With the 2014 Belmont Stakes inching nearer, the fate of California Chrome's Triple Crown bid will soon be decided one way or another at Belmont Park on June 7.

It's been a magnificent start to the Triple Crown slate for California Chrome, as he took both the Kentucky Derby and Preakness Stakes in convincing fashion. There's no doubt that he's a big favorite heading into Belmont, with the only question being whether there are any contenders in the field who are actually capable of catching him.

Let's dive in and take a look at viewing information, odds and everything else you need to know for the race.

A sport-wide celebration 36 years in the making hinges on one final race.

Horse racing hasn't seen a Triple Crown since 1978, when Affirmed became the third horse in six years to complete the trifecta that has become seemingly impossible in today's racing landscape.

Great horses have come and gone since Affirmed. Actually, 12 horses in total between 1978 and 2013 have won both the Kentucky Derby and the Preakness.

None went on to win the Belmont and achieve the Triple Crown.

California Chrome is the unlucky No. 13, but if his performances on the track are any indication, his fortune is more on the dominant side than anything.

He entered Churchill Downs coming off four consecutive race wins, amassing a 24-length advantage in the four showings combined. That made him the favorite at the Derby, and he didn't let the bettors down as he took over down the stretch and edged out Commanding Curve for the win.

Two weeks later, he was doing the same at Pimlico Race Course, separating himself from the field down the stretch before holding off Ride on Curlin for his sixth straight victory and just one shy of history.

Entering Belmont, it was all positives from the colt, per NYRA (via BelmontStakes.com):

"He actually surprised me, how good he was feeling this morning," said Alan Sherman, assistant trainer to his father, Art Sherman. "It's amazing how quick this horse is bouncing back off these big races he's running. He was dragging me around the shed row, he dragged (exercise rider) Willie (Delgado) around the track today. He was really feeling good."

California Chrome is the center of all the talk leading up to Belmont, and there's really no doubt about that. But there is no shortage of horses among those in the field who can—and will hope to—spoil his day.

Ride On Curlin is one of them. After nearly catching up to California Chrome at the Preakness, he's been turning heads in preparation for the Belmont, per HRTV:

However, in order to ruin California Chrome's day, trainer Billy Gowan's horse will have to adjust to another jockey change.

Calvin Borel was replaced by Joel Rosario entering the Preakness, but Rosario chose to ride Tonalist at Belmont. It didn't take long for Gowan to find a replacement, per Daily Racing Form's David Grening:

Whether it's Ride On Curlin, Danza, Social Inclusion or another formidable horse, none will be expected to run on June 7 quite like California Chrome.

Trainer Art Sherman's horse has previously held off the best competition that will be Belmont, whether it was at Churchill Downs or Pimlico. Any horse emerging as a serious threat has already been handled by California Chrome at least once as of late.

The 1 1/2-mile track will be an obstacle, as he hasn't run that length yet in his career. But that's not against the norm of every horse who races at Belmont, which is known as the marathon of the Triple Crown circuit.

Unless those extra furlongs bring out a side of California Chrome that we haven't seen, he should be able to hold off the field and make history. 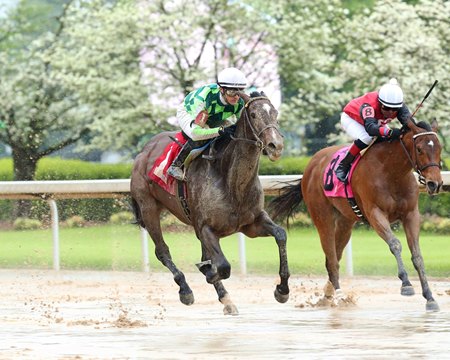 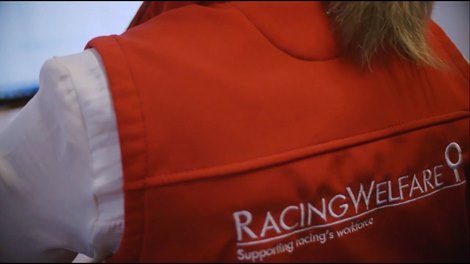 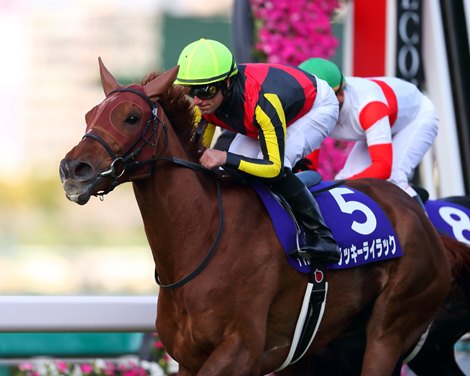 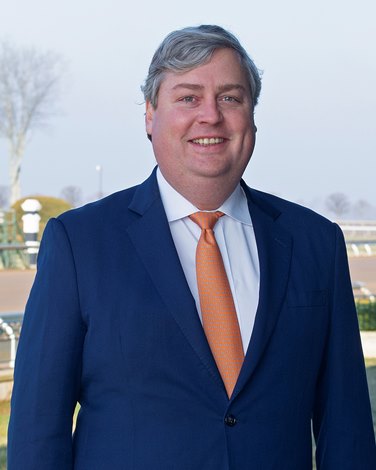