Continuing this year's trend of strongly considered coaching candidates with no actual coaching experience, Earl Watson wants in. His entry into the proceedings could result in him becoming the Utah Jazz's next head coach.

The point guard who spent the 2013-14 season playing limited minutes for the Portland Trail Blazers may be only 34 years old and hasn't technically retired from the NBA, but Chris Haynes of CSNNW.com is already reporting that Watson has his eyes on the role previously occupied by Tyrone Corbin:

Earl Watson of the Portland Trail Blazers has a strong desire to become the next head coach of the Utah Jazz and would relish the opportunity to interview for the position, league sources associated with the guard informed CSNNW.com.

That's not it, though, as the best player on the Utah roster has already publicly voiced his support for Watson.

Gordon Hayward, who played with the floor general for the first three years of his young career, went on the record by stating the following, also via Haynes:

I’m definitely pulling for Earl to get the job. He’s a great guy and has a great basketball mind. If he did become our coach and I got to play under him, it would be great because I know how hard he’ll work and prepare us. He’s a true professional and I think no matter where he ends up, he’ll be a great head coach in the NBA.

Ultimately, age doesn't really matter in the coaching search. Not anymore, at least.

Brad Stevens was the youngest head coach in the Association during the 2013-14 season, and he's 37 years old. Sure, Watson is three years his junior, but should that really have an impact on his candidacy if he's actually prepared for the job?

No, I'd argue. Hayward would agree. And so too would Hubie Brown, the 80-year-old former coach who might be willing to hop on as Watson's lead assistant.

"He is a top professional. He has a high IQ, very coachable and very bright. He doesn’t miss a thing," Brown told Haynes, while also revealing that Watson turned down a coaching gig with St. John's to play for Portland this season. "He’s very inquisitive. He sees things, but picks his spots. I always say that he was one of the toughest kids to ever play for me. He’ll make an excellent NBA head coach."

This shouldn't come as much of a surprise. It's not exactly a secret that Watson would eventually make it onto a sideline once his playing days were done. Gordon Monson hinted at as much during the 2012-13 season for The Salt Lake Tribune, back when the point guard was still on the Utah roster:

While Watson, now in his 12th NBA season and his third with the Jazz, is still playing, in a limited role, the teaching part of the game is taking over. He’s played for and received additional lessons from basketball gurus such as Jerry West, Nate McMillan, Hubie Brown, Larry Bird, Dick Harter, Jack Ramsey and Jerry Sloan.

And Watson himself won't discount the impact that those legendary names have had on his career.

"So many amazing coaches," he told Monson. "I’ve been in basketball heaven. I think I have no choice but to coach. If I didn’t, it would be like somebody learning under da Vinci or Van Gogh and then deciding to do something else. It’s like, 'What are you thinking?'"

Not every pupil of Leonardo da Vinci or Vincent Van Gogh turned out to be a standout artist in their own right, though. And therein lies the hesitation for the Jazz. But then again, Watson's name fits right in with this year's trend.

After all, this offseason has already seen Derek Fisher's name pop up in the New York Knicks coaching search, even though he's playing for the Oklahoma City Thunder during the postseason. Steve Kerr was already hired by the Golden State Warriors, even though he had no coaching experience on his resume. John Stockton, another former point guard with a dearth of coaching experience at a non-youth level, is also up for the Utah job.

And this offseason comes on the heels of a season in which Jason Kidd completed his first year on the sidelines, which began days after his retirement from the Association as a player.

Why not Watson next? 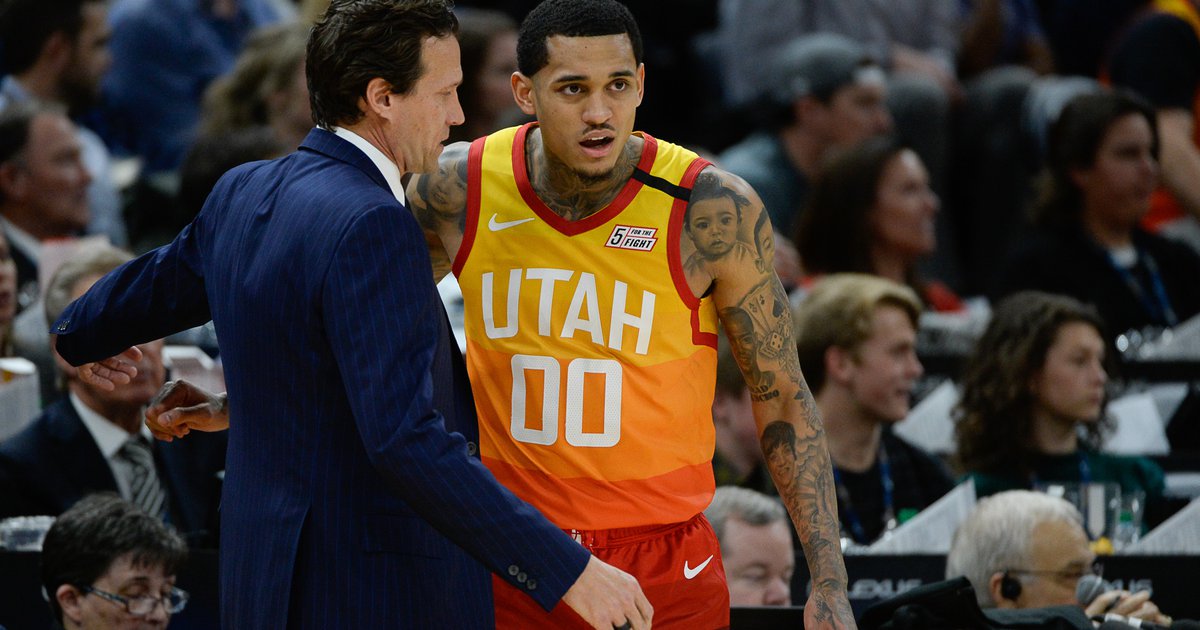 By Eric Walden
via The Salt Lake Tribune