Anthony Ruiz's crooked face brought forth a smile and some timely advice from Vladimir Putin.

A judo black belt who penned a book and starred in a DVD touting the grappling art, Putin is said to be especially enamored with combat sports because of what they reveal about people.

In recent years, Putin famously sat ringside in Moscow and Saint Petersburg paying respects to ethnic Russian heavyweight icon Fedor Emelianenko. Neither of those bouts, however, provided the former KGB officer a chance to see the mettle of a man.

Eighteen months before the world visited Sochi for a slushy Olympic march inside the ring of steel, the Russian president joined friends at the seaside resort for a sports festival featuring one of his favorites: mixed martial arts.

Ruiz's status, of course, can’t touch Emelianenko's, though he has earned a reputation during his 50-fight journey. Before meeting Alexander Shlemenko in Russia two summers ago, Ruiz competed exclusively in his home state of California for basically any MMA promoter operating there not named “UFC.”

If you saw him fight, you quickly realized he didn’t mind taking a beating. In Sochi, at the age of 34, for a $6,000 purse, Ruiz, of Coarsegold, Calif., endured his worst one yet.

Three days before the bout, ignorant of Russian people, promoters and customs, the man known as “A-Train” arrived in a place seemingly incompatible with winter sports.

None of Ruiz's training partners or coaches owned a passport, so he brought along a friend who did. They navigated around town as best as they could, succumbing to charades to communicate with the locals. When Ruiz wanted to find a place to swim, he took his nose between a couple of fingers and pretended to jump into the deep end of a pool. Another time, craving a steak, he actually stooped to mooing.

Ruiz eventually found a workable translation app for his phone that helped with the basics, but on fight night, it proved less than useful. As the only English speaker on the card he felt uncomfortable, in part, because of concerns about the rules. Ruiz had grown accustomed to competing under California State Athletic Commission regulation.

There wasn’t anything similar in Sochi, he said.

The American middleweight could have wrapped his hands however he wanted, he thought. Or used whatever drugs he wished—which in a way made sense considering the venue’s makeshift backstage, with large beds and lounge chairs suited for that sort of thing.

The area along the coast of the Black Sea was muggy. Tropical even. It was damp enough so grass appeared green without being watered.

"Almost somewhere I'd take my wife," Ruiz said. "It was pretty bad ass."

To his chagrin, so was Shelmenko, who "hit me probably a thousand times," tallied Ruiz. "My nose was broken all the way to the side in the last round. It was brutal."

Alexei Zhernakov, Shlemenko's manager and matchmaker for the evening’s promoter, League S-70, described Ruiz's night like this: "He got the crap beat out of him."

The outgunned American was put down on several occasions, the first just three minutes after the opening bell. Said Shlemenko: “There were a couple times when I knocked him down and could have kept pounding him, but I didn't do it. I allowed him to stand. I didn't take advantage of it.

“Putin was right to tell me I fought nobly—I didn't want to kill Ruiz in the ring."

Putin thought enough of the American's resilience and courage to offer a standing ovation, kind words and significantly more.

Immediately after the fight, with the tone of one friend telling another they have food stuck between their teeth, the Russian president offered this advice in English.

Said Putin: “You need to fix your nose.”

Inside the ring, minus the fun of charades, Ruiz clasped his nose between his fingers and rearranged tangled cartilage from a chicane to a straightaway. Just one more battle along the way, he thought.

Two weeks after returning home, mostly recovered by then, Ruiz’s phone rang. The voice on the other end spoke English, although it was obvious this was an intermediary for a Russian party who could be overheard in the background.

Ruiz was asked about his health.

Did he need anything?

He was fine, he said.

Then he was asked for a SWIFT code—the standard means of transferring money between banks, especially internationally.

Ruiz didn't have a clue. He visited his bank to inquire why anyone would want to know such a thing.

Two days later, after deciding to play along, $50,000 was wired into his account from the Russian Federation.

Understandably, Ruiz freaked out. He checked with his financial institution and was told, indeed, it’s real money and, better yet, his to keep.

For all Ruiz knew, a third wire transfer, also to the tune of $50,000, represented the number of times Shlemenko buried him in Sochi.

“The bank was telling me there's some people who aren't all that straight doing transfers and stuff like that,” he said. “I also knew it was coming from Putin, and he's one of the wealthiest persons in the world. So, really, $150,000 ain't that much to him. That's what I'm telling myself to justify it. Sure enough, I kept it in there and left it alone. It was real. It really happened.”

He couldn’t be blamed for pulling up his balance from bed at 6 a.m. the next morning, but that was it. The transfers ended, leaving the middleweight’s family and friends ecstatic, in disbelief and even frightened.

When they asked how in the world this could happen, Ruiz answered as best as he could: “Well, I offered my life. I was there. I was willing to die. And it showed on film."

He’s never been rich, or close to rich. So a hundred-fifty grand in three days thanks to Vladimir Putin? This was life-altering stuff. Ruiz purchased a home and paid down debt.

But because the transactions appeared tied to the Russian government, there was some thought that the money carried with it an added element of danger. Zhernokov claimed the $150,000 belonged to sponsors operating on behalf of Putin, “our special guest,” not the Kremlin directly.

When word leaked about Ruiz’s good fortune against Shlemenko—Bellator’s current middleweight champion, who to this day is bothered that he didn’t receive a piece of the Putin performance bonus—Zhernakov told fighters that what went down in Sochi was a “once a century” moment.

Ruiz recently returned to Russia to fight in Yuzhno-Sakhalinsk, which is situated on the opposite side of the nine-time-zone nation from Sochi. With Putin attempting to annex Crimea from Ukraine, the Russian president wasn't able to watch Ruiz win a decision over unknown Ramazan Mukailov.

"I would think that I'm not going to get that lucky twice," Ruiz said, "but you never know."

Josh Gross has reported on mixed martial arts since April 2000. He served as executive editor of Sherdog.com before covering MMA for SI.com and, most recently, ESPN. He can be found on Twitter at @yay_yee. 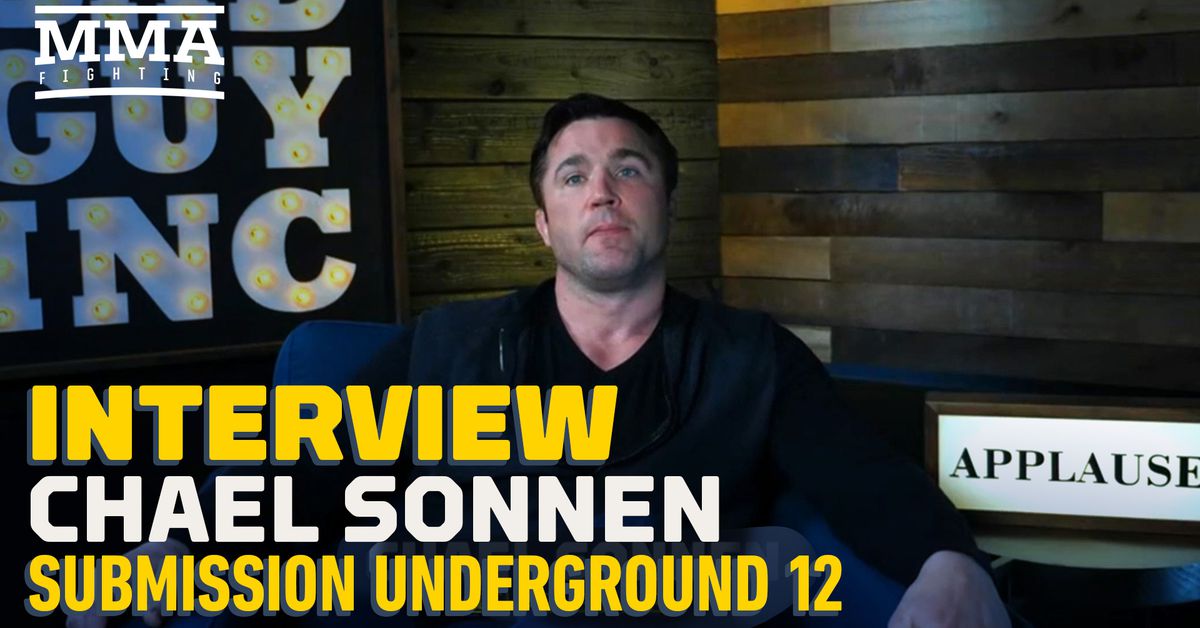 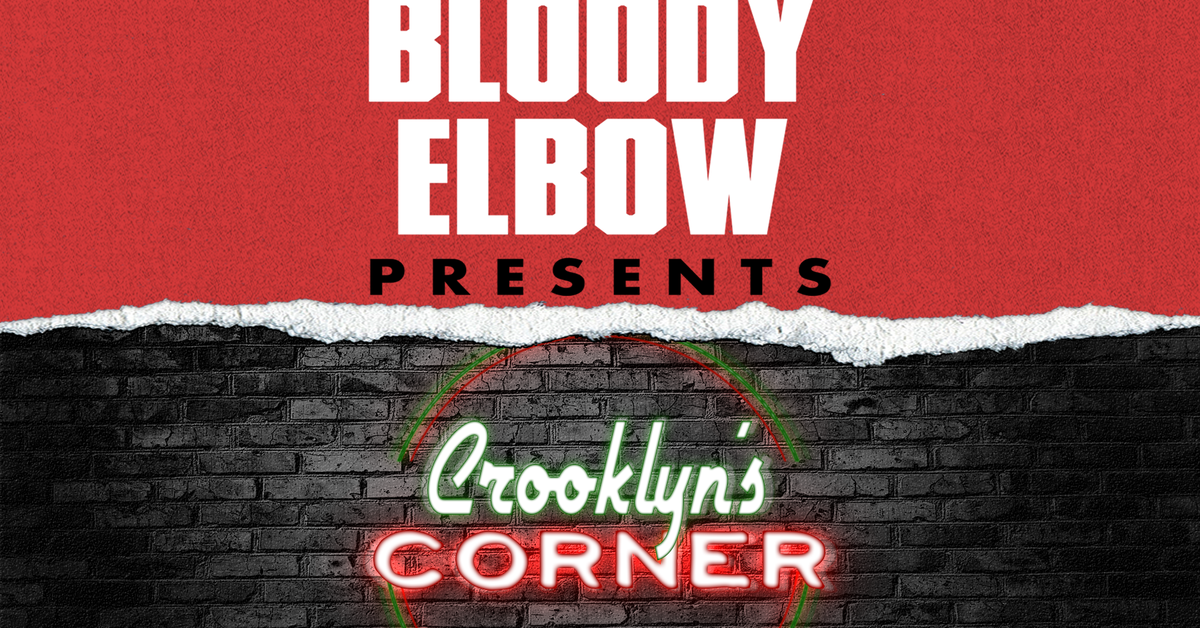