Kendrick Nunn, who hails from Simeon Career Academy in Chicago, originally committed to play his college ball at Texas A&M. After later reopening his recruitment, Nunn committed to play for Illinois' new head coach John Groce in the fall of 2012.

Nunn and Tate were joined by three others to round out the 2013 recruiting class. Nunn finished as the 60th-ranked prospect in the Rivals150, followed closely behind by Belleville East's Malcolm Hill at 62 and New Jersey's Austin Colbert at 97, both of whom are current freshmen at Illinois.

Maverick Morgan, a center from Ohio, is also a true freshman, along with Tate, though neither were as highly recruited. Still, Tate was the most ready for college basketball upon his arrival to campus and was rewarded with the team's sixth-man role and received the most playing time of the youngsters.

Nunn went through his lumps during nonconference play while adjusting to college ball. In his third career game, Nunn only saw the court for two minutes in a win over Valparaiso. Just over a week later, he was limited to four minutes of action in a come-from-behind win at UNLV.

Of the team's 13 nonconference games, Nunn only connected on multiple field goals four times. In Illinois' win over Missouri in December, Nunn played 20 minutes off the bench. Though he only scored three points, he contributed three steals and was a defensive replacement for Jon Ekey late in a small-ball lineup.

Nunn played that same role on New Year's Eve, in an overtime victory over the Indiana Hoosiers, as Groce swapped Ekey and Nunn out offense-for-defense late in regulation and throughout overtime. Through the team's first 10 league games, Nunn scored between four and eight points every game, while typically playing minutes in the teens.

But after eight straight losses, Groce decided it was time for a change, a decision that was probably a few games overdue. Nunn and Hill entered into the starting five against Penn State, alongside juniors Tracy Abrams, Rayvonte Rice and Nnanna Egwu, a lineup they have kept ever since.

Nunn led the Fighting Illini with 19 points in 31 minutes of action at Penn State on 7-of-13 shooting, including 4-of-9 from behind the arc. One of those triples came late and served as a dagger to Penn State's chances of staging a comeback.

After scoring nine and five points against Nebraska and Ohio State, Nunn was back at it on Wednesday. Once again Nunn dropped 19 points on the road, leading the Illini to only their second victory since January 4. Nunn played 33 minutes and shot the same 7-of-13 from the field, though this time making 5-of-7 shots from long range.

The Simeon duo delivered the final blow to the Golden Gophers, after a Tate steal and pass to a surging Nunn led to a monster slam dunk on the other end of the court. Though Illinois' record only improved to 4-10 in league play, they played spoiler to the Gophers, who are currently a bubble team.

At 6'3" and 180 pounds, Nunn is a natural shooting guard. His season averages consist of 5.4 points, 1.3 rebounds, 0.9 assists and 0.6 steals in 16.3 minutes of PT, while shooting 43 percent from the field, 37 percent from three-point land and 81 percent from the foul line. Those numbers should only continue to rise with an increased workload and starting role for Nunn.

Nunn has a smooth left-handed stroke and prefers shooting more from the corner or wing than the top of the key. He is a fearless driver to the basket, though his preference to use his dominant left hand is noticeable. Nunn could also be a top-tier defender, who got under the skin of Penn State star D.J. Newbill back in January, leading to Newbill throwing a punch at Nunn and an inevitable ejection from the game.

Another Simeon star will be joining the Fighting Illini program in 2015, as current prep junior D.J. Williams committed to the Fighting Illini recently. Nunn also holds the honor of wearing jersey No. 25 for the orange and blue, a tradition that former Simeon players who later went on to play for Illinois have held since Nick Anderson started it in 1984 following Benji Wilson's death.

Though the 2013-14 season hasn't gone according to plan for the Fighting Illini, it's not a lost cause just yet. Illinois would need to win their final four regular-season games, on top of a win or two at the Big Ten tournament to even be in discussion for the NCAA tournament. Otherwise, it'll take four wins in four days to get Illinois into the field of 68, a feat that while not likely, could be done in this season of parity in the Big Ten.

Regardless of how the rest of this season plays out, the 2014-15 Fighting Illini will be more competitive. With Nunn and Hill's entrance in the starting lineup, the team will return all five starters, plus three transfers who averaged double-digit scoring at their previous schools, as well as two incoming recruits. Groce has Illinois' program on the right track, and Nunn will be a name to remember over the next three-plus seasons.

Beilein leaving the Cavs. Will he head back to CBB? 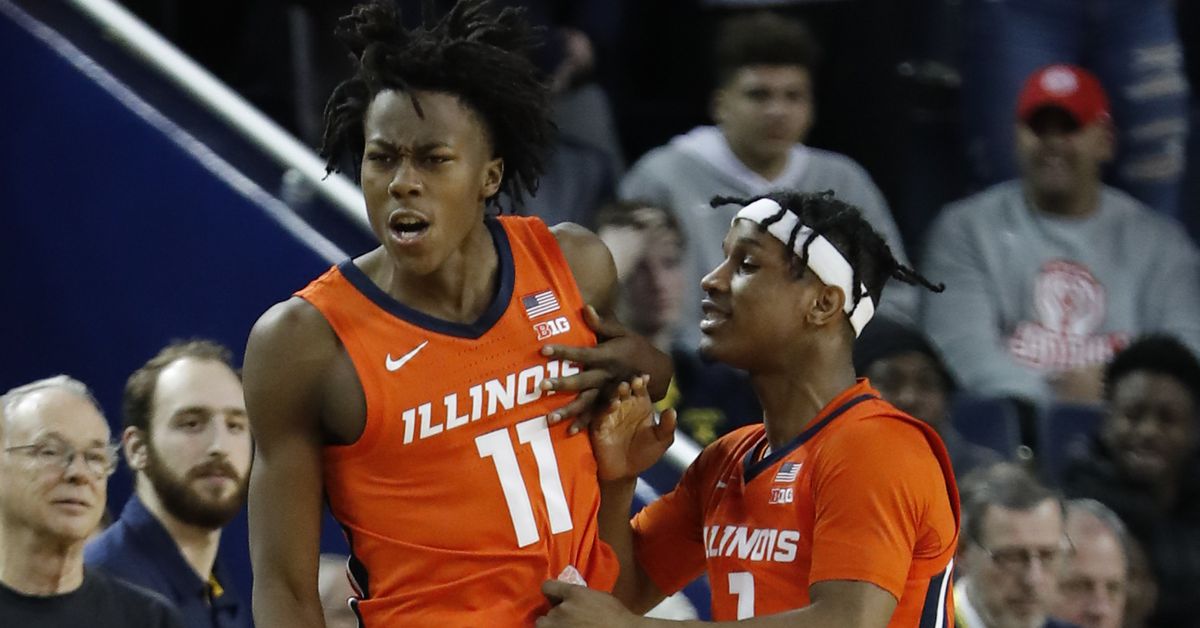