Thomas is calling it quits in Raleigh.Jeremy Brevard-USA TODAY Sports

That’s exactly what quarterback Pete Thomas must be thinking after Pack Pride announced that he would be transferring from North Carolina State following his graduation in May:

Wherever Thomas lands, it will mark the third stop of his collegiate career. Prior to his arrival in Raleigh, N.C., in 2012, he played two seasons at Colorado State in 2010 and 2011.

Although he only spent two years with N.C. State, Thomas was grateful for the opportunity.

“I want to thank Coach [Dave] Doeren, my teammates and all the fans,” the El Cajon, Calif., native told Pack Pride. “I have great respect for this staff and I believe they will turn this program around. I’m proud that I will earn my degree from such a great university.”

Last season, Thomas appeared in nine games for the Wolfpack, making six starts. He threw for 1,667 yards, four touchdowns and nine interceptions with a 60.3 percent completion rate while adding another 162 yards and two scores on the ground.

However, due to his struggles, the team didn’t think twice before turning to senior Brandon Mitchell under center for the majority of the second half of the season.

Now, North Carolina State is in somewhat of a bind, as both quarterbacks will be leaving. Mitchell is set to graduate.

Soon-to-be senior Jacoby Brissett is expected to be a front-runner for the job heading into spring practice.

“Pete [Thomas] has been a great teammate and a very positive representative of NC State athletics,” Doeren told Pack Pride. “I have really enjoyed coaching him and want him to be successful as a player and in life. Going forward, I will do anything I can to help him through his transition as a transfer.”

No need to worry, coach. As The Charlotte Observer’s Jonathan Jones notes, Thomas seems to have it all figured out:

Can he follow in the footsteps of former Wolfpack quarterback and Super Bowl champion Russell Wilson?

Only time will tell.

All stats and rankings used in this article are courtesy of CFBStats.com.

For complete coverage and everything college football, you can reach Sebastian on Facebook, Twitter and via email at Sebastian.LenaBR@gmail.com. 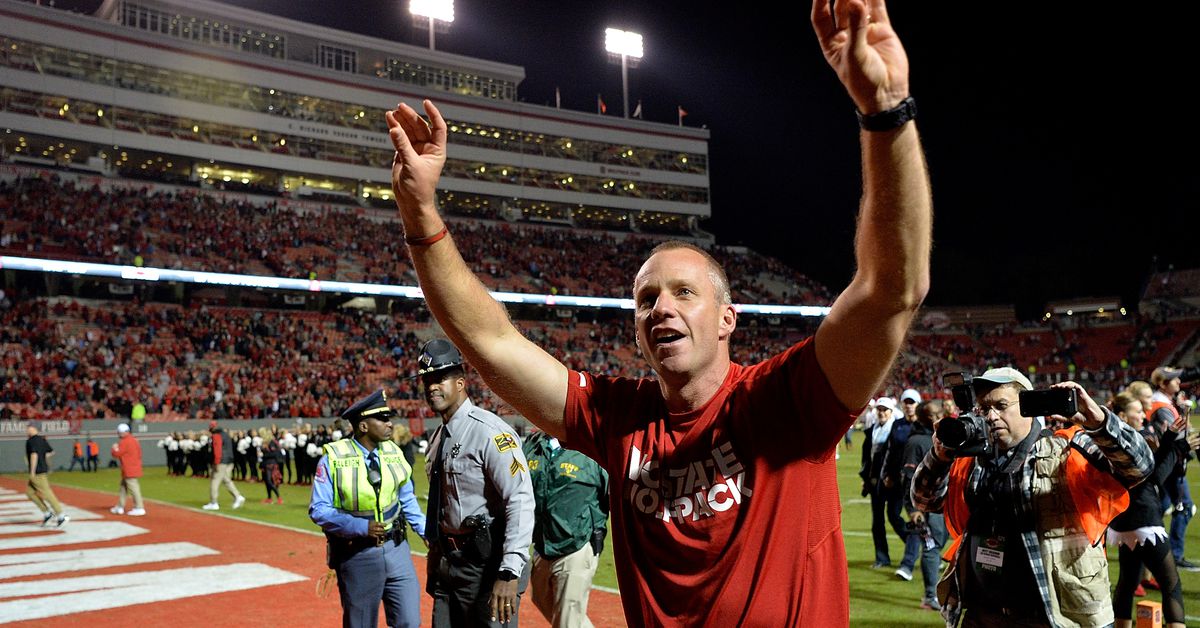 no23sports
via Backing The Pack