Oregon has a long history of recruiting the Hawaiian islands and looks to be at it again at the most critical position.Scott Olmos-USA TODAY Sports

The Oregon Ducks introduced their 2014 recruiting class on Wednesday when head coach Mark Helfrich met with the media.

247Sports.com indicates that the program has 20 commitments, including four defensive linemen. Unfortunately, other than Jalen Jelks, the Ducks were unable to add a true defensive tackle, which is the roster's biggest need.

That might not be the case for very long, however.

Oregon has never been shy about pursuing under-the-radar players from off the beaten path. The program has a long history of digging up players from the Hawaiian islands and could be at it again. According to Matt Prehm of 247Sports (subscription required), the Ducks are pursuing defensive tackle Ratu Mafileo from Honolulu.

Mafileo definitely qualifies as a sleeper, but the Ducks couldn't care less about how Mafileo is labeled. He has the size to help shore up the middle of the defensive line in Eugene.

While the Ducks have some big bodies, they aren't the gap-controlling, run-stopping type needed to hold up through four quarters against a team like Stanford.

Oregon doesn't care if he qualifies as a sleeper, but the Ducks do need him to qualify. According to Prehm, the Ducks were set to host Mafileo on a visit last week, but cancelled his visit due to a hold-up concerning his transcripts. After speaking with Mafileo last week, Prehm wrote the following:

Mafileo said Oregon had hoped to get him out for an official visit this weekend if his transcripts checked out, and he felt confident they'd clear Oregon's checkpoints. Mafileo says he could now end up visiting Oregon the following weekend after National Signing Day to take an official visit.

The hold-up appears to be that the school has yet to clear his transcripts due to him emerging on Oregon's radar so late in the process.

Recruiting never stops, with players having until April to sign scholarship papers and be admitted into the 2014 class. Despite missing on Trey Lealaimatafao and many other defensive tackle targets, the Ducks could well be waiting by the fax machine again within a few days.

Going back a couple of weeks, Matt Prehm of 247Sports was the first to report on the communication between Oregon and Mafileo, who told Prehm:

Oregon’s coach told me he needed to get back to the mainland ASAP because he loved my film and wants to get my info to the head coach and their academic people.  They want to get me out to Oregon for an official visit as quickly as they can. I am only going to visit Oregon at this time. I want to see them first. They are my favorite school right now. Like I said, if they offer I will commit.

I may sign on NSD, but I might also have to push it back a week or so and wait and see.

So after missing on some late targets in the middle of the defensive line, it could be much ado about nothing. It is clear that Mafileo wants to attend Oregon and the Ducks want the same.

The Ducks haven't had much luck in terms of recruiting the position, but Mafileo could be a hidden gem that starts to turn things around for the Ducks in that regard.

It appears to be a waiting game at this point. Assuming that his transcripts are cleared by the university, the big man from the islands could be on his way to Eugene.

Did You Forget About Four-Star Receiver Devon Williams? Did You Forget About Four-Star Receiver Devon Williams? 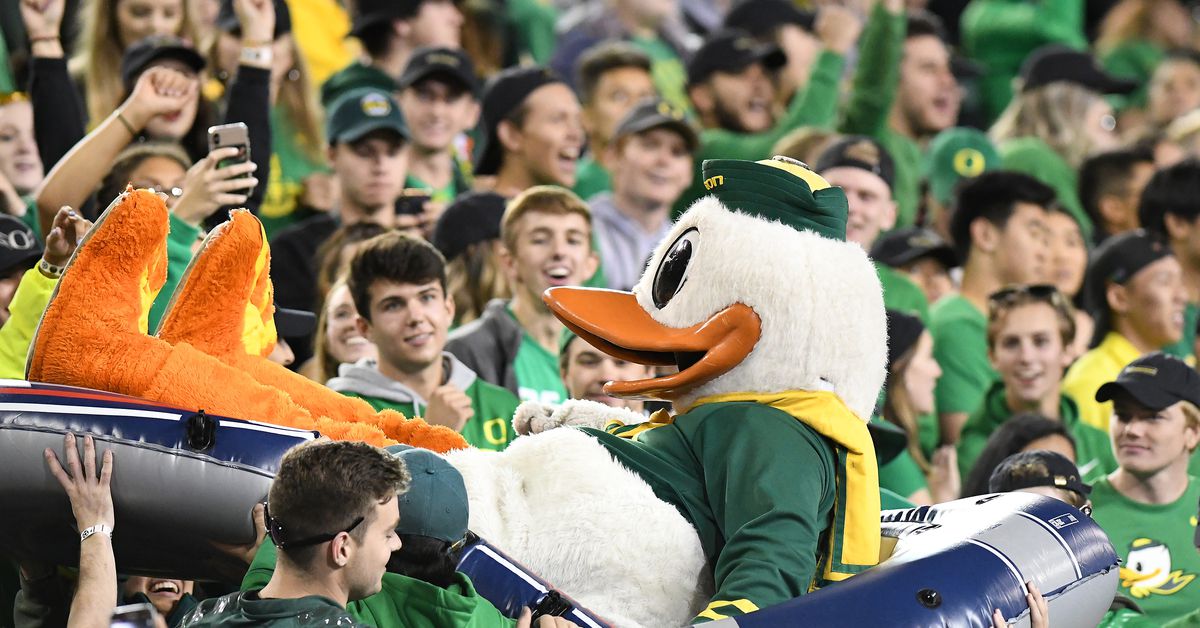 AdamChimeo
via Addicted To Quack