The Seattle Seahawks dominated Super Bowl XLVIII from the go, as the safety that was gifted to them on the first snap of the game proved to be a sign of things to come. Seattle's defense forced four turnovers and were dominant throughout the game.

The Lombardi Trophy goes to Seattle and its "12th Man."

Final Analysis for the Seattle Seahawks

Pass Offense: Russell Wilson was able to tack on a couple of touchdown throws in the second half, checking out of the game with about four minutes left to play. He finished the day 18-of-25 for 206 yards.

Doug Baldwin and Jermaine Kearse were both on the receiving end of Wilson's touchdown passes, combining for nine grabs and 129 yards. The offensive line did not allow a sack all game.

Run Offense: Percy Harvin's two carries for 45 yards were enough to lead the team in rushing yards. Marshawn Lynch and Robert Turbin struggled throughout the game, but it didn't really matter. As a team, the Seahawks ran for 135 yards and a touchdown on 29 carries.

Pass Defense: The dink-and-dunk passing offense of the Broncos failed to accomplish anything major in the game. Peyton Manning was intercepted twice and harassed throughout, passing for 280 yards on 34-of-49 passing.

The Broncos receivers struggled to break tackles and were incapable of finding any running room after making a catch. Chris Clemons had the only sack of the game.

Run Defense: The Broncos went from 19 yards on eight carries in the first half, to 27 yards on 14 carries for the game. After falling behind by so much, the running game fell out of the picture for the most part. The Seahawks finished with six tackles for a loss of yardage and Bobby Wagner led the team with 10 tackles.

Special Teams: For the second consecutive Super Bowl, the second half opened with a kick return for a touchdown. Harvin was able to take it from 87 yards out, putting an end to any comeback hopes.

Coaching: Seattle was ready to play and the Broncos were not. The Seahawks defense absolutely dictated the flow of the game from start to finish, and the offense was consistently able to put up points no matter where they started on the field.

First-Half Analysis for the Seattle Seahawks

Pass Offense: The offense hasn't had to work too hard today after being handed a safety, a touchdown drive that started on the Denver 37-yard line and an interception return for another touchdown.

Wilson threw a couple of errant passes early, but is still 9-of-14 for 94 yards through the half. Baldwin leads the receivers with three catches for 50 yards.

Run Offense: As expected, it has been tough sledding in the ground game. If not for two long end-arounds to Harvin for 45 yards, there wouldn't be much to speak of. Overall, Seattle has rushed for 72 yards on 15 carries.

Pass Defense: The "Legion of Boom" has held serve through the first half, keeping the Broncos receivers in front of them and making tackles. Kam Chancellor and Malcolm Smith have each intercepted passes, and Smith's was returned for a score.

The front seven has done a great job of putting pressure on Manning despite being held sackless. Manning has been hit several times and has not had a clean pocket to pass from.

Run Defense: The Broncos have 19 yards rushing on eight carries, failing to find any running space with consistency. Seattle's front has dominated the line of scrimmage, racking up four tackles for a loss. As usual, Wagner leads the defense in tackles with six and has been a force throughout.

Special Teams: The coverage units have done a great job, for the most part, of snuffing out any major returns by Trindon Holliday. Steven Hauschka is 2-of-2 on the day after nailing his chip-shot field goals.

Coaching: Seattle's staff has done a great job of scheming to take away the bread and butter of Denver's offense, while being their typical selves offensively. The players have not been overwhelmed by the big stage and have maintained the quality of play that has gotten them to this point. 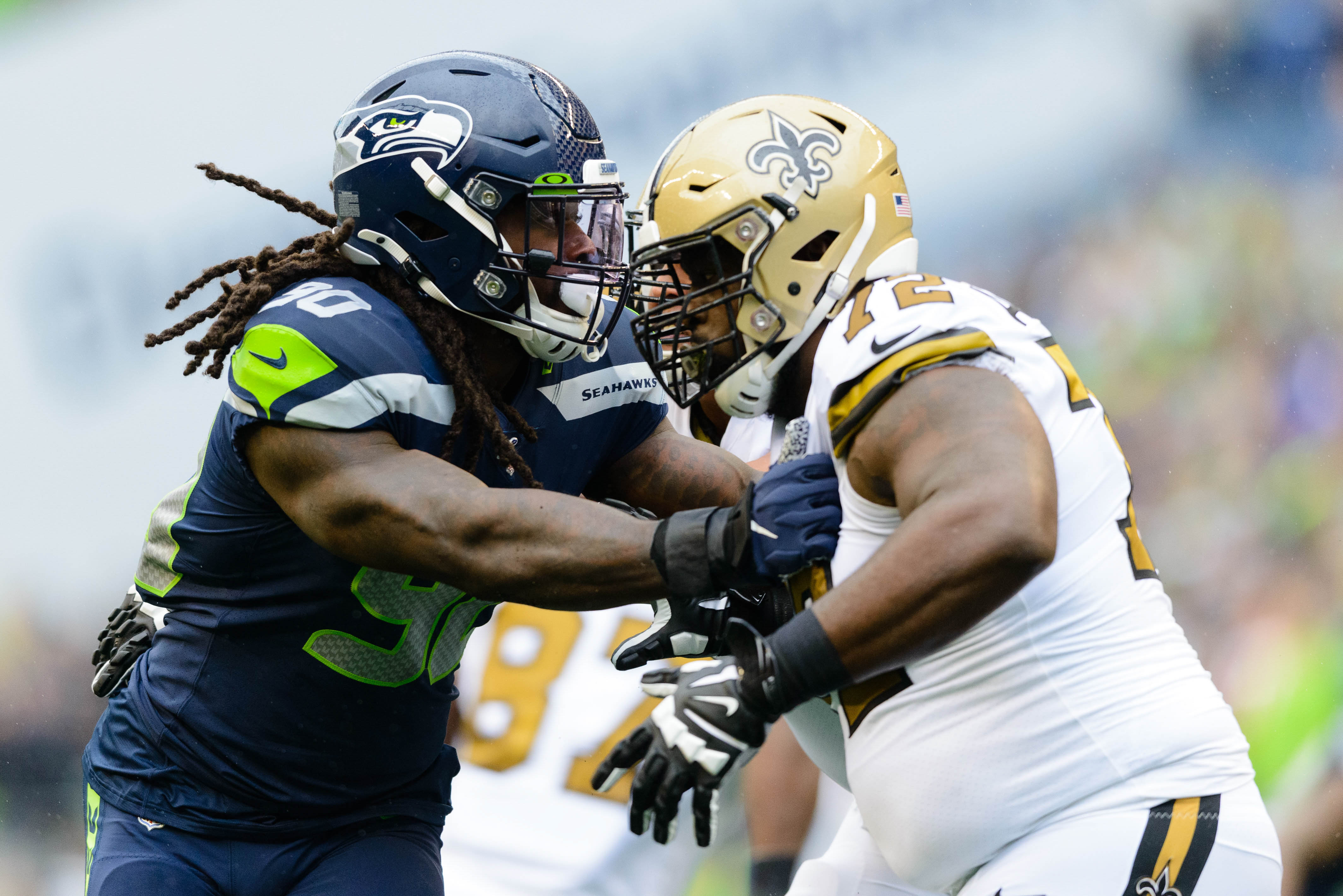