The hoops world is clearly buying his work, as the third-year guard was recently selected as an Eastern Conference All-Star starter.

In a league run by superstars, Irving has established himself with the ruling class—despite having some glaring holes in his resume.

The 21-year-old is charismatic, immensely talented and unbelievably exciting to watch. He's also the NBA's most overrated superstar, and he's facing an uphill battle in shedding that label.

When the Cavs won the draft lottery in 2011, they seemed to be staring at a jackpot prize.

Just one year removed from LeBron James' infamous exit, Cleveland needed more than talent. It had to find a franchise cornerstone, the type of player who could carry his team and ignite a city.

Irving's track record said he was the perfect man for the job. A natural point guard packing a mighty scoring punch while always keeping a keen eye out for his teammates, he was a no-brainer (and, potentially, a game-changer) for the Cavs.

Some two-plus years into his Cleveland stay, though, the franchise is still waiting for him to have a superstar impact. In fact, this group looks strikingly similar to the 19-win outfit he was supposed to save:

Irving himself doesn't look much different than the player who captured Rookie of the Year honors two seasons ago. If he's made any strides in his game since, he's given them back in other areas.

Yet individual production is supposed to be Irving's calling card. His team hasn't gotten any better since his arrival, so his superstar ascent has been based solely largely on his solo stat sheets.

That's a flawed approach for a few different reasons.

First, he shouldn't be turning many heads off his numbers alone. They're just not good enough to warrant his lofty standing among the fans.

"Last season, I would've told you Irving was a top four or five point guard," Fox Sports Ohio's Sam Amico wrote. "This year, I'm not so sure -- and [Derrick] Rose and the Celtics' Rajon Rondo have been injured, so they're not even in the discussion."

What's worse is that Amico was actually trying to make the point that Irving isn't overrated—by leaving Irving out of the top five point guards, ranks that don't include Rajon Rondo or Derrick Rose, either.

That's how far Irving's stock has slipped, even if fans still think they're seeing the same returns.

Beyond his own struggles, though, there's a problem with celebrating a player who can't even make his team respectable. The fact his position is the easiest to elevate teammates from complicates an already erroneous measure.

"At some point, winning has to matter more than All-Star games, 3-point shootouts and even USA Basketball," Jason Lloyd of the Akron Beacon Journal wrote. "At some point, if Irving wants to be considered the best in the league, he has to win."

If the Cavs (16-28) can't win in this Eastern Conference, they may never win again. At least, not as long as their superstar continues neglecting one end of the floor.

Cavs coach Mike Brown was supposed to fix this issue.

During his first stint in Cleveland, the Cavs posted a top-15 defensive rating in each of his five seasons at the helm. Three of those seasons, they landed inside the top 10 and twice forced their way into the top four.

Brown's offense was fairly vanilla, but Irving's offensive creativity made it worth the risk. Provided, of course, that the coach could get his star point guard to play both ends of the floor.

Well, Irving has suited up 41 times for Brown. And he looks as lost as he's ever been on defense:

Even in this age of advanced statistics, reliable defensive metrics remain largely elusive. The ones we do have at our disposal, though, don't shed any favorable light on Irving.

On the season, he's been the difference between Cleveland having a dominant defense and an overly porous one.

With Irving on the floor, the Cavs have allowed 106.3 points per 100 possessions. Stretched out across the season, that would be the league's fifth-worst defensive rating. When Irving takes a seat, that number drops all the way to 99.5. Only the Indiana Pacers, Chicago Bulls and Oklahoma City Thunder have a better defensive rating than the Irving-less Cavs.

Now, on/off splits can be skewed by the other players on the floor. But with players like C.J. Miles and Anderson Varejao, both of whom share the starting lineup with Irving, the Cavs get worse when those two leave the floor.

As for his solo assignments, Irving has been getting cooked. Opposing players are posting an 18.6 player efficiency rating—league average is 15.0—against him on the season, via 82games.com. He's also been hit for 0.90 points per possession defensively, via Synergy Sports (subscription required), nearly the same amount he's posted at the opposite side (0.93).

Granted, not every superstar is a two-way force.

But Irving isn't a potent enough offensive weapon to compensate for lethargic play at the other end.

Will He Ever Reach His Hype?

Irving could do exactly what he's doing now for the rest of his career and many would dub it a resounding success.

As it stands, he has max money headed his way soon. His global brand is already strong and clearly continuing to grow. The basketball world has anointed him as a superstar and treated him as such.

If he wants the style-over-substance career, he wouldn't be the first player to follow that path.

But if he wants something more, if he truly wants to make an impact in this league, he has to change. There are way too many problems being conveniently swept under the rug right now.

As Lloyd said in defense of his critical column, "I just think we’ve reached the point where he has to take accountability for some of this stuff."

The bad losses, the sieve defense, the lack of growth for both himself and his team—these are all serious problems, and ones that need to be solved.

Irving's not the only overhyped star. But he sits as the game's biggest offender.

It's hard to place that label on anyone entrenched in the playoff race given Irving's inability to carry his team even that far. Carmelo Anthony and Kevin Love are similarly on the outside looking in, but their stat sheets (27.2 points and 9.0 rebounds; 24.9 points, 12.9 rebounds and 4.1 assists, respectively) are a level above Irving's.

Irving has the talent to reach the game's premium pedestal, but he has to want it and be willing to work for it.

No matter how hard the hoops world tries, it can't lift him to that ultimate stage on its own.

Unless otherwise noted, statistics used courtesy of Basketball-Reference.com and NBA.com.

NBA Draft 2020: New York Knicks team needs and how it might affect the Cavaliers 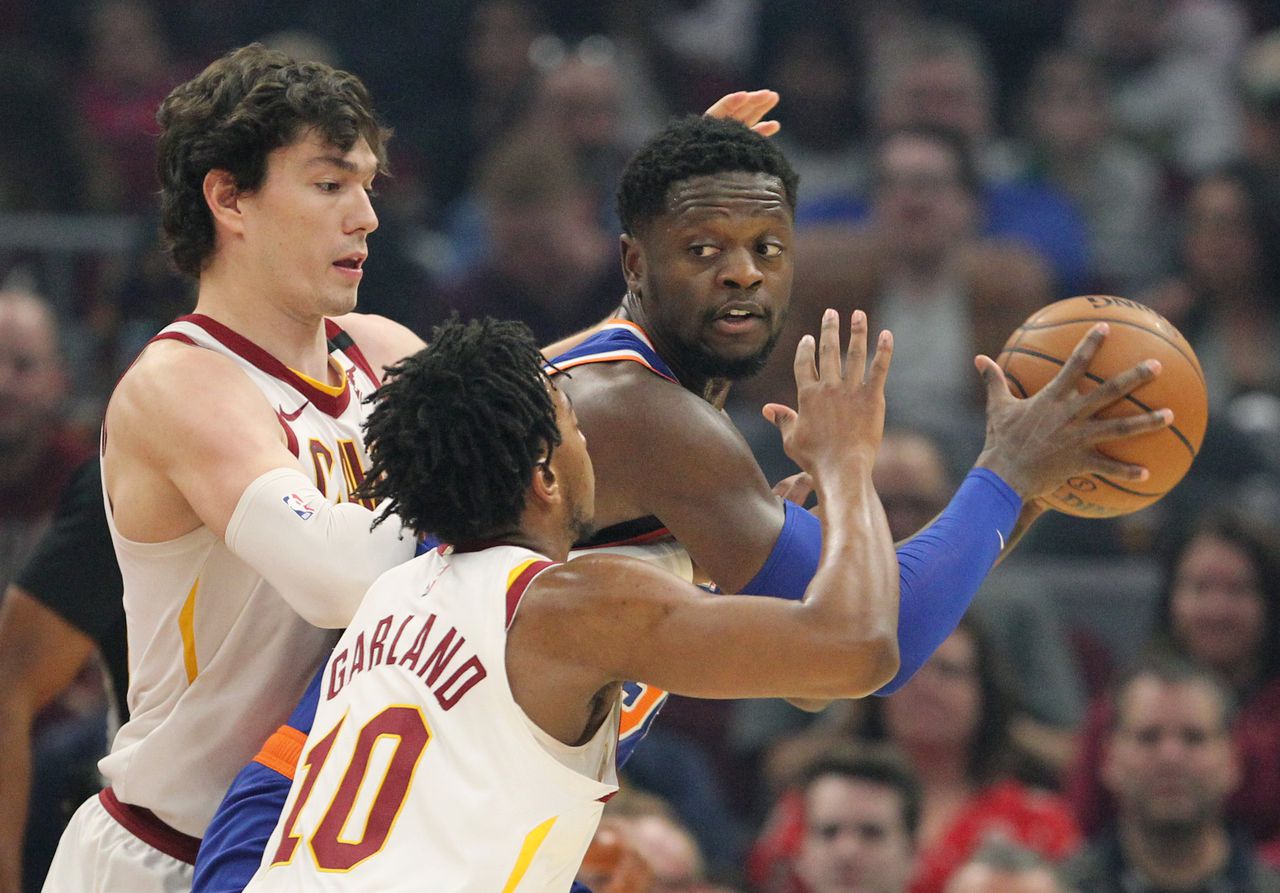 NBA Draft 2020: New York Knicks team needs and how it might affect the Cavaliers