Chances are most of the discussion you have encountered this week regarding the Denver Broncos has been about the all-time great Peyton Manning and his record-breaking offense.

After all, a team doesn’t just shatter records left and right with its prolific scoring just to have its offense overlooked. Manning alone is one of the best quarterbacks to ever play the game, and this year he has weapons such as Demaryius Thomas, Wes Welker, Eric Decker, Julius Thomas and even Knowshon Moreno coming out of the backfield.

Manning testing his 5,477 yards and 55 touchdown passes against the Seattle Seahawks top-rated defense in the NFL is where much of the focus will be when it comes to Super Bowl XLVIII.

Manning casts a big shadow, and that is part of the reason why the Broncos defense is so overlooked. The other part is that first impressions last for a long time, and Denver didn’t exactly look like the '85 Chicago Bears on the defensive side of the ball for much of this season.

Denver gave up at least 20 points in 12 of its first 14 games and even allowed the Dallas Cowboys to score 48, the Indianapolis Colts to score 39 and the New England Patriots to score 34 after halftime. If there was one thing that was going to hold Manning back from reaching the Super Bowl, it looked like it was going to be his defense.

Sure, during those first 14 games, the Broncos gave up an average of 26.6 points and 371.5 yards a contest, but they have completely turned things around recently.

In the last four games (which includes the postseason wins against the San Diego Chargers and Patriots), Denver has given up an average of 15 points and a mere 268.5 yards a contest. What’s more, no opponent has cracked the 20-point barrier, which is more than enough for Manning to work with.

All of a sudden, this once-maligned defense that ranked 27th in the league in passing yards allowed per game looks rather stifling.

Even the high-powered Patriots couldn’t move the ball in the AFC Championship Game until it was too late. Tom Brady and company only had three points after three quarters, and only when the Broncos softened up their zone in an effort to prevent big plays over the top did New England finally start to score.

LeGarrette Blount went from four-touchdown hero against the Colts in the divisional round to a nonfactor against the Broncos with a paltry six yards on five carries.

The Seahawks offense is officially on notice.

What’s even more impressive is that Denver has seen this defensive turnaround in the face of unfortunate attrition. However, Mike Vorkunov of The Star-Ledger points out that those injuries could finally become a problem in the Super Bowl:

Denver lost star LB Von Miller for the first six games of the season, then for the season in Week 16. Then CB Chris Harris, their top corner, tore his ACL in the divisional round. All for a defense that was middle of the pack this year. Seattle is more than capable of wearing down a defense already losing a battle of attrition, with their hardnosed running game likely to test Denver’s depth.

While Vorkunov isn’t wrong about the injuries being a factor, it’s overlooking just how much of a challenge Denver’s defense can provide for Seattle.

The Seahawks rely on Marshawn Lynch and a bruising rushing attack, but even when the Broncos were struggling during the regular season on defense, they were formidable against the run. Denver finished eighth in the league in rushing yards allowed per game, so while it won’t completely shut Lynch down, it will at least slow him a bit.

Furthermore, the Broncos have tallied six sacks in two postseason games, and that pressure could rattle Russell Wilson. Wilson has been sacked an alarming seven times in the postseason and hasn’t exactly been himself as of late.

Wilson threw 22 touchdowns and six interceptions in his first 12 games this year, but he threw for only four touchdowns and three picks in the last four games of the regular season. What’s more, he only has one touchdown pass in the postseason, and while that was a game-winning touchdown, he wouldn’t have even thrown it deep had San Francisco not jumped offside.

If Denver is the one to hold up the Lombardi Trophy after the Super Bowl, it will likely be because of its prolific offense but don’t overlook the defense’s role in this championship stretch. 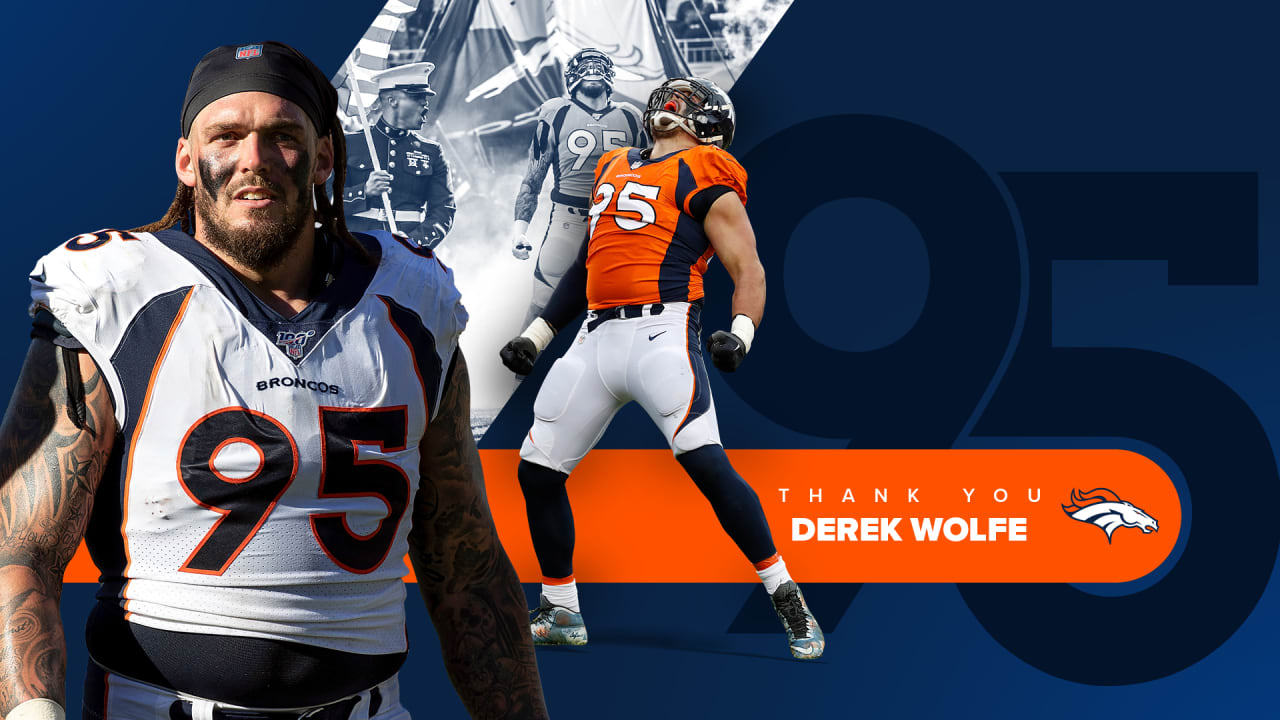 Could the Broncos Trade Up for WR Henry Ruggs III?

Could the Broncos Trade Up for WR Henry Ruggs III?