This season, the supremely talented Demaryius Thomas has hauled in 65.6 percent of the passes thrown his way and amassed 1,618 receiving yards in the process. Since Richard Sherman entered the league three years ago, no cornerback has held opposing quarterbacks to a lower combined passer rating (39.4) when targeted.

As the old saying goes, something has to give.

The battle between Thomas and Sherman is undoubtedly one of the more compelling storylines of Super Bowl XLVIII. With the tidal wave of attention surrounding Sherman after his incendiary postgame interview, he'll have an inordinate amount of attention on him during the game. Thomas has the ability to be effective against Sherman and the Seattle defense, but it'll be the toughest test that he's faced all season.

But Thomas' unique size and speed paired with Peyton Manning's accuracy pose a serious threat to any defense. While he struggled to find space early against the Patriots Aqib Talib last week, he's put up gaudy numbers opposite physical corners like Johnathan Joseph and Lardarius Webb. Sherman will be the most physical of that bunch, but f he can fight his way through the initial contact, he'll have his chances.

Even if Thomas has trouble with Sherman in one-on-one coverage, it's a mere certainty that head coach John Fox and offensive coordinator Adam Gase will use a variety of rub routes and screens to ensure that their top offensive weapon gets the ball. Manning has a fleet of outstanding receiving options to choose from, but the numbers illustrate the importance of getting Thomas involved in the offense. In Denver's three losses, he caught just four passes in each game, while in Denver's 15 wins he's averaged 6.3 receptions.

Thomas and Sherman have never played each other in the regular season, but they shared the field earlier this year for the Broncos preseason matchup against the Seahawks on Aug. 17, 2013. While the majority of the starters only played the first half, Thomas finished with three receptions on five targets for 52 yards. The preseason is a far cry from the Super Bowl, and it's unlikely that Thomas or Sherman will be able to draw much from that game. The two will have to rely primarily on film study.

The cerebral Sherman has remarkable instincts to go along with his impressive physical traits. Quarterbacks have targeted Sherman fewer than any other corner in the NFL in 2013, and when they have, the results haven't been good. He intercepted 13.8 percent of the passes thrown his way in the regular season, easily the highest percentage in the NFL.

Since Manning's arrival in Denver prior to the 2012 season, only two players have more receiving yards than Thomas. He has a penchant for making spectacular plays, and he has registered a whopping 48 plays of 20 yards or more in the last two years.

Thomas finished with 134 receiving yards in the AFC Championship.Elsa/Getty Images

In a matchup of two of the game's best, who will come out on top?

If Sherman can contain Thomas and help lead his team to a victory, he'll ascend into the upper echelon of all-time NFL cornerbacks amongst the likes of Deion Sanders and Rod Woodson. If Thomas can excel against the NFL's top corner, he'd cement himself as one of the game's best receivers and bolster his Hall of Fame candidacy just four years into his career.

While this matchup has the potential to be a great one, it won't possess the same vitriol that the Sherman-Michael Crabtree matchup did. During his press conference on Wednesday, Sherman hailed Thomas as "one of the best receivers in the game right now." When the Seahawks and Broncos take the field on Feb. 2 with a championship on the line, it's unlikely that Sherman's words will be so friendly.

What Do Analytics Suggest About Broncos FA Additions? 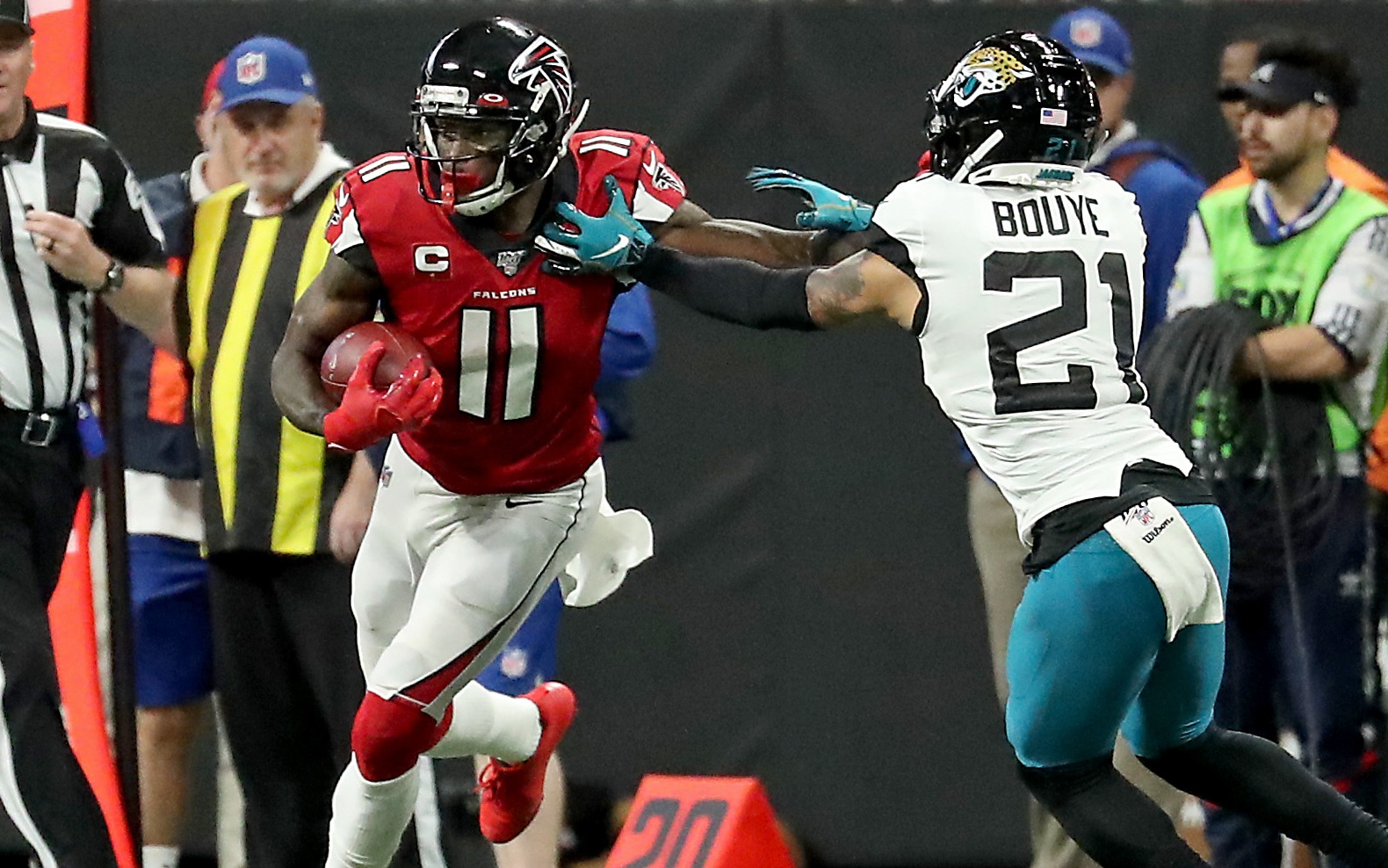 What Do Analytics Suggest About Broncos FA Additions?

Potential Broncos' Trade That Could Shake Up the Draft 👀

Five teams have multiple first-round picks, and with a top-10 loaded with talent, we could see lots of deals

Potential Broncos' Trade That Could Shake Up the Draft 👀