Perhaps it’s because the Detroit Red Wings’ two franchise cornerstones are injured. Maybe it’s nothing more than an exaggerated evaluation of two young players that are currently on a hot streak.

It may very well be premature or even misguided to make the conclusion that right wing Gustav Nyquist and left wing Tomas Tatar are looking like the “Euro Twins” of the future; however, time may prove that they become exactly that.

In the absence of Henrik Zetterberg (back) and Pavel Datsyuk (concussion), Nyquist and Tatar have picked up the offensive slack in impressive fashion.

While their current centerman, Johan Franzen, has picked up his play considerably over the past seven games in the absence of Datsyuk, Tatar and Nyquist have been as dynamic as their veteran linemate.

In fact, head coach Mike Babcock heaped lofty praise on both players recently as reported by Helene St. James of The Detroit Free Press. “They’ve made us way better,” Babcock said. “Nyquist has come and given us another real good player and so we have a better team because he’s here.”

Alternate captain Niklas Kronwall has pinned even loftier labels on the young Swedish winger of late, clearly indicating that he’s becoming an essential part of this Red Wings team.

Not too bad for a second-year player who has only recently cracked the Detroit lineup.

General manager Ken Holland’s near-erotic attraction to signing veteran players cost Nyquist (and likely the Wings) a shot at starting the opening game of the season in explosive fashion. Nyquist did just that in season debut nine games ago, potting two goals, including the game-winner, against the Carolina Hurricanes.

Indeed, Nyquist’s offensive ability and value to the team has been apparent since last season and now, it looks as if he is poised to become a long-term component of Detroit’s offensive arsenal.

Still, Nyquist’s path to the 2013-14 Detroit Red Wings roster might not have been as frustrating as Tatar’s.

Despite making the team out of training camp, Tatar was forced to wait for his chance to crack the lineup as he began the season as a healthy scratch.

Like Nyquist, Tatar seemed more than ready to become a regular NHL player. However, the “veterans-first” mentality that has long existed in Detroit forced Tatar to wait and watch the older guys underperform while he, last season’s AHL playoff MVP, waited in the press box.

While some guessed this might have placed a rather large chip on Tatar’s shoulder (and who could blame him if it did), the diminutive Slovak displayed nothing but professionalism both on and off the ice.

Tatar’s tenacity and determination is almost comical at times inasmuch as he appears to be incapable of giving up on a play or being cowed by bigger, stronger opponents. Still, there’s nothing funny about his compete level or the fact that he’s on pace to end the year north of 40 points in his first full season as a Red Wing.

When looking at Nyquist and Tatar, one can’t help but see that these are two players that have earned everything they’ve been given so far this season and figure to give back even more to a Detroit team that is now relying on both players to pick up the slack created by the absence of Datsyuk and Zetterberg.

As time moves on, it seems reasonable to think that Nyquist and Tatar may very well prove to be the “Euro Twins” of the future. 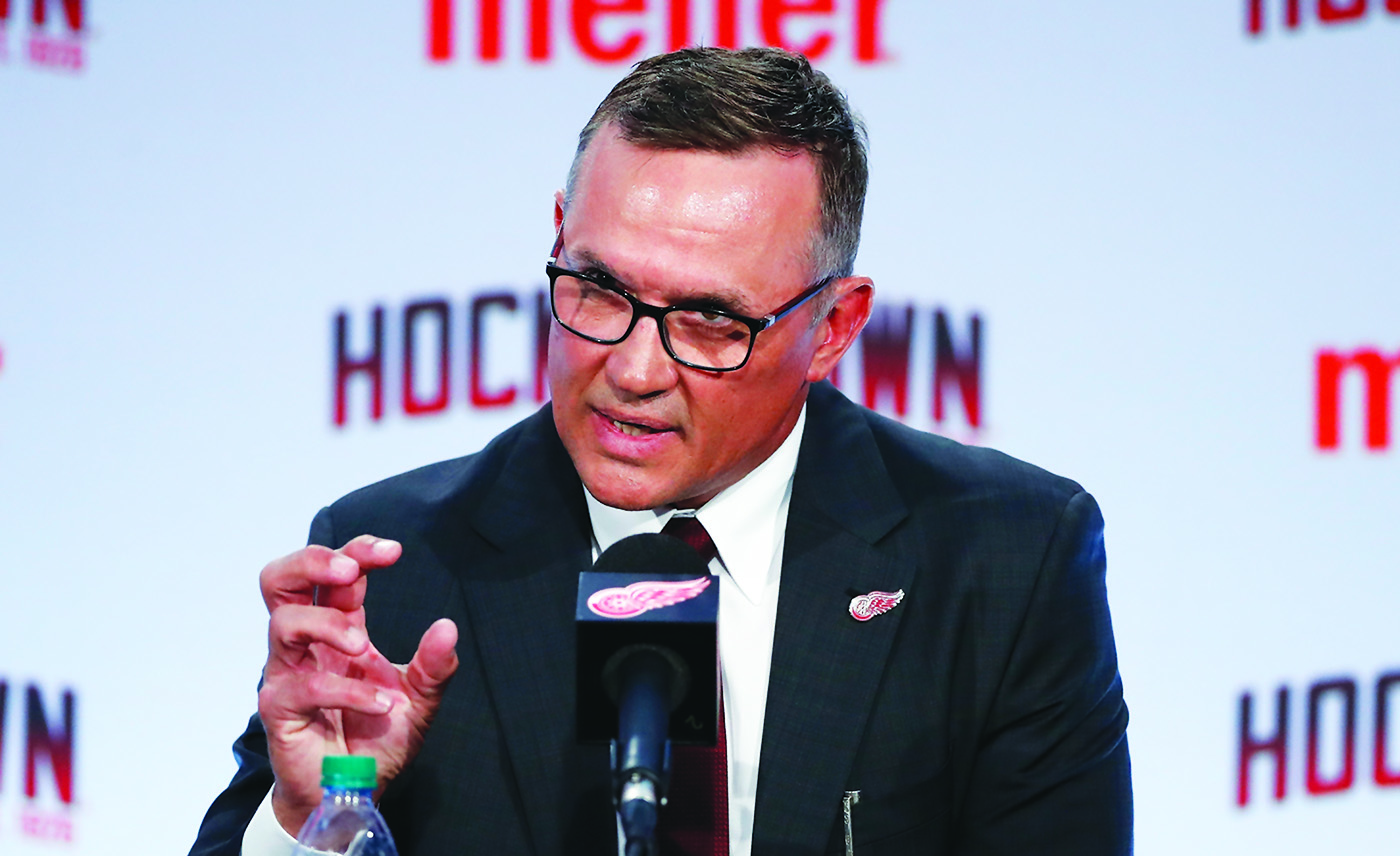