Nikolai Khabibulin was pulled halfway through his start against Ottawa, though the 'Hawks rallied in front of Corey Crawford to win 6-5 Tuesday.

The Chicago Blackhawks were able to give Corey Crawford a night off with no worries last season with Ray Emery as the backup. Three appearances into his second tour of duty with the Blackhawks, Nikolai Khabibulin is still trying to get the hang of his backup role.

He needs to figure it out in a hurry.

The veteran goalie was subject to the boos of the United Center crowd as he gave way to Crawford midway through Tuesday's game with Ottawa. At that point, Chicago trailed 4-2, and the blame was being laid squarely at the feet of the Bulin Wall.

Crawford stopped 14 of 15 shots as the 'Hawks rallied to beat the Senators, 6-5. However, it took a hat trick from Jonathan Toews and a putback by Andrew Shaw to generate enough offense to overcome Khabibulin's 31 minutes of action—or lack of it.

Khabibulin has run the gamut in his three starts this season. He played a decent game against the New York Islanders Oct. 11 in his first start. On Oct. 24, he gave up six goals but managed to win the 'Hawks a point in an overtime loss to Tampa Bay.

Five days after the Lightning game, Khabibulin was pulled after surrendering four goals on 22 Ottawa shots. Regardless of what side of the fence you were on, there has to be a certain uneasiness about the backup goalie situation.

With a healthy Crawford patrolling the crease, there aren't likely to be many starts for the reserve. Emery did start 19 of Chicago's 48 games a season ago, but the work load expected from Khabibulin is much lighter. I was of the mindset that he would start 20-25 games over a full season.

Khabibulin has been a starter for most of his career. Settling into a role where you need to be effective in between extended periods of inactivity is not always easy to do. With that said, both the 'Hawks and Khabibulin knew the job when he was signed this summer.

Emery, who was an incredible 17-1 in his starts for the Stanley Cup champions, wanted a shot at starter's minutes. It's hard to fault him for seeking a larger role somewhere else. It's also difficult to fathom getting such production out of the backup goalie each and every season.

The best you can expect from a backup is for him to give your team a fighting chance every night. If the defense in front of him is as deep as it is in Chicago, he needs to keep you in most games.

Khabibulin's wiggle room may or may not depend on how Antti Raanta continues to play in Rockford. Ideally, Chicago wants Raanta to pile up starts for the IceHogs through the bulk of the season before bringing him up. However, if Raanta dominates AHL opposition and Khabibulin cannot find the groove as the backup, there could be a change in plans.

Over the next three weekends, the 'Hawks have home and away back-to-backs, after which they embark on a seven-game road trip. Someone is going to be needed to spell Crawford in November. If that is to be Khabibulin, he needs to get his game in order, pronto. 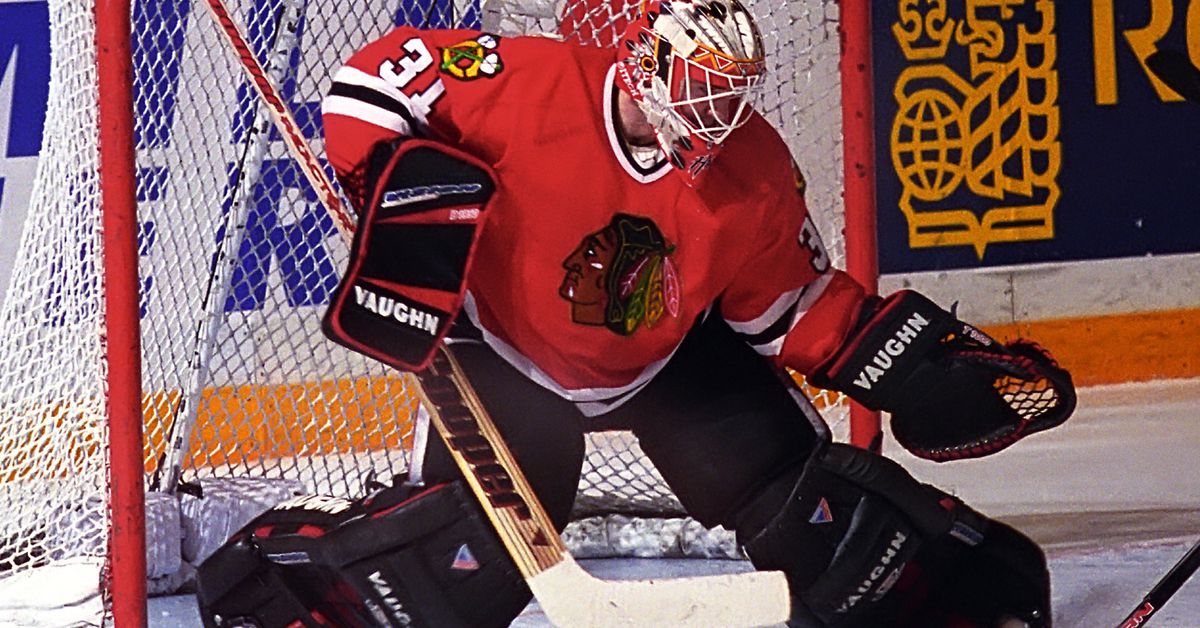 Blackhawks: Patrick Kane will go down as the greatest Hawk ever

Blackhawks: Patrick Kane will go down as the greatest Hawk ever