Joerger intends to approach his roster differently in his rookie year. According to The Commercial Appeal (subscription required), Joerger said that he's looking for supportive performances from Jerryd Bayless, Quincy Pondexter, Ed Davis and Kosta Koufos to spell the core.

The added depth will give Joerger confidence in sitting starters.

Also, Bayless will take a slight loss in playing time. Joerger won't be afraid to give Nick Calathes a shot when Bayless struggles.

The Spaniard is one of two Grizzlies players to have spent more than 10,000 minutes on the floor in the past four years. He saw 35 minutes of action in 2012-13, his third season of four in which he played at least that amount.

Gasol might be the best player in the NBA, but he had little depth behind him during that time. For a year and a half, Hamed Haddadi was his only backup. In the previous two years, Hasheem Thabeet joined Haddadi to form a pair of reserve centers who weren't in any condition for significant playing time.

Now, the All-NBA Second Teamer has true support. Kosta Koufos arrives from the Denver Nuggets with good inside skills. He produced 121 points per 100 possessions and allowed 103. Koufos shot 58.1 percent from the field. The fourth-year pro pulled down 11.1 rebounds per 36 minutes.

Gasol should catch three more minutes of rest per game. Koufos, who started 81 games for the Nuggets last season, averaged 22.4 minutes per game while beating JaVale McGee for playing time.

In his 13th season, Randolph needs additional rest for body maintenance. This is due to the cumulative effect of injuries and minute load. He averaged 34 minutes per game in his last four full seasons. The Memphis Flyer's Kevin Lipe lamented that Randolph's frame is grieving and won't be able to do what it used to.

Fortunately, the young reserves are ready to step in. Ed Davis, who is believed to be waiting in the wings to replace Randolph, averaged 12.2 points and 10.6 rebounds per 36 minutes in 36 games for the Grizzlies.

Leuer excited observers in the preseason. "The guy wants to be in the rotation and that's how he's playing. I've been very impressed with what Jon's been doing so far," Joerger told The Commercial Appeal (subscription required).

Even if one of the two backup power forwards plays well, Joerger can ease Randolph to around 30 minutes per game.

By the end of this season, the seventh-year pro will be closing in on Rudy Gay's franchise record for minutes played.

That's as much a testament to the lack of depth behind Conley as his value to the team. In the past three seasons, he averaged between 34.5 and 35.5 minutes per game. The past two years, the bench featured a rookie who wasn't ready for the rotation, necessitating the signing of a veteran who would play sparingly.

This year, better help will play behind Conley. Bayless may play a little bit when Conley is off the floor, but more of those minutes will go to Nick Calathes. The 24-year-old rookie played two years in Europe after leaving Florida.

Calathes was the Eurocup MVP last season for Lokomotiv Kuban. He scored 13.4 points per game, mainly showing promise as a slasher. His size lends him as a possibility to be more effective than Bayless attacking the basket. He has reasonable ball-handling ability, with a 2.06 assist-to-turnover ratio.

Joerger should show comfort ushering Calathes in during a couple spots of meaningful action, as well as garbage time.

The Grizz have found all they could from Bayless. He's an inefficient shooter who, at 41.9 percent, functions as much as a pressure release valve as a gunner. He played better with Conley on the floor, shooting 2.7 percent better and producing 14 more points per 100 possessions.

With his dependence on Conley, Bayless could shed a minute each contest.

Other backcourt players will see action. Quincy Pondexter, a three-point threat who averaged a minute less per game than Bayless, may deserve more floor time due to his superior defensive ability.

Mike Miller is locked in at 15 per game at the 2 spot for long-range shooting. 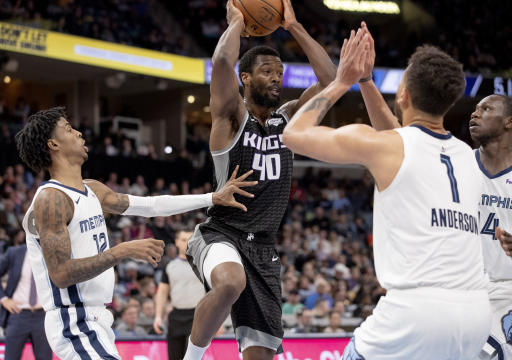