Too often, Chelsea goalkeeper Petr Cech is known or remembered for the wrong reasons.

The odd spelling of his forename. The funky-looking headgear that makes him look like some kind of elongated World War II fighter pilot. Or the fact that Barcelona’s Lionel Messi has never scored on the Czech legend.

(Seriously guys, we get it. Messi hasn’t scored on Cech. So could you possibly give those goofy memes in social media a rest? Please? I have candy.)

OK. I thought not. Then carry on with your juvenile goofiness. And maybe pop out another one about Arsenal’s trophy cabinet while you’re at it. That hasn’t got old at all. Why it’s been three whole days since I’ve see one on Twitter. But I digress...

Anyway, back to the point here. Petr Cech. The man is unreal and a huge reason Chelsea’s trophy case needs another wing. But some Blues fans in the know get all of this and realize how important the 31-year-old is—and has been—to the club’s success.

With veterans like Englishmen John Terry, Ashley Cole and Frank Lampard and the now-departed Didier Drogba often soaking up so much of the royal-blue glory, it’s been very hard for Cech to get his just due, but, in reality, he may be the most valuable player on Chelsea.

Now the virtually impenetrable Cech doesn’t go out of his way to seek attention or make sure he’s in the conversation of who the best goalkeepers are on the planet, but he most certainly is in the upper echelon at the position.

Fans often remember who scores the goals or who screwed up, but few remember the saves that preserve the precious wins or the coveted trophies. And the big guy has made more than his share of them in his career.

Cech holds a number of records at the rough position—probably the toughest in sports along with goalies in hockey, catchers in baseball and center in American football. And all of these rugged positions have one thing in common: There is only one of them on the field or the ice at a time and a mistake becomes a glaring one when you’re out there all alone.

In English Premier League play, the Chelsea goalkeeper holds the record for the fewest number of appearances (180) to reach 100 clean sheets and the mild-mannered Cech just recorded his 200th shutout overall for the Blues—144 of those coming in league play.

During the 2004-05 Premier League season, Cech eclipsed fabled Manchester United goalkeeper Peter Schmeichel’s record of consecutive shutout minutes with a mark of 1,025 that was later topped by the Red Devils' Edwin van der Sar in January 2009.

And Cech was also pretty successful in the Czech Republic professional league, compiling a record 903-minute streak as well as setting a club record with Sparta Prague with a mind-boggling 928-minute unblemished mark in 2001/02 when his league streak was combined with his Champions League performances.

Safe to say, the Blues would be in a world of hurt without someone like Cech, even with the West London side’s incredible and consistent defense.

So, despite having another one of the world’s best goalkeepers itching and waiting in the wings in Spain’s La Liga at Atletico Madrid in Thibaut Courtois, it’s pretty easy to see why the Blues kept the young Belgian out on loan another year—Cech simply deserves to be Chelsea’s goalkeeper again this season.

In stifling Barcelona and Messi in the Champions League semifinal and then Bayern Munich in the final in 2012, Cech was absolutely brilliant. Along with the Blues defense and Drogba’s late pull-a-rabbit-out-of-his-hat magic trick, he was the big reason Chelsea claimed its first European championship.

Then last year, Cech was equally as dominating as he helped the Blues capture the Europa League crown and become the first club to possess UEFA’s two biggest trophies at the same time, albeit for only a little more than a week.

And let's not forget that Chelsea manager José Mourinho might not have been able to anoint himself as The Special One without the sensational services of Cech during his last stint at SW6.

In short, the club may almost be as frustrated as fellow Londoners Arsenal or Tottenham Hotspur right about now had the Blues and then-manager Claudio Ranieri not gone out and signed Cech from Ligue 1’s Rennes in 2004 to a five-year, £7 million contract.

So both Chelsea fans and Mourinho himself owe a debt of gratitude to Ranieri, who brought Cech in at that point to be an understudy to Blues goalkeeper Carlo Cudicini. The starter suffered an elbow injury in the preseason, allowing the lanky Czech to become the club’s first choice in goal—a spot he has yet to relinquish.

And in his Chelsea and EPL debut that year, Cech—who has allowed just one goal in this still young season—blanked Sir Alex Ferguson’s United, 1-0, setting the superior tone for things to come and giving the Blues a player around which they could constantly build.

Many goalkeepers wear jersey No. 1 but in the case of Cech, the number is quite symbolic of his importance to this storied team and will quite possibly end up being his rank among all goalkeepers in the history of the Premier League when he decides to finally hang up his boots.

As great and legendary as Drogba, Lampard and Terry have been for Chelsea, always remember the guy with the funny helmet was constantly going vertical or horizontal to stop the opponents from scoring.

Without the unassuming Cech, much of this glory Blues fans are now currently basking in simply wouldn’t have been possible without him. 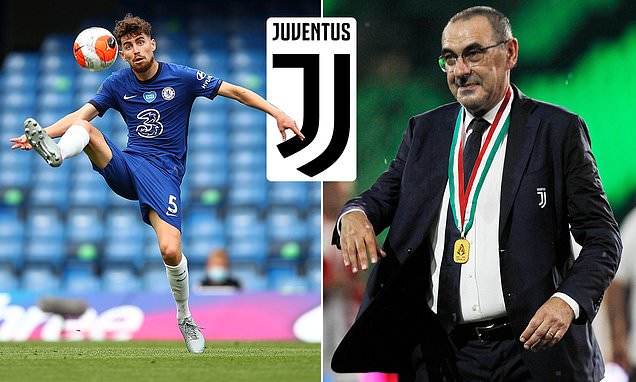