In what now seems to be developing into the rule rather than the exception, another standout eighth-grade football player has been offered a scholarship by a major college program. Quarterback Lindell Stone is officially a target of UCLA, but the youngster shouldn't be so quick to make a decision.

According to Damon Sayles of ESPN Recruiting Nation, UCLA extended the offer on Tuesday to the 6'2", 190-pound signal-caller who most recently played for Dawson Middle School in South Lake, Texas. Stone didn't indicate whether or not he intended to accept, but he is honored by the recognition:

This offer comes on the heels of rival USC offering Upland, Calif., wide receiver Nathan Tilford a scholarship before his first high school game as well, according to Blair Angulo of WeAreSC.com.

USC's offer inevitably prompted some UCLA supporters to joke about the Trojans' recruiting tactics, but Arash Markazi of ESPN Los Angeles pointed out that those in glass houses should not throw stones:

As funny as it may seem for major college programs to roll the dice by offering players scholarships four years before they're ready to make the jump, it's not a bad strategy. Recruiting is incredibly competitive, so locking up a prospect before he fully develops could give teams a huge advantage.

UCLA is banking on that when it comes to Stone, but he needs to see what else is out there first. Top-level quarterbacks are at a premium, so it is entirely possible that every team in the nation could be knocking at his door in a year or two. He'll probably have his pick of the litter and there isn't much point in denying himself the opportunity to make an informed choice among many different candidates.

With that said, Stone has already expressed interest in UCLA and has called it one of his top college choices, according to Sayles:

It's a very academically prestigious school, which is what I'm looking for in a college, he said. It's also got a great football program. To have one of my top schools offer me so early, it's an honor. It's great to see all my hard work paying off in them giving me an opportunity.

If academics are truly important to Stone then there is no doubt that UCLA would be a great school for him. UCLA also has a nationally ranked football program, but it isn't considered to be among the elite. Maybe that doesn't matter much to Stone, but it stands to reason that the likes of Alabama, LSU, Notre Dame and countless others will come calling in due time.

The possibility of flaming out always exists with players who are highly touted at such a young age, but Stone seems to have a great head on his shoulders. As long as he is confident in his ability to get better over the next four years, he doesn't need to limit himself by committing immediately.

Stone already seems to have most of the physical tools necessary to be a big-time quarterback and he's only going to get bigger and stronger in the coming years. UCLA is essentially trying to buy low with Stone as his value is likely to skyrocket after a couple seasons in high school.

Even if Stone decides to turn the Bruins down, this isn't the last that college football fans have heard from him as he promises to be one of the hottest recruits in the country in the very near future. 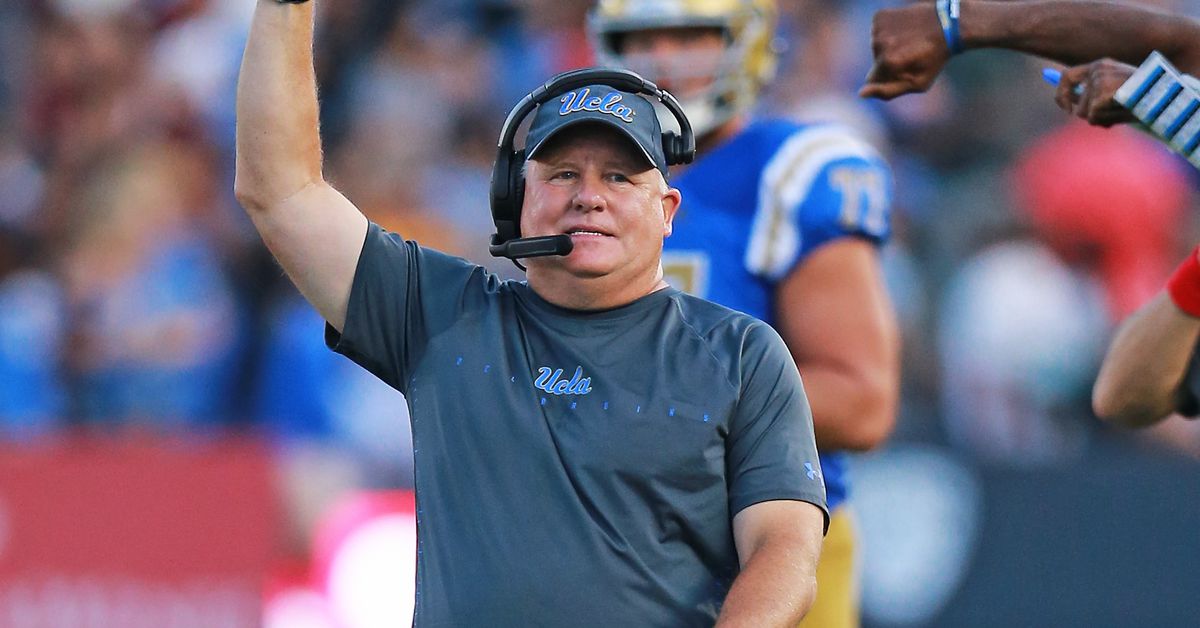