As the field for the 2013 Belmont Stakes officially takes shape, Wednesday's post position reveal will help more accurately determine where certain horses will place at Belmont Park during June 8's final leg of the Triple Crown.

Kentucky Derby winner Orb was saddled with the No. 1 position at the Preakness, and could not overcome it to keep his Triple Crown bid alive. That happens to be the winningest slot in Belmont history, but doesn't necessarily translate well to the 145th running.

Below is a breakdown of the most coveted spots based on past results, and why jockeys should hope for certain ones that are recently better than others, despite what overall history indicates.

Although the spot closest to the rail has historically yielded the most winners, being on the inside doesn't always result in having an advantage.

The last odds-on favorite to win from the No. 1 slot was A.P. Indy in 1992, so it actually favors a less imposing horse to win from that position. Kentucky Derby winner Orb, who drew the No. 1 spot at the Preakness, couldn't break to the outside quickly enough and wound up finishing fourth.

Traffic is definitely an issue at this position and can be hazardous, especially in the beginning. However, with an experienced jockey and bigger horse to navigate the early congestion, it can be overcome.

Being on the very inside on a 1.5-mile track at Belmont Park can actually be advantageous, but it depends on which horse draws that spot.

For what it's worth, Secretariat capped off his epic Triple Crown run from the No. 1 position in 1973, winning by a whopping 31 lengths.

Hall of Fame trainer D. Wayne Lukas will enter Preakness wire-to-wire winner Oxbow in this race. Conventional wisdom states that the colt doesn't match up favorably to this track due to his status as more of a sprinter.

However, the last time Lukas captured the trophy at Belmont Park was in 2000, with Commendable, and he began in the third post position. If Oxbow draws that again, perhaps destiny is on Lukas' side.

The past two winners have also come from the No. 3 slot—Ruler on Ice in 2011 and Union Rags last year (h/t BelmontStakes.com). That bodes particularly well for whomever occupies that place before the starting gates open.

Revolutionary should be among the favorites in this race along with Orb and Oxbow, and he finished third at the Kentucky Derby after beginning in the No. 3 position.

Affirmed, the last Triple Crown winner, capped off his race to history from here in 1978.

It will take a horse with the speed Revolutionary boasts to nose ahead of the early bunched-up field and establish inside position entering the first or second turn. Should Orb, Revolutionary or Freedom Child draw this post, their odds should be extremely favorable.

1991's Hansel was the last champion to take off from here, which hints that it's not exactly the best place to start from.

It is interesting, though, how Belmont Park lends itself to a lot of single-digit odd position winners. Hansel backed up his Preakness triumph with a victory, and perhaps Oxbow can do the same, as he started in a similar sixth position at Pimlico.

Seattle Slew was the second most recent Triple Crown winner, and managed a victory from here back in 1977. To put that in perspective, the world was still reeling from Star Wars' record run in theaters.

Another horse who won from the No. 5 spot and had Preakness and Belmont wins on his resume was Risen Star. Peter Finney of NOLA.com pointed out this parallel between him and Oxbow, which bodes well for Oxbow's chances in a historical context as well.

Options for Monomoy Girl are Fleur de Lis or Ruffian 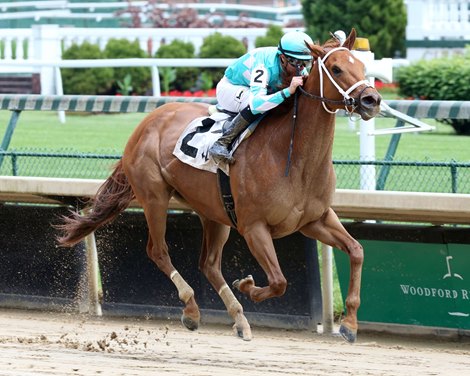 Options for Monomoy Girl are Fleur de Lis or Ruffian

Bob Baffert Rules Charlatan Out of 2020 Kentucky Derby with Injury

Bob Baffert Rules Charlatan Out of 2020 Kentucky Derby with Injury 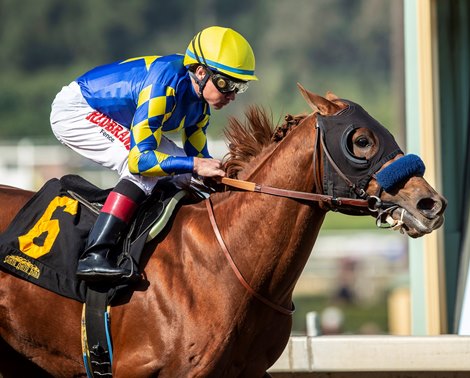