“I believe the first test of a truly great man is his humility.”

If you’re looking for an example of humility, look no further than the now-retired Milan Hejduk. One of the last remaining links to the glorious Avalanche Stanley Cup days is hanging up his skates for good. Hejduk’s name may not have regularly appeared in headlines, but nobody from the Colorado franchise will forget the soft-spoken sharpshooter from Usti-nad Labem, Czech Republic.

On June 29, 1994, Hejduk was claimed by the Quebec Nordiques as the 87th selection in the NHL Draft. Now, 19 years, 1020 games and 805 points later, Hejduk will hang up his Avalanche sweater for good. It is the only sweater he ever wore.

The man whom Avs fans so affectionately nicknamed “The Duke” has come a long way since his NHL debut in 1998. When he first joined the league, he knew very little English and got a shocking glimpse of the rock 'n' roll NHL lifestyle when he roomed with notorious partier, Theo Fleury.

He amassed a terrific rookie season and was a finalist for the Calder Trophy, all while fighting for ice time on a Stanley Cup contending team flush with future Hall of Famers.

He worked hard in practice amid world class athletes in Patrick Roy and Joe Sakic. Little did he know, he would overcome the remarkable hurdles and eventually follow teammates Sakic and Adam Foote to become the third Avalanche captain in franchise history.

While still in his early NHL years, Hejduk got a front row seat to watch then-captain Joe Sakic regularly dominate the opposition with a quiet, business-like demeanor. Sakic’s persona gained him the nickname “Quoteless Joe” with the media, who directed most of its attention on the Avs’ superstars while Hejduk stealthily flew under the radar. However, those within the organization knew the winger was quickly evolving into one of the game’s top snipers.

Hejduk’s steadfast dedication and production for the franchise did not go unnoticed, and “Hedgie” was rewarded with the captaincy in 2012. With the C freshly stitched onto his sweater, the normally reserved skater demonstrated the ability to lead by example and guided a very young, albeit talented roster across the rigors of a long season.

Over time, the sports pundits realized the uncanny similarity between Hejduk and Sakic, as both posted outstanding career numbers while maintaining the same “aw shucks” mentality.

Now, as the 37-year-old veteran prepares to officially retire from the game of hockey, he leaves as a household name in the NHL community and has garnered the utmost respect from his teammates and peers.

The way Hejduk carries himself does not result in much attention, but his statistics do. A bevy of accomplishments dot his remarkable NHL career. He suited up in over 1000 games and cracked the 800 career point milestone. He was named to three All-Star Games and posted 12 consecutive 20-goal seasons.

In 2002-03, he and linemate Peter Forsberg were the most destructive 1-2 punch in the NHL. Hejduk fired home 50 goals and won the Rocket Richard Trophy, while Forsberg cleaned house at the NHL Awards, bringing home the Art Ross and Hart Trophies.

Hejduk also reached the summit of both hockey worlds, capturing a Stanley Cup with the Avalanche in 2001 and a Gold Medal with the Czech Republic national team in the 1998 Olympics. Additionally, he skates into the sunset with the third-highest NHL point total among all of his Czech countrymen.

The only drawback to Hejduk’s impressive career is without his prolonged knee problems, this story would likely be gearing up for another chapter.

Hejduk had contemplated retirement for as many as the previous three years due to his continuous ailments before finally making the disheartening decision to a newspaper in his home country.

An injury-forced retirement is undeserving to any athlete, but the silver lining to this story is that Milan Hejduk deserved every shred of success he achieved across his incredible career.

In a day where sports is becoming more and more fueled by rock star statuses and hefty contracts, Milan was always content with being a humble, team-first guy. In 2005, the right-winger signed a 5 year, $19.5 million contract with the Avalanche, much to the shock of the NHL world. Having posted 85 goals and 173 points over the previous 2 seasons, he could have easily tested the free agent market for a much bigger payday.

When the baffled sports writers and player agents demanded an answer to his modest contract, Hejduk matter-of-factly stated, “I wanted to keep playing in Denver for a long time. There’s no better place to play hockey than in Colorado.”

Despite the loyalty to Denver, Hejduk endured a somewhat arduous season as the team captain. At the conclusion of the year, he selflessly handed off the letter to cornerstone Gabe Landeskog.

Anybody assuming the prolific Czech was stripped of his role was proved wrong in a press conference, where the smiling veteran proudly presented his 20-year old teammate with the honor. Hejduk is the epitome of a team-first guy.

President Harry Truman once said, “It is amazing what you can accomplish if you do not care who gets the credit.” Hejduk alone, provides merit to such a statement.

Cheers to you, Milan Hejduk.

You may always be remembered as somewhat of a quiet superstar, with your muted persona and simple, arms-raised goal celebrations. But the one moment I will always remember from your career is when you went swimming after scoring on Ed Belfour in overtime.

I have seen many people, both on the pro and amateur levels, attempt to duplicate it, but I doubt it will ever be perfected again as the way you did it on that one Sunday afternoon.

Thank you so much for the memories, and many congratulations on your remarkable career. I hope the Avalanche will be graced with a player of your character and caliber once again. 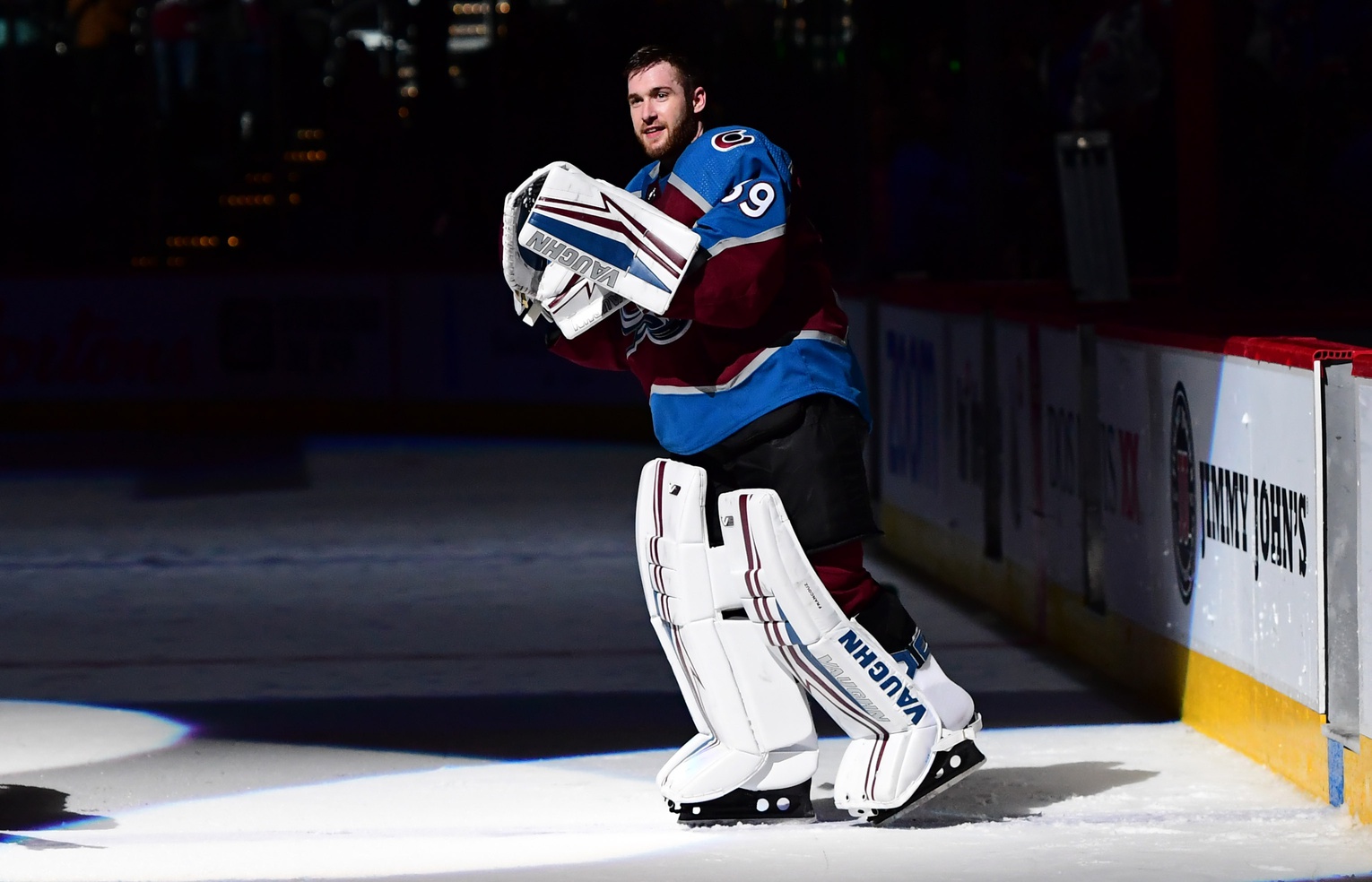