There are a lot of things to say about the Jacksonville Jaguars that are true. They lose more than they win. They have issues at quarterback. They are, indeed, located in Florida.

However, there are numerous myths tossed around about the franchise that are simply false.

Here are five significant myths about the Jacksonville Jaguars.

Let's start here: Blaine Gabbert is not good. He might one day become good (I have serious reservations about that), but he is not, at present, good.

He is also not the worst quarterback in the NFL—even without Tim Tebow playing in the NFL.

Yes, ESPN's Total QBR had him rated pretty low in 2012. It also had Philip Rivers lower. Joe Flacco was on the bottom half of the list. You know, the guy who just won a Super Bowl?

Of course, Gabbert appears to be horrific based on pure stats (rather than questionable math) as well.

Consider, though, that Gabbert was out for six games last season. If you whip the calculator out and just assume he hits his rather low average those six games, he adds 996 yards to his total.

That gives him 2,658 yards on the season, which according to the stat list on ESPN, places him 27th in the league in total yards.

Not great to be sure, but he was coming off three decent games against the Green Bay Packers, Detroit Lions and Indianapolis Colts and seemed to have finally found a bit of a groove.

Honestly, off the top of my head, Gabbert is better than Mark Sanchez, Kevin Kolb, Jake Locker, Brandon Weeden and Carson Palmer. All starting quarterbacks, all with issues and some of whom (Sanchez and Kolb) might not even hold onto their jobs.

Gabbert isn't good. But he is far from the worst in the league.

This goes hand in hand with the next myth: attendance.

As of 2011, the estimated population of Jacksonville is 827,908 people—actually the 11th-most populous city in the US.

Hang on, you say, that can't be right. Because it's a small-market team, right?

True. The city lacks the wattage of New York City or San Francisco. However, it actually has a larger population than San Fran, Boston, Seattle, Denver, Washington, DC and Baltimore.

Green Bay by the way—one of the smallest market teams in the universe and ranked 10th in attendance for 2012—is ranked as the 268th city in population.

What it has that Jacksonville lacks is a winning team.

But as for small markets, it does just fine.

Jacksonville is far from too small to support a team and not even close to the smallest or least populous city with an NFL team.

"The Jaguars can't draw a crowd. The fans don't show up. Just look at the attendance figures."

There is no denying they have struggled at times.

However, last I checked, the team ranked 20th in attendance for 2012.

Better than a winning team like Chicago, playoff teams like Pittsburgh and Minnesota, and better than the likes of Oakland, Buffalo, Arizona and San Diego.

Some teams, like Chicago, suffer from a lack of size. But some don't, and there are plenty of teams below Jacksonville struggling to draw a crowd.

Either number is lowered in part because of the dreaded tarps.

And oh, how we (and I include myself) love to mock the tarps. It's an easy joke, but one that really just keeps us from noticing that this team does draw fans.

However, it's not without precedent to tarp seats in a stadium that is overly large. Teams like the Raiders had issues in Los Angeles when they were in the 100,000-capacity (at the time) LA Coliseum.

Again, it's not to say the team hasn't struggled at times to fill the stands (just sort the ESPN chart for 2009). Just to say this is far from the worst. Even looking at the years before 2012, while not fantastic, the average attendance has been pretty good.

I would couple that with "they just don't know it yet."

It doesn't matter that then-new GM Dave Caldwell flat-out said, "Thanks but no thanks."

To be clear, here is a quote from the ESPN piece from Caldwell:

I can't imagine a scenario in which he'll be a Jacksonville Jaguar -- even if he's released.

Despite beliefs that he loves Tebow, owner Shad Khan also had no real enthusiasm for the former Jacksonville resident.

Yes he showed interest when Denver shopped him, eventually losing out to the New York Jets. He and the team have since not replicated that interest because, as Khan told reporters in the same article when asked why not:

I'm telling them to take a look at Tebow and they're saying, 'We're going to go in a different direction. That's the difference.

Translation: I have competent people I trust telling me he isn't worth our time.

That the people saying that are clearly and resoundingly echoed by 31 other teams doesn't seem to stop the Tebow Train, causing Khan to ask why they don't show as much enthusiasm for the other nearly 3,000 players who could help Jacksonville turn things around.

Of course, there is the school of thought that there is a grand conspiracy keeping Tebow from finding work. That all 32 teams clearly just don't "get" Tebow or don't like him for off-field reasons.

Further, there is a contingency of fans (Jaguar and otherwise) who feel that Tebow in teal will "fix" the franchise. This is most common in people who buy into any of the above myths. He will boost attendance. He will win games. He will turn the team around.

Honestly? The only thing I will guarantee Tebow would do for the Jaguars is sell jerseys. The rest is conjecture and really, thinking Tebow will "fix" any franchise by his mere presence is beyond ludicrous.

This is the ultimate team sport—one man isn't a fix. And before you point to Andrew Luck, Robert Griffin III or any number of quarterbacks who came in and won quickly, Luck had some decent receivers, a solid defense and a middling schedule while Griffin had a good defense and Alfred Morris.

Also, both are the exception, not the rule.

Tebow isn't as good as Luck or Griffin either. Not nearly as polished, even after several years, and lacking the throwing mechanics that Luck and Griffin possess.

He might work as a final piece, but he won't be a solo difference-maker for a team like the Jags who have more holes than not.

Maybe Tebow can still develop into a starter, maybe not.

That's a separate debate. At this point, you either believe in him or don't, and whatever I write won't likely sway you.

The important thing is the Jaguars don't believe he is a piece of the puzzle.

He's not going to be a Jaguar. If all the above doesn't sway you, perhaps the complete lack of interest from every team and GM will.

You can petition the White House all you want.

Now, I kid some of the Jaguar writers I know about moving. Los Angeles, London, it doesn't matter—whatever suited the gag the most.

I went so far as to put together a new logo for the London Jaguars.

As much as I kid, though, it doesn't seem all that likely this team will move. Yahoo Sports' Jason Cole wrote about this a while back, and you can read his piece for the full story, but the gist of it is they can't even if they wanted to.

The Jaguars have a lease for the stadium, which locks them in the location until 2027.

Now you'll probably scoff and say that any lease has a loophole—an escape valve, as it were, which will allow the Jaguars to leave.

You'd be right—the contract does.

It's just nearly impossible to utilize.

Here's what former Jacksonville Mayor John Delaney told Cole for the above article.

The team would have to show that because of lack of attendance it’s losing money for three straight years and that’s probably a difficult thing for an NFL team to do. That’s there for if the city doesn’t support the team. If we don’t, we shouldn’t stick the team with a long-term lease. But if we support it, they can’t just pretend they’re losing and expect to get out.

Some of you still clinging to myths No. 3 and 4 will say that the team isn't supported by the fans, in which case please scroll up and re-read those two points and then come back.

Because the team is very much being supported on most weekends by its fans. Again, there are plenty of teams with weaker attendance who would be on the block before the Jaguars.

Beyond that is the idea that the Jaguars could prove they weren't profitable, which is just laughable.

While we all heard the league rhetoric during the lockout—that owners were having problems making money and profits were low—we also know a lot of that was bluster. With television revenue and merchandizing, teams make plenty of money.

Cole's article points out that even as the least profitable NFL team, Jacksonville makes $725 million.

I don't think any team can easily make the claim it is losing money for a single year, much less three in a row. And as Cole points out in the article, you'd end up having the whole thing litigated, which would take much longer than the NFL would want it to as well as be very ugly and very public.

Most importantly, it would force the team to open its books which, let's face it, is the last thing on earth the NFL wants.

These days, teams move (or threaten to) when a city can't or won't contribute money to things like a new stadium.

Jacksonville took out about $115 million in bonds to improve Everbank Field.

I don't know about you, but that seems like a city willing to help out. Not like San Diego, who cannot afford to do so or at least not so inclined.

The Jaguars are not moving. Khan has said he doesn't want to, and to get out of the lease would be next to impossible.

None of this is to say that the Jaguars are the epitome of a great NFL franchise. The team clearly has issues and the fanbase is definitely frustrated (which is not unique among NFL fans).

However, those five things are commonly held beliefs that, when honestly examined, just aren't true.

Andrew Garda is the former NFC North Lead Writer and a current NFL analyst and video personality for Bleacher Report. He is also a member of the fantasy football staff at Footballguys and the NFL writer at CheeseheadTV.com. You can follow him at @andrew_garda on Twitter. 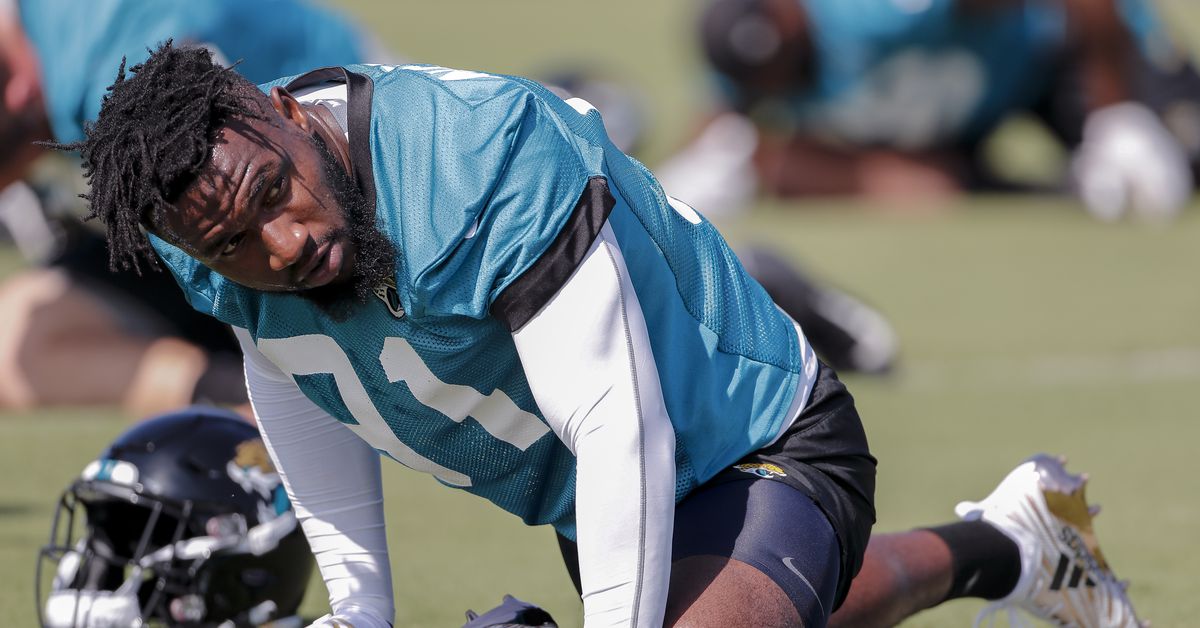