Score one for the small guy.

Former Michigan State defenseman Torey Krug, a 5’9” native of Livonia, MI, made his Stanley Cup playoff debut more than a little memorable by notching the Bruins’ second goal in Boston’s 3-2 overtime victory over the New York Rangers on Thursday night.

His slapper from the left circle just under three minutes into the third period beat Henrik Lundqvist in the opener of the team’s Eastern Conference semifinal series, the first postseason meeting between the two clubs in four decades, and was also his first goal in NHL play.

"I just remember moving the puck to Marshy [Brad Marchand], and he was getting in the zone with speed and he curled up and gave it to Dougie [Hamilton],” Krug, 22, said to the Bruins Daily afterwards. “Dougie made a great play by drawing the guy out to him and then he slid it over to me. I had a lot of time to make that shot.”

The goal came after after former Wisconsin star Derek Stepan had put the Rangers up, 2-1, with a goal 14 seconds into the final frame. Krug would up playing nearly 17 minutes in all in replacing Dennis Seidenberg, who was injured early on in the Bruins' miracle comeback on May 13 in Game 7 of the first round against Toronto.

It was just Krug’s fourth game overall with the Bruins, following his NHL debut at the tail end of the 2011-12 regular season in which he recorded one assist in two games. He also had one assist in his only appearance in this abbreviated 2013 NHL campaign, while recording 13 goals and 32 assists in 67 American Hockey League contests on the farm with the Providence Bruins.

‘‘What we've seen from (Krug) the few games he’s played with us, he doesn’t seem to be intimidated by anything, or any circumstances,’’ said Bruins head coach Claude Julien to the Associated Press. ‘‘I didn’t see a guy that was nervous at all. If anything, I saw a guy that was extremely confident at making the executions that he needed to make.’’

After starring in juniors with Indiana of the United States Hockey League, Krug played three years at Michigan State, from 2009 to 2012, and notched 83 points in 114 career outings. He was the Central Collegiate Hockey Association Rookie of the Year in 2009-10.

His best season with the Spartans came as a junior in 2011-12, when he registered 12 goals and 22 assists in 38 games to lead MSU in scoring, while earning both NCAA First Team All-America and CCHA Player of the Year status.

Krug signed as a free agent with Boston shortly after MSU’s 3-1 defeat to Union College in the first round of the 2012 NCAA East Regional in Bridgeport, CT. Now he's up in the big leagues, and looking to stick on a Bruins' blueline that is playing three rookies in himself, Hamilton and Matt Bartkowski.

He's certainly off to a good start.

“It was amazing,” said Krug (via Bruins Daily). “I’ve said it before that my main goal is to come in here and try to help the team win, and I was fortunate enough to do that.”

UPDATE: Krug had a goal and an assist in Sunday's 5-2 win at TD Garden that put the Bruins up, two games to none, in the series. 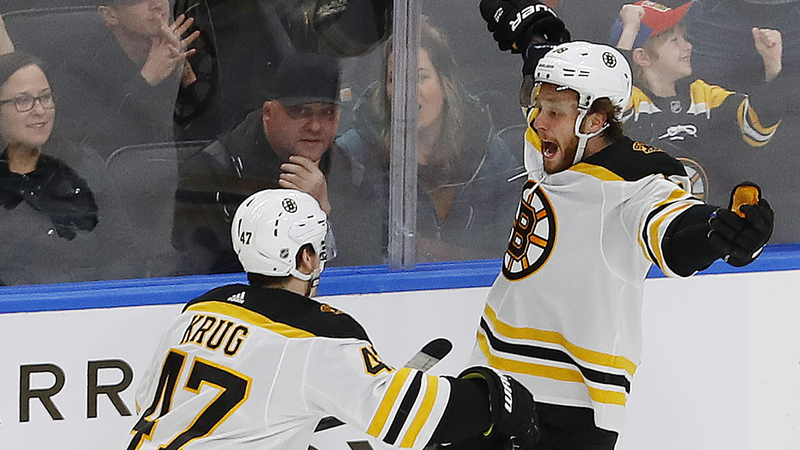 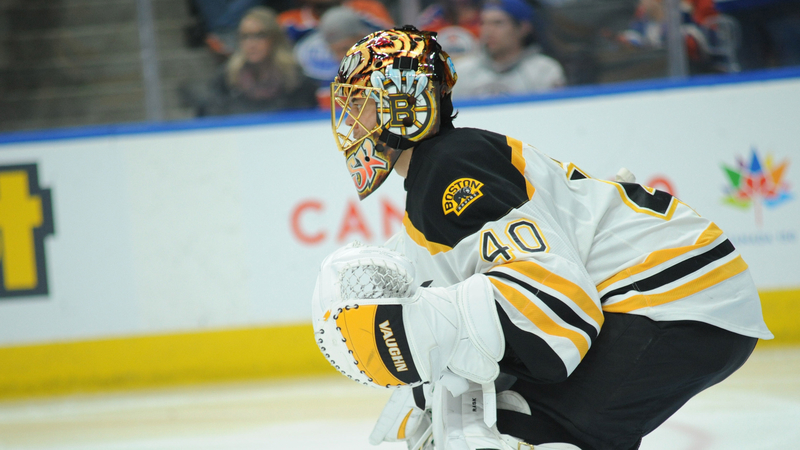