With both Minnesota and Colorado in the playoffs, the only thing that would be decided, Sunday afternoon, was who would be playing who in the first round of the playoffs.

Colorado beat Minnesota 4-3 in a shootout, and so the game became a preview of the first round.

Led by a strong power play and Jose Theodore’s 34 saves, the Avalanche moved into sixth place in the conference and will head to St. Paul.

The Avalanche’s Paul Stastny tied the game at 5:25 in the second period, but Minnesota regained the lead on defenseman Keith Carney’s first goal of the season. The Wild again took a one goal lead into intermission.

The Avalanche came out and scored two consecutive power play goals by Joe Sakic and Milan Hejduk. Both goals were scored in the first minute of the power play. Minnesota tied it late, however, ensuring that the Wild and Avalanche would face each other in the first round.

Both teams went into OT looking for some momentum to head into the playoffs. Minnesota began the OT period on a power play carried over from the third period and had another one late, but both teams were unable to score. The game headed into a shootout.

Wild backup goalie Josh Harding, who started the game, is considered the stronger goalie on the shootout as compared to starter Niklas Backstrom, but Harding couldn’t stop either Wojtek Wolski or Sakic. Wolski scored on a nice move to Harding's left, and Sakic scored even though Harding hit the puck with his elbow. The puck bounced up and fell into the net.

Theodore stopped both Wild attempts from Petteri Nummelin and Pierre-Marc Bouchard, and Colorado won the final game of the regular season for both clubs.

Colorado finished two for four on the man advantage.

Avalanche Talk Podcast: A Step In The Right Direction 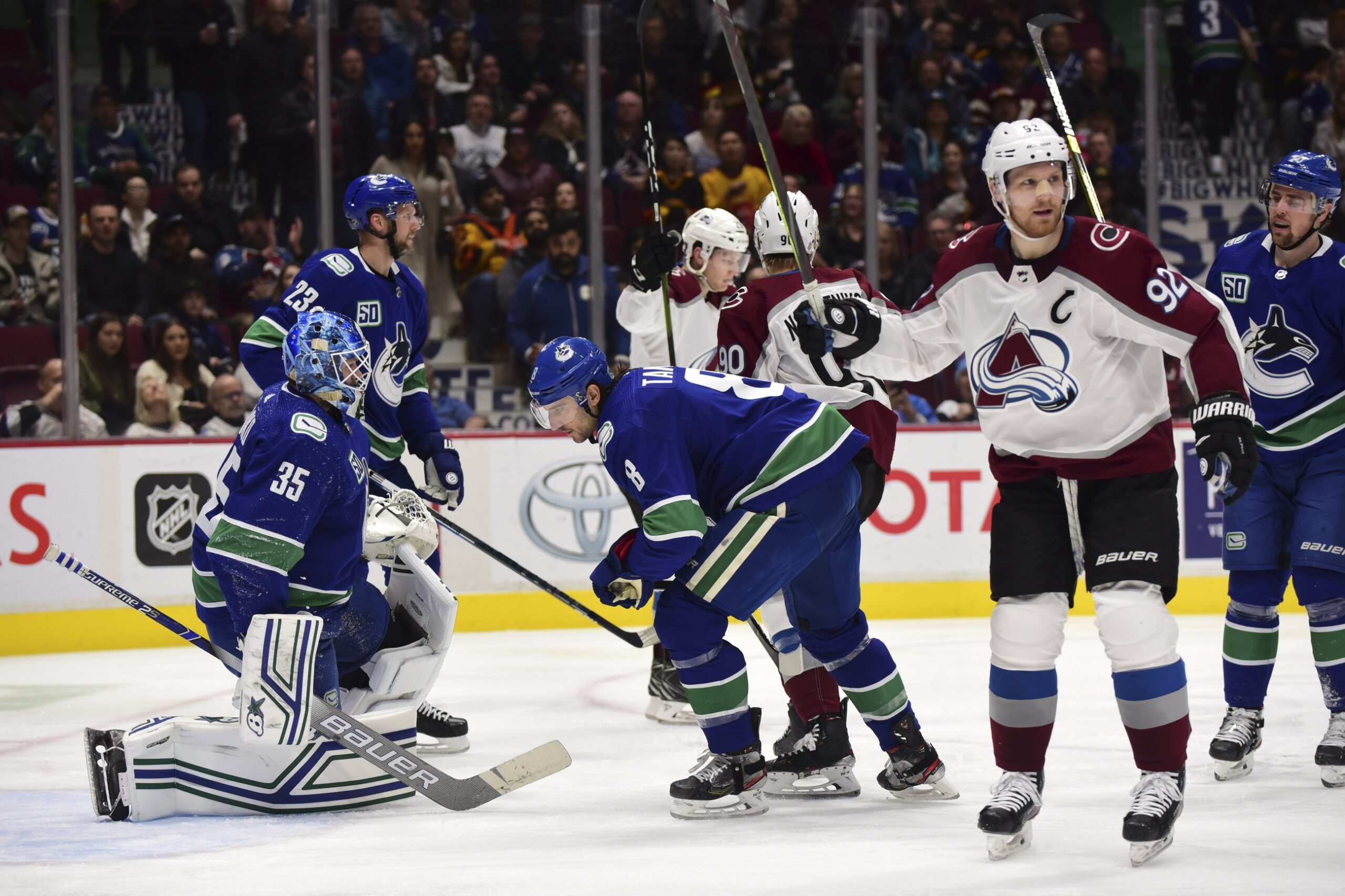 Avalanche Talk Podcast: A Step In The Right Direction