The award was presented to the senior forward tonight at the Consol Energy Center in Pittsburgh, Penn., site of the 2013 NCAA Frozen Four.

As The Western Collegiate Hockey Association Player of the Year and the WCHA Outstanding Student-Athlete of the Year—the first such skater to earn both accolades simultaneously in the 52-year history of the league—LeBlanc finished the 2012-13 campaign with 13 goals and a nation-high 37 assists for 50 points, one year after suffering a severely broken leg.

"Wow," he said on NHL Network upon taking the podium to accept the 33rd Hobey Baker Award. "This is one of those things...It's an unreal moment for me. I'm humbled, honored and blessed."

In 171 career games with the Huskies, LeBlanc collected 42 goals and 105 assists for 147 points. He ended his college career in Thursday's 4-1 loss to Quinnipiac and fellow Hobey Baker finalist Eric Hartzell in an NCAA semifinal. Johnny Gaudreau of Boston College was the other finalist.

LeBlanc, the first Hobey Baker winner in SCSU history, thanked his parents, who were present at the arena, and his friends and family back home in Minnesota. He also thanked his St. Cloud teammates, who cheered his name from the Consol stands.

"This is an individual award, but without those guys up there, it doesn't happen, " said LeBlanc. "Thanks, boys, I appreciate it.”

He then paused, but only momentarily.

"That's about all I got," he said to laughs.

Undrafted by the NHL, LeBlanc, 23, said he would like to continue playing, but said today was not the time for that discussion.

"Today belongs to Hobey Baker and what he represents," finished LeBlanc.

Check out the top rivalries in men's ice hockey 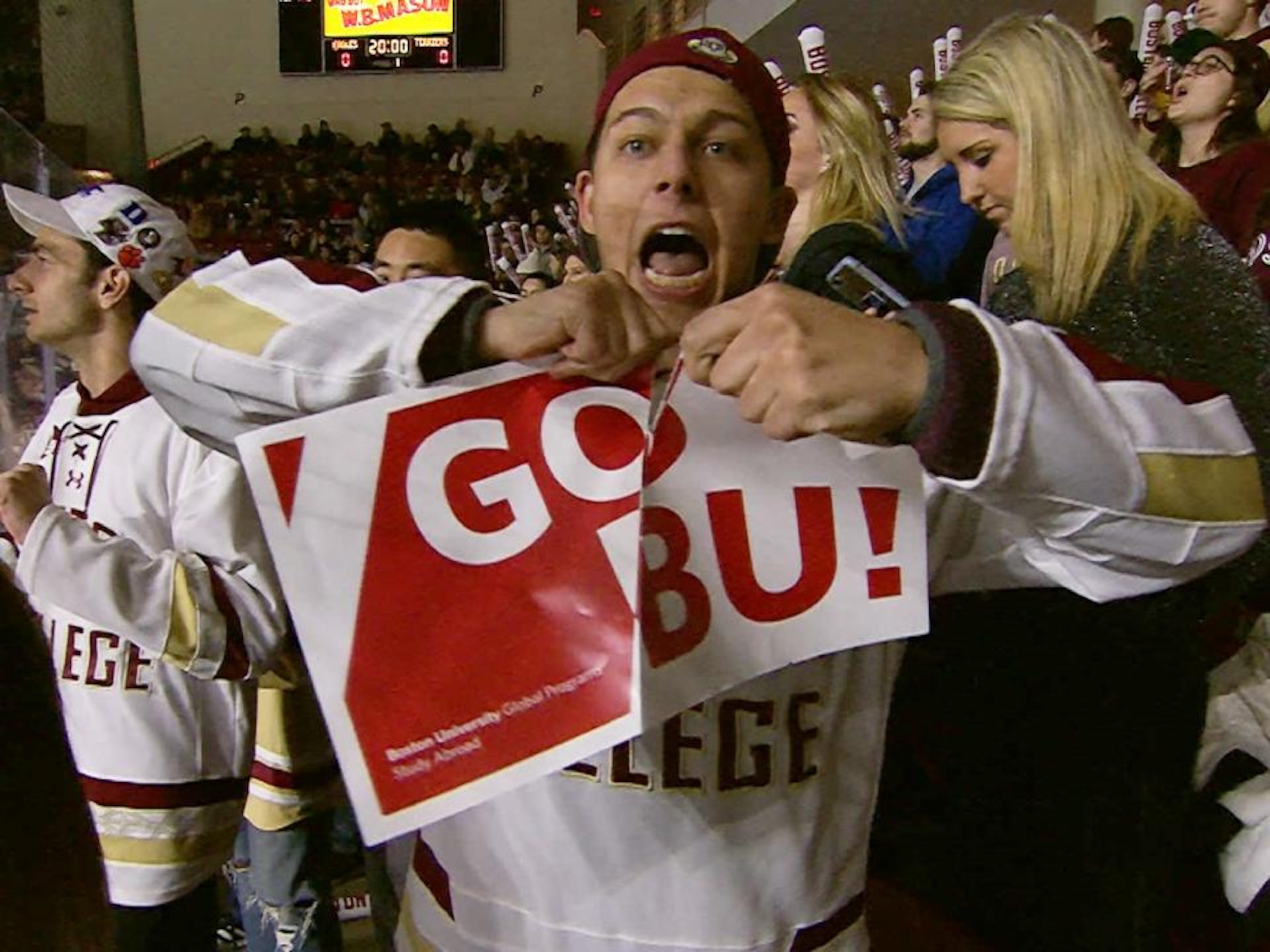 Check out the top rivalries in men's ice hockey 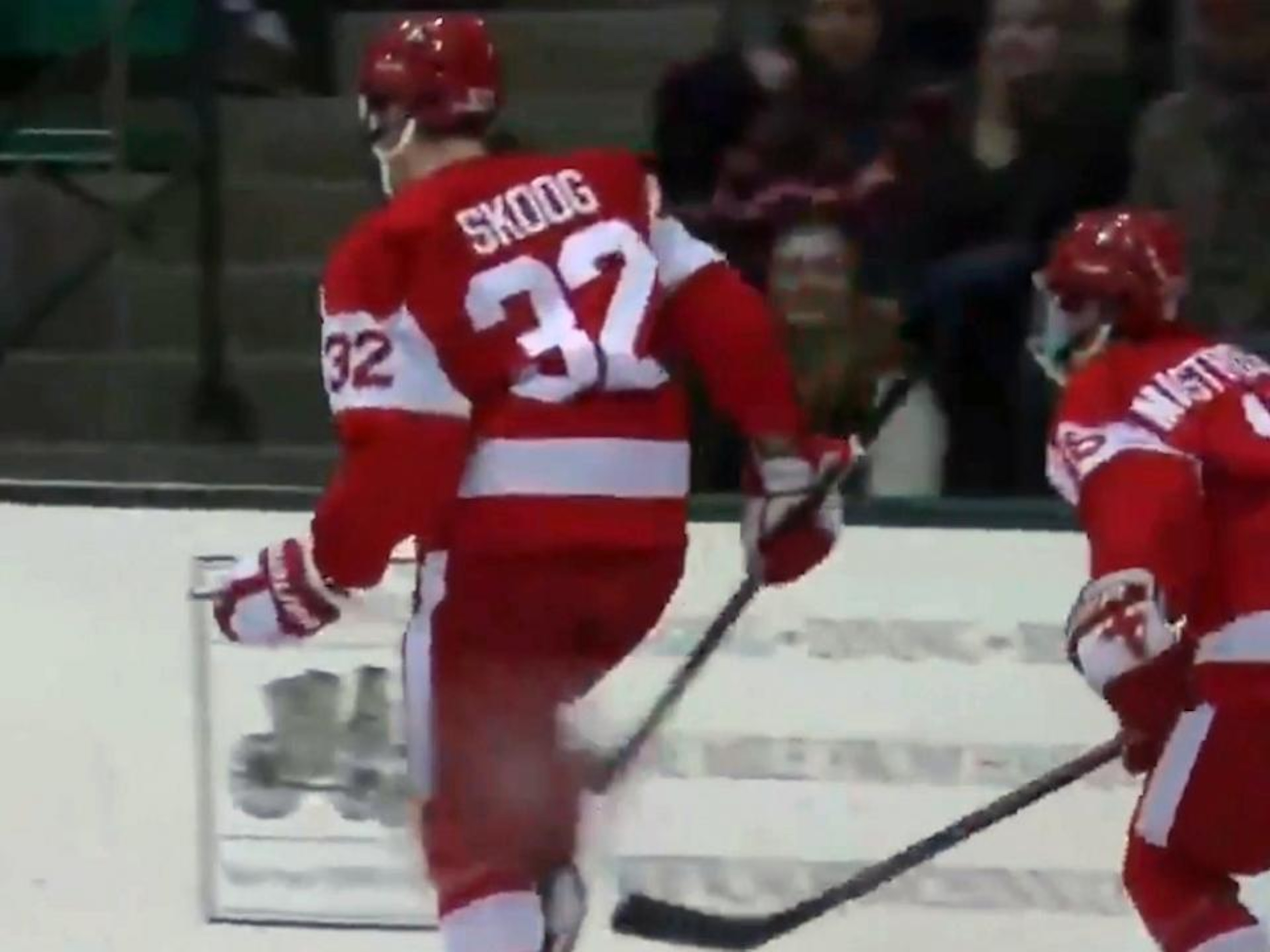 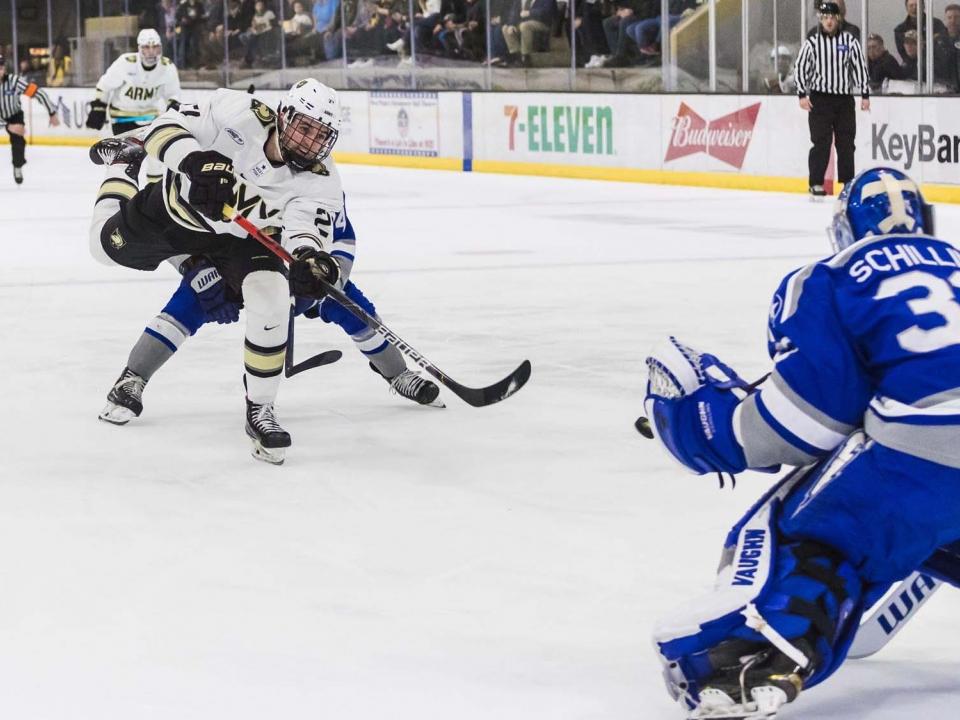 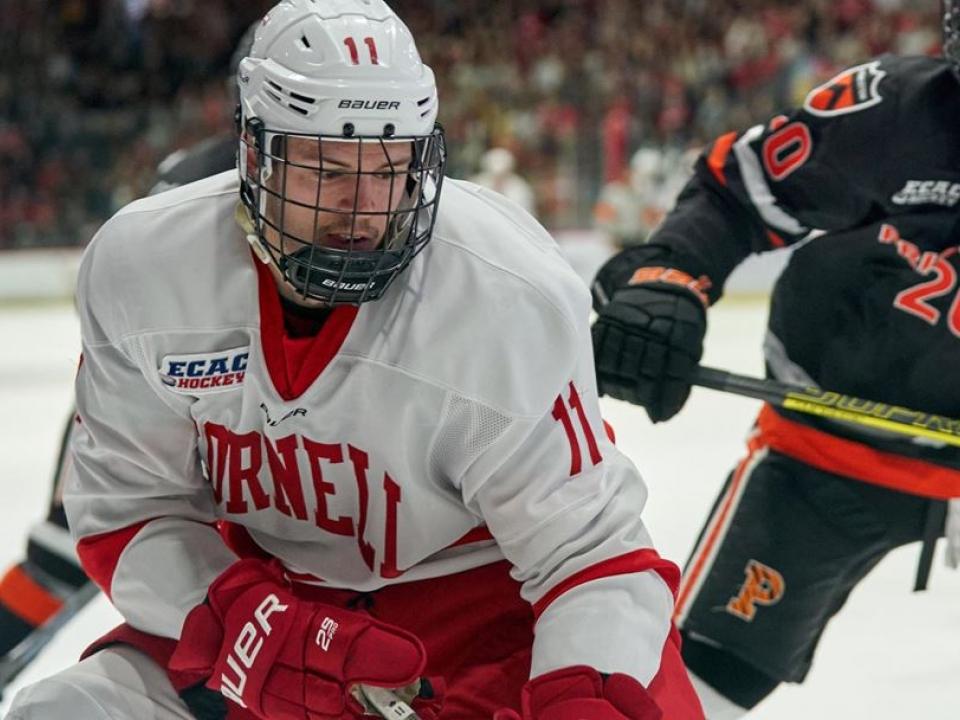