With UFC 100 coming up soon, I wanted to do something special. I decided to make a UFC timeline with all the important things that happened since the Ultimate Fighting Championship was created.

I made lots of research on all this information and I'm really happy to finally be able to publish it here. This is a very long article that I decided to separate into three sections and after every UFC event, the next part will be published. The next one will come after UFC 98 and the last one after UFC 99.

Ok so here we go.

1993—The UFC is founded by Rorion Gracie, Art Davie and Robert Meyrowitz.

November 12, 1993—The first UFC event is presented, UFC 1. Royce Gracie wins the tournament after beating three men in one night, including Ken Shamrock.

March 11, 1994—UFC 2 is presented and Royce Gracie wins the tournament again. Big John McCarthy referees for the first time in the UFC.

September 9, 1994—UFC 3 is held, Royce Gracie withdraws from the tournament in the semi-finals because of fatigue. Steve Jennum wins the tournament.

April 7, 1995—UFC 5 is the first event to feature time limits. A 20-minute time limit for the quarter-final and semi-final fights and 30 minutes for the finals. Dan Severn wins the tournament.

September 8, 1995—UFC 7 is presented and Marco Ruas wins the tournament.

December 16, 1995—UFC 8 is the first even to feature judges if ever the fight goes past the time limit. Dan Severn wins the tournament for the second time.

May 17, 1996—UFC 9 was the first event that didn't have the tournament format. Senator John McCain campaigns against the sport but it ends up taking place anyway. New rules are established because of this, fighters could only hit with open fists. After the event, John McCain pulled the UFC off cable systems.

May 30, 1997—UFC 13 features the debut of both Randy Couture and Tito Ortiz. Randy wins the heavyweight tournament while Tito loses in the finals of the lightweight tournament against Guy Mezger.

October 17, 1997—At UFC 15, some rules change. Fighters have limitations as to where they can hit their opponent and hair pulling is no longer acceptable. Vitor Belfort and Randy Couture fight for the first time, Randy wins the fight.

May 15, 1998—UFC 17 is the last event in a while to feature the tournament format. Carlos Newton, Dan Henderson, and Chuck Liddell all make their UFC debut. Henderson wins the middleweight tournament against Newton in the finals.

October 16, 1998—The UFC travel to Brazil for UFC: Brazil. Pedro Rizzo and Wanderlei Silva make their debut. Silva gets brutally knocked out by Vitor Belfort. This event also featured the first ever lightweight title fight.

September 24, 1999—UFC 22 featured what many consider to be the best fight in UFC history, Tito Ortiz vs Frank Shamrock for the UFC middleweight title. Matt Hughes and Jens Pulver both make their debuts. This event is also the last time Frank Shamrock appears in the UFC despite his win over Ortiz. The UFC middleweight title is vacated because of it.

November 19, 1999—The tournament format returns for one final time at UFC 23.

March 10, 2000—Controversy surrounds the heavyweight title fight against Kevin Randleman and Pedro Rizzo at UFC 24. Randleman slips and hits his head in his locker room before the fight. The fight does not take place and is moved to UFC 26.

April 14, 2000—After the retirement of Frank Shamrock with the UFC, Tito Ortiz battles Wanderlei Silva for the vacated middleweight title at UFC 25. Ortiz wins and goes on to be one of the greatest fighters in UFC history.

September 22, 2000—UFC 27 features the return of Dan Severn who loses to Pedro Rizzo in a heavyweight bout.

December 16, 2000—UFC 29 is held in Japan, it's also the last event that was held there. Matt Lindland makes his debut while Matt Hughes taps out to Denis Hallman in 21 seconds.

OK, so there you have it, the first of three parts of the UFC timeline. Hope you enjoyed it and will look forward to the next articles. 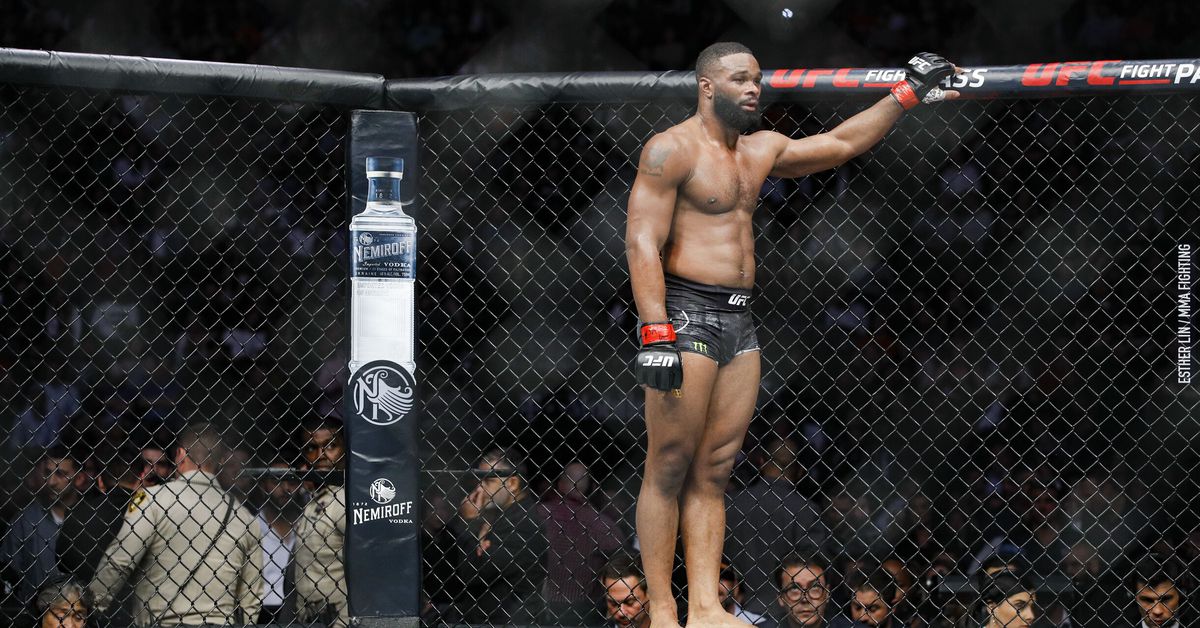