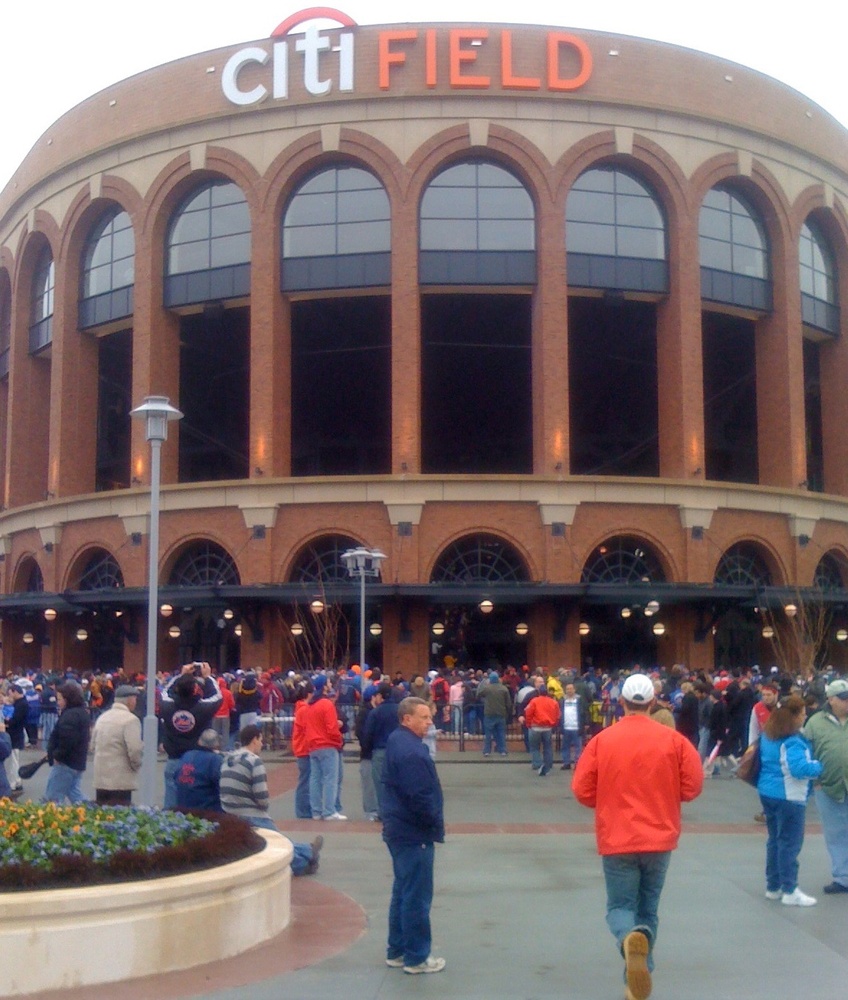 What a way to open a new stadium. Actually when you think about it, it was opened in typical Mets fashion.

The leadoff hitter for the other team gets a home run to open the game. The Mets starting pitcher struggles. Defensive errors score runs. The Mets come back but can't come back all the way. A balk drives in the winning run.

What other team does this kind of stuff happen to other than the Mets? It was a bizarre first game at Citi Field. Pelfrey struggled not only locating his pitches, but he even fell off the mound at one point. Feliciano's balk may have been the most subtle balk in major league history. I watched the replay at least 30 times and still couldn't understand why that's a balk.

There were two highlights tonight. The first being the pre-game festivities which included a ceremonial first pitch from legend Tom Seaver to future legend Mike Piazza.

The second highlight was David Wright's blast to left field. Wright was crushing the ball last night and hit another shot 405 feet to center, but the ball was caught against the wall. The best thing about Wright's homer was his reaction and intensity while running the bases. He wanted this game bad.

Many a Mets fan will comfort themselves by saying it was only one game. We can only hope it's not symbolic of how things will fare this year.