Sidney Crosby returned to Toronto's Air Canada Centre for the first time in three years on Saturday night, and was the difference-maker for the Pittsburgh Penguins, who defeated their hosts in a shootout by a score of 5-4.

Pittsburgh came out flying, ending the first period with a 3-1 lead, but Toronto's excellent special teams allowed them to claw back into the game. The Leafs were 4/4 on the penalty kill and 2/3 on the power play. That set up Phil Kessel's tying goal late in the third period, earning the Leafs a valuable point and a chance to steal the game.

The late turning point for Toronto was a crushing third period hit by power forward James Van Riemsdyk on Penguins' superstar Evgeni Malkin, who remained on the Pittsburgh bench but did not play another shift after the hit.

Crosby finished the night with a goal, an assist, and the shootout winner to salvage the game for his team, which is sitting comfortably at the top of the Atlantic Division.

Bruins look to build momentum in rematch vs. Pens

Bruins look to build momentum in rematch vs. Pens

Murray or Jarry: An interesting (and telling) decision awaits the Penguins on Sunday 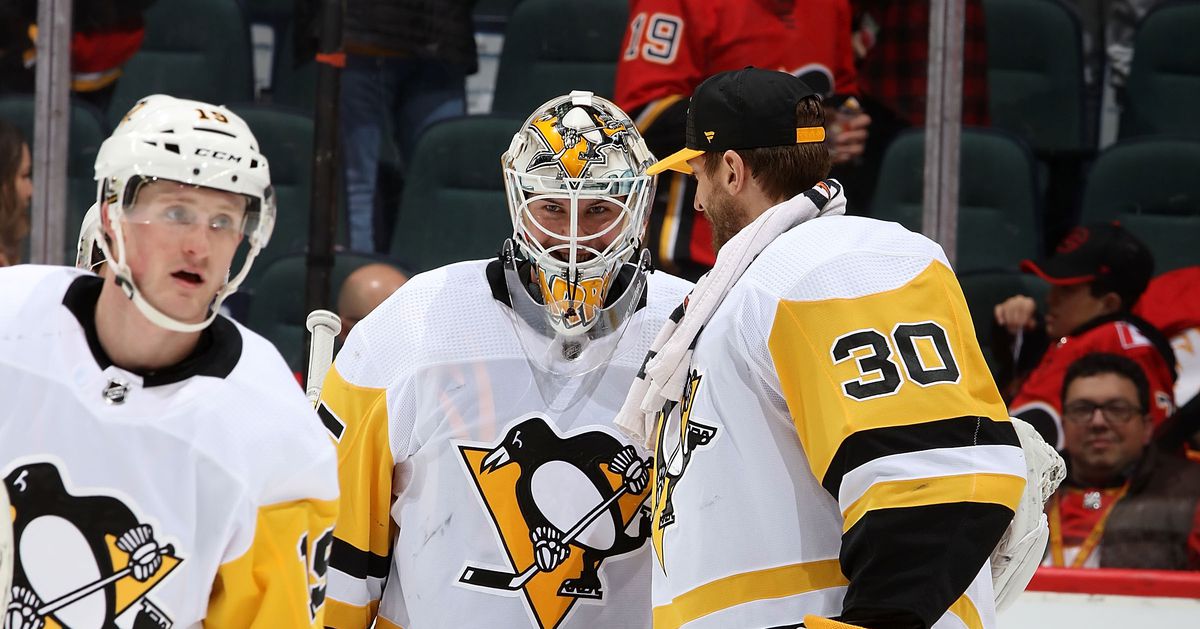 Murray or Jarry: An interesting (and telling) decision awaits the Penguins on Sunday