Just as Chicago Blackhawks center Patrick Sharp started to get things going, the injury bug hit on Wednesday night against the Colorado Avalanche.

According to James Duthie of TSN, the severity of Sharp's shoulder injury has been determined and a time frame is now available for a potential return to Chicago's lineup.

Chicago's Patrick Sharp has a fairly severe AC joint shoulder separation. Three weeks out likely the minimum. Could be a month.

The Chicago Blackhawks could be without star Patrick Sharp for a few weeks, according to Yahoo! Sports' Nick Cotsonika.

Hearing Patrick Sharp will be out two or three weeks.

After producing four points in his last five games, Sharp had to leave the ice with an apparent injury after being slammed into the boards by the Avalanche. Mark Lazerus of the Chicago Sun-Times had the report on Twitter:

Emery with another big stop on a 2-on-1, and Patrick Sharp is headed to the dressing room after a hit. He looks to be in pain. #Blackhawks

Adam Jahns of the Sun-Times also confirmed that Sharp appeared to be in immense pain as he headed to the locker room, noting that is left side seemed to be the culprit.

Patrick Sharp looked to be hurting pretty bad there heading into the #Blackhawks locker room. Slumped over, holding left arm (it looked).

Sharp got off to a fast start to the lockout-shortened 2012-13 NHL season. He had six points in the first four games, including a three-point game against the Dallas Stars that included a goal and two assists.

He cooled off considerably in the scoring department after that, scoring just three goals in his last 19 games. However, Sharp's contributions to the Blackhawks are far too great to just measure by goal-scoring prowess, and he's a big part of what Joel Quenneville and NHL-leading Chicago do on a nightly basis.

Chicago was down 2-1 when Sharp left the ice, but managed to get an equalizer in the third period that knotted the score at two.

The nine-year veteran was a member of Chicago's 2010 Stanley Cup team, the 2011 NHL All-Star game MVP and also participated for Canada in the 2008 Ice Hockey World Championships. If he is out for an extended period of time, it would be a huge blow to Chicago's depth as it looks to continue to pace the entire league. 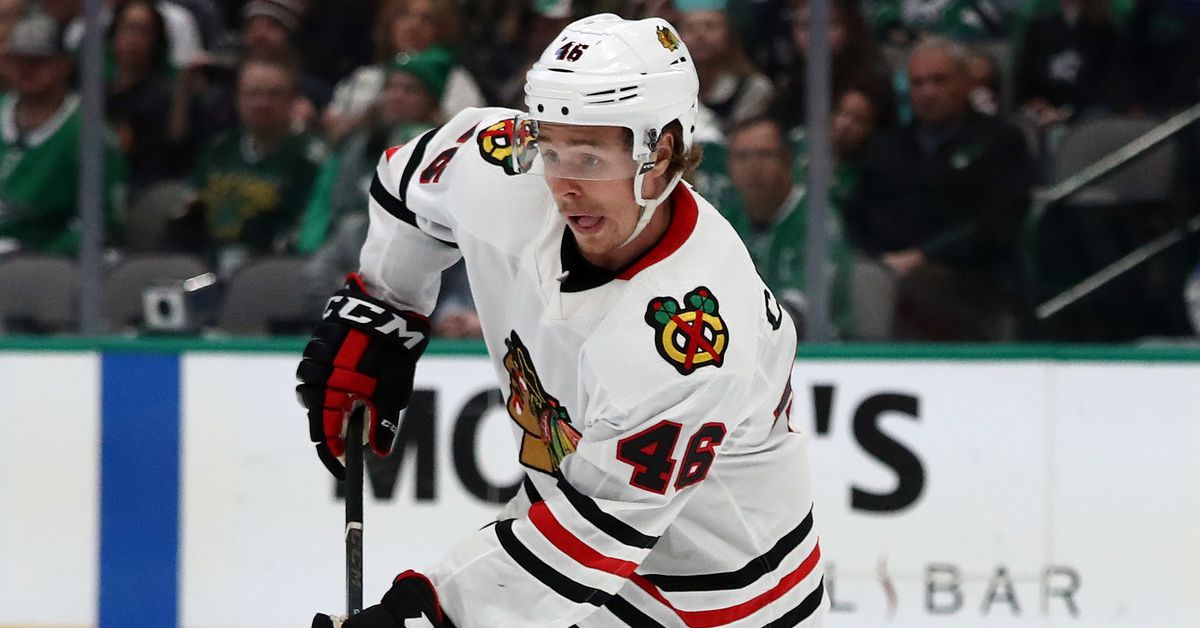 The Greatest American Born Chicago Blackhawks Of All Time

The Greatest American Born Chicago Blackhawks Of All Time