For the second time in less than a week, Real Madrid have beaten their fiercest rival. Despite sitting most of their top players to start the match, Madrid defeated FC Barcelona, 2-1, at Saturday’s La Liga clash at Bernabeu.

With the second leg of their Champions League Round of 16 match against Manchester United coming up on Tuesday, Jose Mourinho had seemingly made the executive decision to punt the match. Cristiano Ronaldo, Alvaro Arbeloa, Sami Khedira, Gonzalo Higuain and Mesut Ozil all started on the bench.

However, things quickly changed once the Madrid manager realized the match was within reach. Karim Benzema scored early in the match to put his side ahead, 1-0, and Ronaldo, Khedira and Arbeloa were all substituted in at later points once Lionel Messi tied the game.

Sergio Ramos’ goal late won the game for Madrid, their second straight victory in El Clasico after winning in Copa del Rey. The match’s result ultimately won’t affect the La Liga standings much—Barcelona is still far and away the leader—but there were some major takeaways from this contest.

Here is a quick breakdown of the biggest ones.

Though his side ultimately fell in frustrating fashion, the world’s greatest player was...the world’s greatest player once again on Saturday. After Karim Benzema’s goal in the sixth minute put Madrid ahead 1-0, it did not take long for Barcelona to find the back of the net via Messi. The reigning Ballon d’Or recipient struck paydirt following a beautiful through ball from Dani Alves in the 18th minute.

The goal tied up the match and also helped atone for Messi’s disappearing act in their match on Feb. 26. Messi went scoreless in the Copa del Rey fixture and drew rare scorn from the Barcelona faithful in the days following.

More importantly, Messi’s goal set even more records. The star forward now has scored goals in 16 straight La Liga fixtures, and Messi’s goal on Saturday was his 18th in El Clasico competition, tying Alfredo Di Stefano for the most all time, per SportsCenter’s Twitter feed:

This is probably a good time to mention Messi is only 25. Under contract through 2018, Messi will have a lot more opportunities to put himself alone in the record books. I’m going to go out on a limb here and say the 86-year-old Di Stefano should do his best Mercury Morris impersonation and bask in the record while it still stands.

Cristiano Ronaldo Changed the Course of the Match

Sitting out along with many of his top teammates at the beginning of the match, Ronaldo subbed in for Benzema in the 58th minute. With Barcelona’s side seemingly in control of the match’s pacing, the move represented Madrid’s desperation to change the momentum—and Ronaldo did just that.

Ronaldo, like Messi, showed why he’s a yearly Ballon d’Or contender on Saturday. He was Madrid’s most effective force despite playing just 32 minutes, and his ability to create opportunities was a paradigm-shifting adjustment.

Every single minute Ronaldo was on the pitch he was making moves on the attack. Madrid went from playing at Barcelona’s pace (and thus into their hands) to becoming the high-speed attack machine seen during most fixtures.

Ronaldo attempted six shots in his little more than half-hour on the pitch, two of which went on goal. Though he was ultimately not awarded a goal nor involved with the game-winner, it wasn’t for lack of trying. His free kick in the 88th minute nearly put Madrid up 3-1 and his overall effect was one of near single-handed dominance.

Three words for you, Madrid bosses: Pay the man.

Barcelona Have to Fix Their Problems at Midfield

Overall, this match followed what’s becoming an eerily similar pattern for Barca. They dominated possession, keeping the ball for 72 percent of the match, but many could be mislead about that statistic.

Barcelona kept possession for that long because of the thoroughly mediocre play of their midfield. Solid attacks were few and far between—Barcelona attempted a paltry five shots, only two were on goal—and they struggled to move the ball inside striking distance.

For a team whose offense is so heavily predicated on midfield excellence, the Catalans have gotten bothersome performances of late from their high-paid stars. Andres Iniesta was in fine form, but otherwise the midfield seemed satisfied with passing the ball back and forth rather than attacking forward.

It’s similar to the way Barcelona were upset by AC Milan in Champions League. They dominate possession without dominating pace. It’s a distinct difference from the way they rampaged through the beginning of the season, holding possession while still carving deep into the defense.

That being said, this loss means very little. Barcelona still have a 12-point lead in the table and Madrid is still languishing behind Atletico. Things might seem dire at Camp Nou after Barcelona’s recent struggles, but all they really need to do is look at the La Liga table to feel better about themselves.

Oh, and fix the midfield, too. You can only rest on early-season dominance for so long. 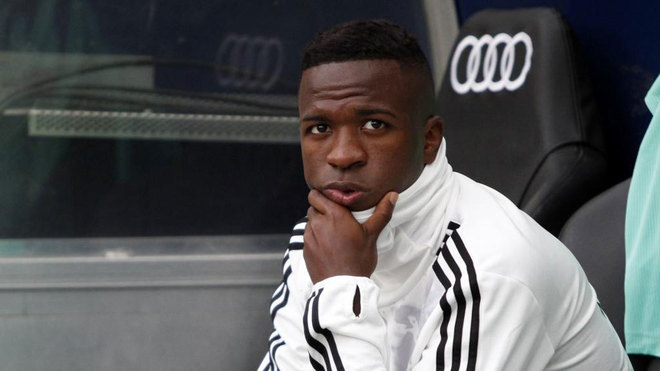