Alex Rodriguez has me hooked.

He is a dominant home run hitter, with 647 career home runs on his resume (5th All Time, trailing Willie Mays by only 13 HR). He is a three-time MVP (tied for 2nd All-Time behind Barry Bonds). Two franchises proffered him $250-plus million contracts to wear their uniforms (Texas Rangers and New York Yankees). He is a 14-time All Star (tied for 15th All Time), a 10-time Silver Slugger between two positions (tied for 3rd All-Time) and has two Gold Gloves to boot. He has a World Series trophy on his mantle, earned in 2009 with the Yankees.

He was the first overall pick in the 1993 MLB Draft. Back then, he was bright eyed and eager although authoritative and down-to-earth. He knew he was playing for money, playing for fans and playing for his individual brand from Day One.

He famously won a fan a million dollars by hitting for the cycle while with Seattle. Those same fans also named him the best player in baseball in 2002. Rodriguez never shies away from charity work, and through his endeavors, he has donated millions of dollars and has changed innumerable lives.

He allegedly had an affair with Madonna. Cameron Diaz fed him popcorn at the Super Bowl. Kate Hudson, Bethany Frankel and Torrie Wilson all famously entertained Alex off the field.

On a fateful Spring Training Day, we first learned that the beloved playboy took steroids to enhance his playing ability. Chartreuse as it turned our faces, we were proud of him for coming clean and putting his past in its place.

He is image conscious and wary of his likability. He is a divining rod, a lightning bolt and a clap of thunder on a sunny and clear summer day.

He is skilled, powerful and graceful under pressure.

He is yet again facing scrutiny and allegations of steroid use.

Forget the dubious nature of the story. Anthony Bosch was foolish enough to ledger a million dollar client seeking secrecy under his proper name? He and his lawyer issued a denial of the story!

Forget that Rodriguez categorically denied the allegations through a PR firm indicating his refusal to give baseless charges credence.

Forget that Rodriguez's performance and career declined over the last few seasons and that his injury history grows by the day. He underwent yet another hip surgery this offseason.

Let's realize that the people who stand to gain from this story are the same people who released the "information," the writers. These are the same writers who stirred the American public into a frenzy during the home run chase of 1998 only to dash our dreams with sheets and reams of accusations and with interpretations on anabolic steroids and androstenedione.

These are the same writers who have found a niche market writing books and articles on the same players whose careers they dash with quill and ink on a whim with unfounded and unsupported leads.

These writers are the reason why Alex Rodriguez is so misunderstood. He was forbidden privacy. He knew his value, and he knew how to maximize it, although his young mind failed to realize the inevitable cost.

He lacked the education and the guidance to realize the parasites he needed to placate along the way.

Consider the New York Times story back in July of 1993, when Rodriguez turned 18, already questioning his decision making. Why shouldn't Rodriguez attend college when superstars from other sports are? What makes him so worthy, when he isn't smart?

And that's the point where the disconnect began; he wasn't the icon the writers wanted. He was candid and quotable, well-spoken and idealistic. He was as good as they were at everything they wanted and didn't need to try.

And so Rodriguez, who was still an innocent boy, was already having his name and likeness proliferated as spoiled, egotistical and literally eye-brow raising.

But trust me, Alex Rodriguez is not who you think he is.

He is every bit the superhuman athlete, the charitable soul and the affable and efflorescent playboy that you see. He is cool under pressure, determined and successful. He is every little boy's dream and every sportswriters' envy.

Alex Rodriguez is the greatest player of All-Time.

And if you disagree, look at the evidence.

Stop mistreating his legacy on rumor just to make a legacy for yourself.

How Gerrit Cole Will Help the Other Starters in the Rotation

How Gerrit Cole Will Help the Other Starters in the Rotation 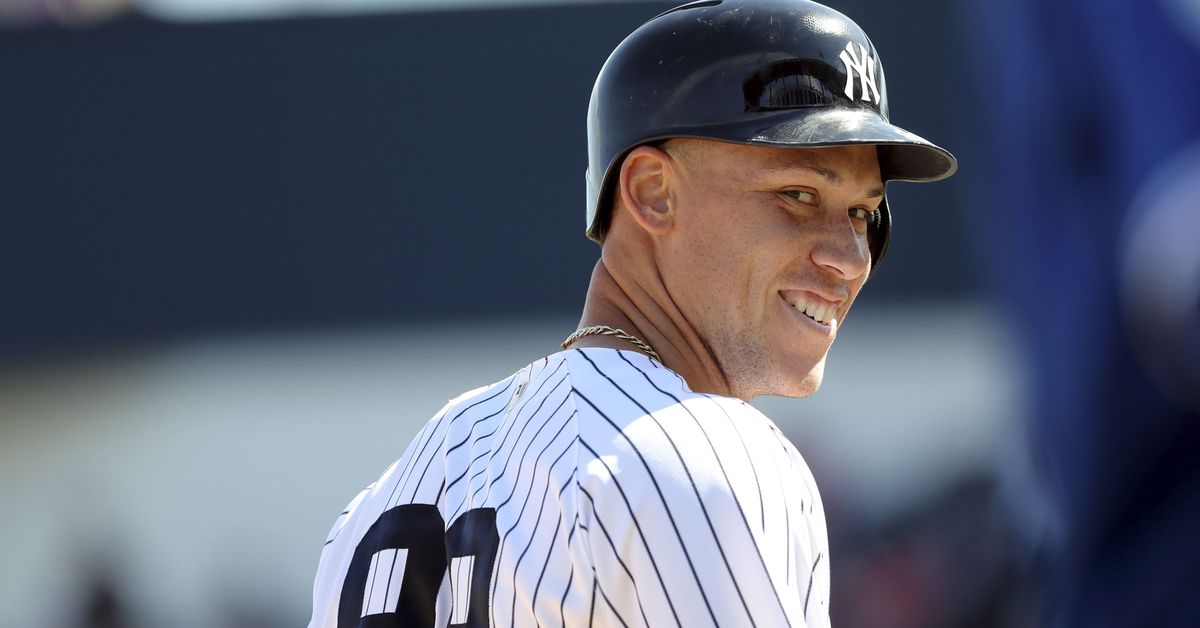