There were a number of superb transfer deals concluded in the January Transfer window, but none stand out as much as Lewis Holtby's £1.5 million move to Tottenham Hotspur from Schalke 04.

To say that Spurs have pulled off one of the transfer coups of the season would be something of an understatement. Before his move, the 22-year-old was one of the hottest prospects in German football and had represented his country at every age group from Under-19 to the senior team where he has three full caps under Joachim Loew.

Going a little bit further to understand more of his outstanding reputation and potential, all you have to do is realize that Holtby was the regular German U-21 captain during their qualification run for the upcoming U-21 European Championships.

As a player, Holtby is blessed with a superb work ethic, has great vision, is surprisingly strong and extremely quick over short bursts, he is technically superior and above all else he is also incredibly unselfish. All these attributes combine to make him a potential superstar.

The highest profile transfers of the window were Liverpool paying Chelsea £12 million for Daniel Sturridge and Manchester United paying Crystal Palace £15 million to acquire the services of Wilfried Zaha. Considering these inflated fees, it is easy to come to terms with Spurs' brilliant capture of Holtby.

Spurs had initially signed Holtby on a free transfer that would kick in at the end of the season. However, following Sandro being ruled out for the rest of the season through injury, Holtby was brought in to bolster the midfield during the Lilywhites' push for a spot in the Champions League.

The German international is comfortable anywhere along the spine in central midfield. He can play in a defensive role or a more traditional central role, which Andre Villas-Boas favours, or an attacking role just behind the striker. Lucky, as he is known to his fans, has even been known to show up on the left as a standard left-sided midfielder or as a left-sided attacking midfielder. His natural role, however, is through the centre.

Boasting power, pace, determination and the kind of work ethic one expects of all German internationals, Holtby could just turn out to be the spark that Spurs need to push their season on to another level.

His new manager at Spurs, Andre Villas-Boas, has already indicated that the youngster will fill the void left by the departure of Rafael van der Vaart to Hamburg last summer.

According to the Mirror, Villas-Boas said:

Holtby scores [goals]; he has a brilliant left foot, so it’s one of his qualities.

He will fill the number 10 position, although he can play right or left - [he] did it for Mainz at the beginning of his career. He has also played as a holding midfielder before.

The expectation that we have [is] because of his creativity. We can compare him to Rafa to a certain extent because he was a full international coming from Real Madrid and Lewis has all his career ahead of him.

The key difference between Van der Vaart and Holtby is that the Dutchman is an attacking midfielder who supports the striker, whereas Holtby can play as an attacking midfielder who can support both midfield and the striker. In years gone by when Spurs were under the cosh, Van der Vaart would be little more than a passenger as midfield was overrun.

Holtby's instinctive priority is to act as a midfielder rather than a forward and share the load in the heat of battle. A simple comparison between the two players shows that Van der Vaart has 150 goals from 424 games whereas Holtby has just 29 from 160. This blunt correlation almost contrasts their playing styles perfectly.

Add in Holtby's 10 assists and four goals from 26 games this season and his average of 1.5 key passes per game and you have the understanding of a player who prioritises the team and creativity over scoring goals.

The fact that he attempted 24 passes in 19 minutes and received the ball 21 times, 14 times in the attacking third, directly presents his intention to be involved in every facet of play.

Given Villas-Boas' comments, one would expect Holtby to take over the attacking midfield duties from Clint Dempsey and Gylfi Sigurdsson. Neither player has settled in for varying reasons. Dempsey is perhaps more comfortable in a more direct team than Spurs, while Sigurdsson looks like he is struggling to come to terms with the weight of expectation.

The main reason for both players' labouring form, though, is the equally laboured form of Emmanuel Adebayor. The Togolese striker brings his midfielders into the game, whereas Jermain Defoe feeds off his midfielders. In that respect, one can understand where they are going wrong.

Holtby, though, is another type of player all together. He is comfortable in a creative role or in a supporting role and is a far more dynamic prospect than both Dempsey and Sigurdsson. In short, he can play in any system and with any type of striker.

Spurs already possess the most powerful and athletic midfield in the Premier League. Mousa Dembele has been nothing but a revelation since he joined from Fulham. Gareth Bale is rightly hailed as one of the most powerful athletes in football, anywhere on the planet. Aaron Lennon is arguably the quickest player in the league, and Sandro and Scott Parker are as combative as they come.

Add Lewis Holtby into that heady mix and Spurs have a midfield that could steam-roll almost any team in Europe. The 22-year-old is famed in the Bundesliga for his rapier quick bursts from midfield and instinctive vision and could be exactly what Spurs need to complete their task of finishing within the top four.

If the ex-Schalke man can add his average of creating 1.5 goal-scoring chances per game to Spurs' play, they will easily improve their 48 percent winning efficiency rate. In seasons gone by fourth place has been achieved by anything from 48 to 52 percent. At this moment in time Everton and Arsenal are Tottenham's nearest rivals for fourth with 44 and 46 win-rate percentages respectively.

While Holtby might just be the big-name, high-potential young signing that many Spurs fans dreamed of, he may also be the first step in succession planning for a certain player.

The elephant in the room at White Hart Lane is whether Tottenham can hold onto Gareth Bale for another couple of years. Bale's contract at Spurs ends in 2016 so Andre Villas-Boas could realistically hold onto the phenom until the end of the 2014 season before moving him on.

If Bale's trajectory continues at his present pace there is no way on earth that Spurs would be able to match his ambitions or wage demands, so selling him on seems the likeliest option. Real Madrid have already scouted the Welshman with reports in the Daily Mail suggesting that his transfer fee could be upward of £55 million.

At Porto and Chelsea, Villas-Boas utilised a dynamic 4-3-3 system that simply does not suit the current personnel at Spurs. Lewis Holtby's capture could easily signal a step in that direction for the Portuguese manager as he is comfortable in central midfield and anywhere across the final attacking third.

In that respect, Holtby could turn out to be the best signing of the 2013 January Transfer Window but also the most important piece in the Spurs jigsaw for years to come. 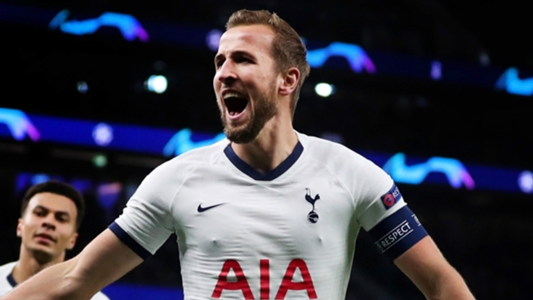