Former Gonzaga center Robert Sacre put forth the best definition of the rivalry between GU and St. Mary’s last season; a rivalry that many consider to be the best rivalry on the west coast and in all of college basketball.

“They hate us and we hate them,” Sacre said. “It’s a love-hate relationship. They make us better. We make them better.”

There are a couple of aspects that can elevate a rivalry to an elite level.

Gonzaga and St. Mary’s display these characteristics and a whole lot more, and that is what truly makes this the best rivalry on the west coast.

To be an elite rivalry, there must be excellent competition and a thirst to be victorious.

A rivalry is only interesting if both parties can compete to win the proverbial bragging rights.

For the past five seasons, the WCC has been a two-horse race between these two elite mid-majors, and both teams looked to improve as they jockeyed for position.

Until last season, though, Gonzaga always finished first.  For the first time in 11 seasons, the Zags did not win the WCC regular season title or the WCC Championship.

Behind the incredible coaching of Randy Bennett and his talented roster, St. Mary’s went from the proverbial little brother to a nationally recognized giant slayer.  Last season’s WCC Championship was the defining sign that the Gaels had arrived.

This season, Gonzaga is looking to reclaim the WCC, and you have to think that based on their success this season, that they will do just that.

Don’t think for a second that the Gaels are going to go quietly into that good night, though.

A rivalry is worthless if it is not acknowledged by its participating members.

Beyond the numerous statements of players and coaches discussing this great rivalry, I’d argue that the very systems in place at these two schools are recognition of the intense rivalry.

St. Mary’s is loaded with talented players that can exploit many of Gonzaga’s weaknesses.  Gonzaga is likewise strong where St. Mary’s is weak.

In many ways, the competitive drive that pushes teams against each other makes the rivalry between Gonzaga and St. Mary’s special.  While both teams build their teams to compete nationally and in March, it is not surprising that their systems seem to be built to beat each other.

St. Mary’s is built upon the incredible play of their point guards. Matthew Dellavedova, who is averaging 17.4 PPG and 6.7 APG, is just the latest in elite point guards to come to Moraga.

Past point guards such as Patty Mills and Mickey McConnell were made famous for causing Gonzaga grief.  Behind strong point guard play, St. Mary’s frequently abuses the traditionally less than stellar team defense of Gonzaga.

Gonzaga, on the other hand, has long boasted a strong front court that normally stands a few inches taller and outweighs that of the Gaels.

This season, Kelly Olynyk and Elias Harris are combining for 32.2 PPG and each pull down close to seven rebounds game in and game out.

This is within the model left behind by the likes of Robert Sacre and Ronny Turiaf.

These two very different programs are built for March, but don’t think for a second that they aren’t built to win the rivalry.

Nothing is Off Limits to Students

Players expect this and look to prepare themselves accordingly.

Before visiting Moraga last season, Gonzaga shooting guard Gary Bell Jr. said, “They’re going to be saying stuff about my mom, my family, stuff I didn’t think anybody knew about. I think I’ll be ready for it.”

This is the game that fans circle on their calendars.  Both Moraga and the Kennel have their loudest moments because of this rivalry.

Chants of “overrated” by St. Mary’s are countered by chants of “we expect this” from Gonzaga.

I’ll be honest, I didn’t speak to my brother for two days when he said he was applying to St. Mary’s. 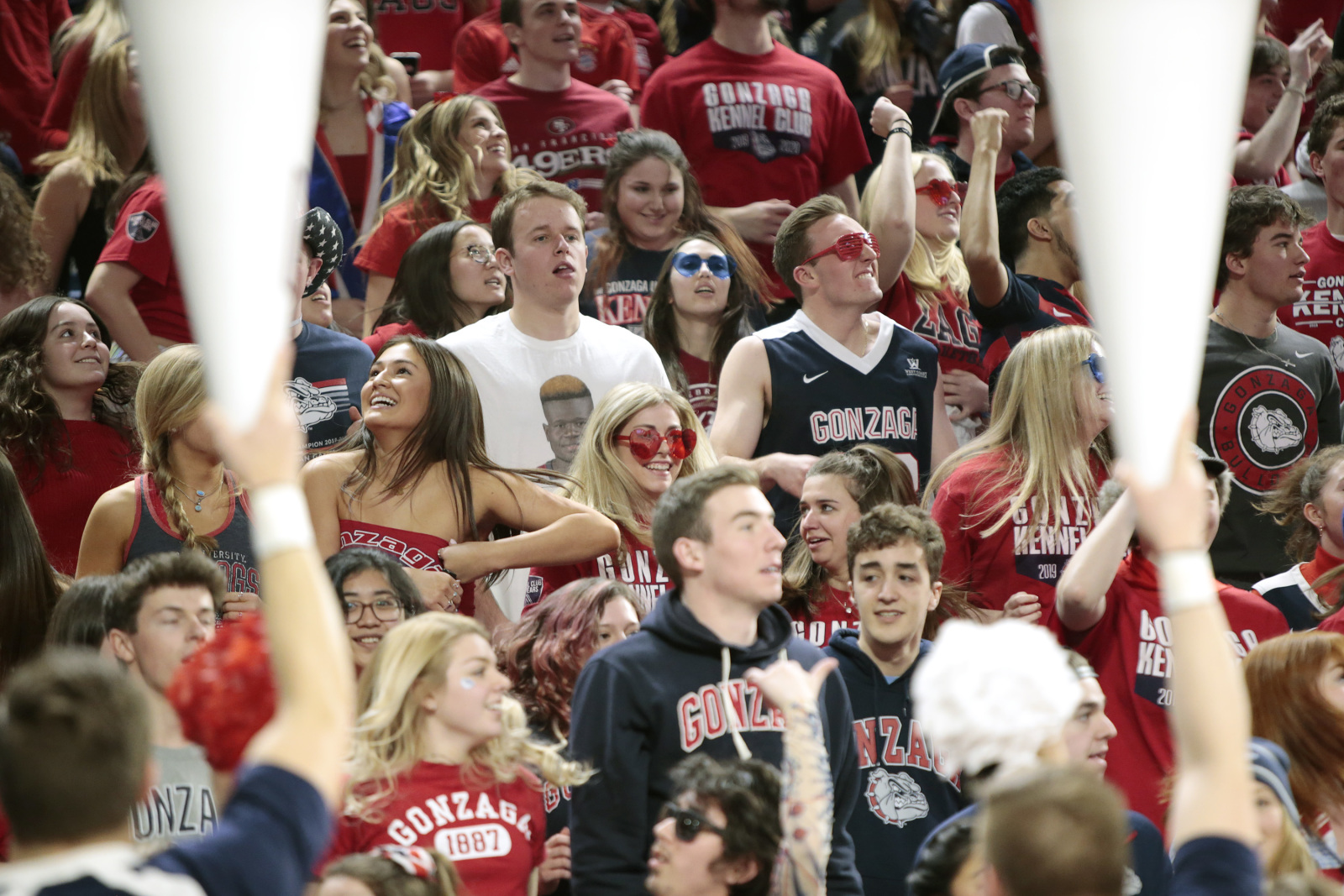