Two searches for a head coach of Kentucky Basketball in three years, huh?

Didn't I have this screensaver three months ago?

You may say, “You can’t have a coaching search before the current coach is gone,” but I say that UK fans and probably some of those dreaded “back channel” types (that’s the buzz word in UK Basketball right now, on par with the “Surge” in the 2008 Election”) have already staged a coaching search of their own.

The product of all this uncertainty and the mumness (yeah, that’s a new word I just made up, deal with it) of the higher-ups on the issue has caused a vacuum of actual news. When there’s a vacuum for actual news about UK Basketball, it gets filled with speculation and rumor.

Even the national media is getting into the act. We’ve heard of people like Pat Forde, Tim Brando, Jeff Goodman, Seth Davis, and Michael Wilbon say with varying degrees of information and insight that they believe Coach Gillispie is out the door no matter what.

If people who have a journalistic reputation to uphold are willing to jump on the rumor train, you know that the rumors that UK fans and “program insiders” and throwing around are just going to be out of control.

That has certainly been the case, and the rumors have ranged from scary to intriguing, believable to outrageous, dumb to downright funny. These are some of the things I’ve heard:

-I’ve heard that Gillispie is out about a million different times in a million different forms. I heard he was out after the UNLV game and the Creighton game no matter what, but he survived. The latest rumor I heard is that IMG, who is charge of UK’s media, was told by UK that if UK loses to Notre Dame the Billy Gillispie Show is cancelled on Thursday.

-Billy Donovan agreed to coach UK immediately after Florida went down to Penn State in the NIT.

-A friend told me that the father of one of his fraternity brothers is on the FedEx Board and said that John Calipari is in at UK for $4 million a year.

-A kid who supposedly goes to school with Ryan Pitino has said that Rick Pitino has quietly accepted the UK job through “back channels”, but is waiting to do so officially until UofL’s season is done. Pitino is apparently coming back because he can’t stand to see the UK program in such a sad state.

-I’ve heard that Tom Izzo to UK is all but a done deal.

-Jodie Meeks and Patrick Patterson are done at UK if Gillispie returns.

-Jodie Meeks and Patrick Patterson are done at UK if Gillispie leaves.

So, apparently Kentucky is going to fire their coach and hire four new head coaches, blatantly stealing the Chicago Cubs idea of a “College of Coaches”, which worked beautifully in 1961-1962 to a tune of a 123-192 record.

The four coaches will all be paid $3+ million, and every McDonald’s All-American ever will come to UK. The downside is that they’ll have to do it without Meeks and Patterson.

So, what about our faithful readers? What have you heard that has made you scratch your head, shake your head, stomp your feet, or laugh out loud?

For more from the Pinkie, go to www.straitpinkie.com.

Calipari open to a return by Juzang 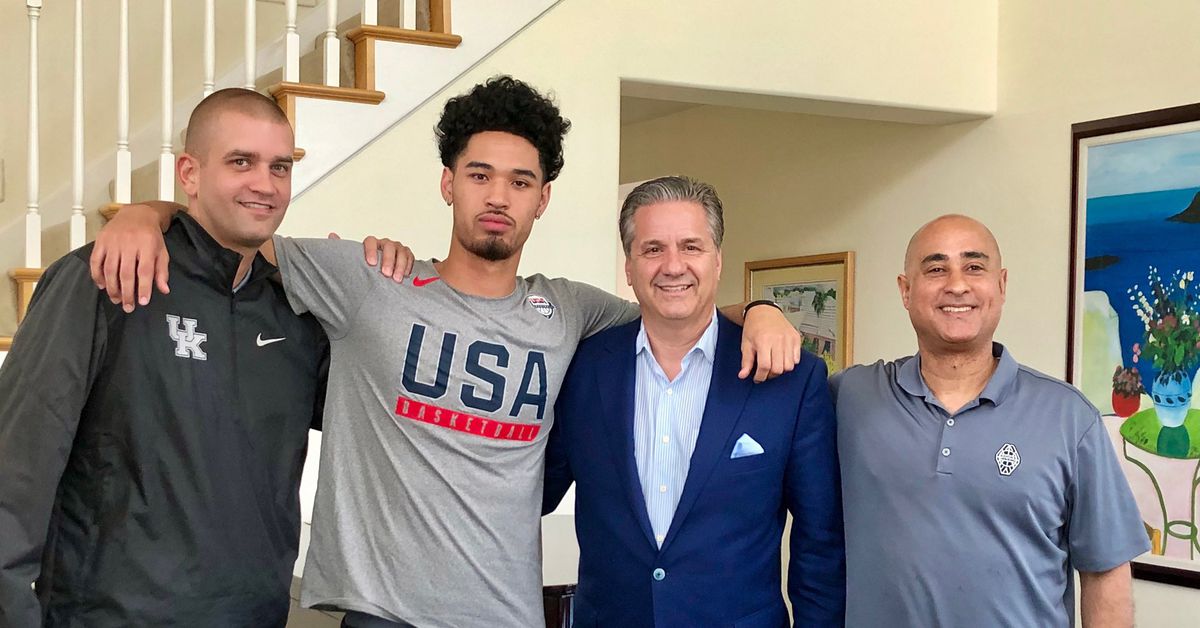 Calipari open to a return by Juzang

A bearded Coach Cal checks in on the BBN 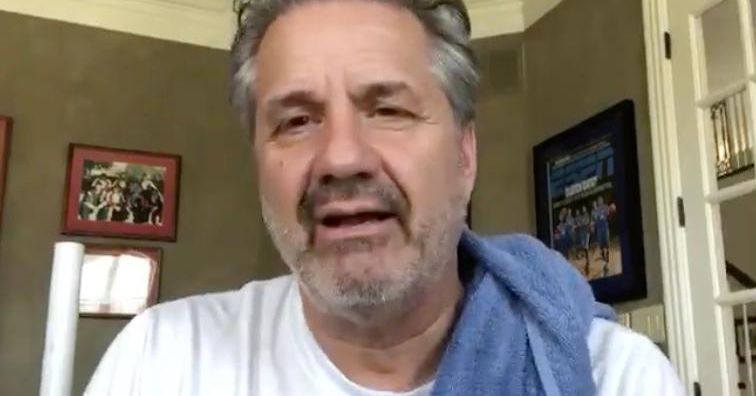 A bearded Coach Cal checks in on the BBN