Manchester United are reportedly looking to make some winter transfer moves in the upcoming transfer window that would see current winger Nani sold by the club and replaced by Porto sensation James Rodriguez, whom the club are monitoring.

According to various media outlets including The Telegraph, contract talks between Nani and United have broken down once more and the club are interested in selling him over the January transfer window—to whomever throws the most money their way, it seems.

The Manchester club would then look to replace him with James Rodriguez.

Per The Daily Star:

Manchester United have lost patience with Nani.. and has left them with no choice but to offload him [now] to avoid the risk of losing him for nothing.

The news will alert a host of clubs including Porto, Benfica, Juventus and Zenit St. Petersburg. It is understood that United will consider offers of around £20 million and use the funds to replace him, with Porto winger James Rodriguez being Fergie's No. 1 target.

Nani has already attracted criticism from Sir Alex Ferguson (per Goal) about his poor performance in United's recent Capital One Cup loss to Chelsea, and considering that the winger was already on the outer at the club, is surely departing the club over the January transfer window.

The Portugal international is unlikely as such to agree to a new deal at Old Trafford, with the parties believed to be "a sizable distance apart on salary figures".

With the likes of Antonio Valencia and Ashley Young at the club, Nani was forced to take somewhat of a lesser role last season—clearly something that he didn't appreciate and has decided to move on over.

But the question remains, if Nani didn't like being behind Valencia and Young in the pecking order at United, what's going to make the rumored Porto winger, Rodriguez, any more interested in joining the club than Nani was staying at the club?

The talented 21-year-old recently stated via The Daily Mirror:

We all know that Manchester United are a great club... but I'm thinking Porto for now. We're having a good time and personally I'm feeling fine and am focused on there.

He is without doubt one of the most talented young wingers in world football, having already drawn comparisons to Cristiano Ronaldo, and would surely be just a big a hit at Old Trafford as the Portuguese star was when he arrived many years ago.

Rodriguez would likely cost the Red Devils somewhere around £20 million for a transfer (per Transfermarkt), meaning that were they to receive an offer for Nani, they could then make a move on one of their top transfer priorities without having to splash the extra money.

United fans would no doubt welcome the move, with another star player adding serious talent and skill to the Red Devils' attack for the Premier League and Champions League ahead—that is something few fans are going to complain about.

But the cause for concern is still there for United about whether Rodriguez will be willing to come at Old Trafford to simply play the same role that Nani did—especially considering how disgruntled he became playing that role.

The 21-year-old winger would no doubt need assurances that his role within the squad would be one of primary importance and that he would receive significant playing time in both the English and European competitions this season.

If Sir Alex Ferguson can guarantee that, then this could well go through. If it doesn't, then he may well choose to remain at Porto, his current club.

I think the entire transfer will hinge on that one statement—whether or not Rodriguez will have to play the same role at United that Nani played.

Hopefully for the Red Devils and their title chances this season, the answer is no to that, and yes to the successful transfer of Rodriguez to Old Trafford.

Imagine that in your midfield diamond.

Will Manchester United make a move for James Rodriguez? 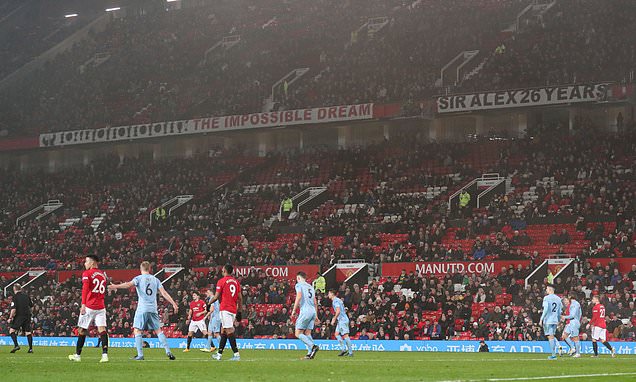