The Los Angeles Lakers acquired Dwight Howard to give them a better chance of beating the Miami Heat in June, not the Dallas Mavericks in October. Keeping one of their newest stars healthy for the long haul should be the top priority in the early going.

Howard wasn't shy to admit his ailing back isn't back to full strength yet. Eric Pincus of the Los Angeles Times passed along some quotes from the talented big man, who knows there's still a lot of work left before he returns to peak performance.

"I would say now, if I was compared to a house, I have the foundation and the walls and everything but there's no carpet on the floor. There's no heating," Howard said. "Right now the foundation is there; that's what we're building on."

Even though it doesn't sound like he will have any initial limitations despite checking in at less than 100 percent, the Lakers would be wise to limit his minutes until he declares himself completely fit. He clearly doesn't believe he's at that point right now.

The Western Conference doesn't feature a ton of depth, meaning the Lakers should cruise into the playoffs barring some type of catastrophic meltdown. That means they can afford to treat Howard with kid gloves for the first few months.

He averaged over 36 minutes per game during his time with the Orlando Magic and topped the 38-minute mark in his final season with the franchise. Pushing him that hard right now would increase the chances of an immediate setback.

Head coach Mike Brown would be smart to take a page out of the San Antonio Spurs book and roll Howard's minutes back to around 28 per game. That's what Tim Duncan has played over the past two seasons to keep him healthy.

Spurs coach Gregg Popovich has also given Duncan games off simply to rest, knowing full well having the longtime superstar ready for the postseason is more important than any regular-season contest.

That's an advantage teams like the Lakers and Spurs can enjoy. Unlike a fringe playoff contender, which would have to push Howard to the limit right away, the playoff locks can take a more conservative approach and get away with it.

Los Angeles is also dealing with Kobe Bryant's foot injury, which has him listed as questionable for tonight's opener. So Brown clearly has his work cut out for him in the short term as he tries to juggle these issues while still trying to win games.

Looking on the bright side, the team's depth players need to see action anyway. Right now, the Lakers are a top-heavy team and will need at least a few bench players to step up during the course of the season to make them true contenders come playoff time.

Any time Howard, Bryant or any of the other superstars have to spend on the sideline is another chance for players like Jordan Hill and Jodie Meeks to get involved.

It's a long season. The Lakers should take the safe route with both of their ailing stars, especially Howard, to ensure they are still standing when the regular season comes to an end. 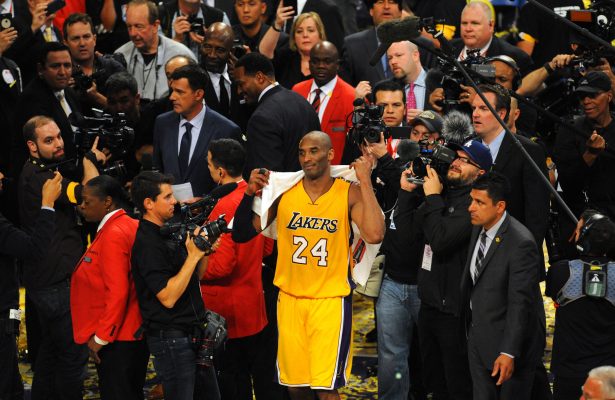