There has to be a particular moment, a specific time frame when a coach looks at a player and makes the call.

He's either getting it done, or he's not. And the question arises of when that coach pulls the trigger,  yanks out said underachiever and goes with another option—a player who actually has experience at the position.

What, or where, is Michigan Wolverines football coach Brady Hoke's breaking point? What about a backup, redshirt freshman quarterback going for 0-for-5?

Maybe the importance of the game would have something do with the decision.

He did complete 3-of-16 attempts, though. Well, six, if you count the three passes the Huskers (6-2, 3-1) caught during the crucial Legends Division clash.

While Robinson sat on the sideline battling nerve pain in his right elbow, Bellomy bumbled; he was essentially thrown to the wolves—or Huskers, in this case—when Robinson left the game after taking a hit in the red zone.

Why not use Devin Gardner, who actually challenged for the starting role? Don't forget, Gardner wasn't recruited as a wide receiver—he was a 6'4", 195-pound, 4-star rated dual-threat quarterback.

Gardner's presence at receiver wouldn't have mattered. He was targeted twice prior to Robinson's injury, and it would have been less risky to throw Jeremy Jackson or Jerald Robinson at receiver and move Gardner to quarterback.

What was offensive coordinator Al Borges thinking when he called for Bellomy to fake a hand-off, circle left and throw a comeback ball to Jeremy Gallon on the sidelines? That was a pick-six waiting to happen.

Was that supposed to be a momentum-boosting trick play designed for a frosh deep in his own territory?

And with the Legends lead on the line?

It wasn't going to happen.

But it could have happened with Gardner, whose small sample size trumps anything that Bellomy has attempted to do this season. Michigan's offense sputtered without Robinson, but Gardner could have spread the ball to receivers in an attempt to gain positive yards.

In 2010, Gardner completed 70 percent of his throws. But maybe 7-for-10 with a touchdown and 85 yards aren't enough to go with. It's a small sample size, especially when combined with a 47 percent completion rate in 2011.

But it's something. Gardner has shown promise.

Filling Robinson's shoes would have been impossible, putting in one of the other best all-around athletes on the team—a guy who can throw a football—would have been the ideal choice.

But the idea wasn't considered. That's the other baffling part of the bizarre Bellomy experience. 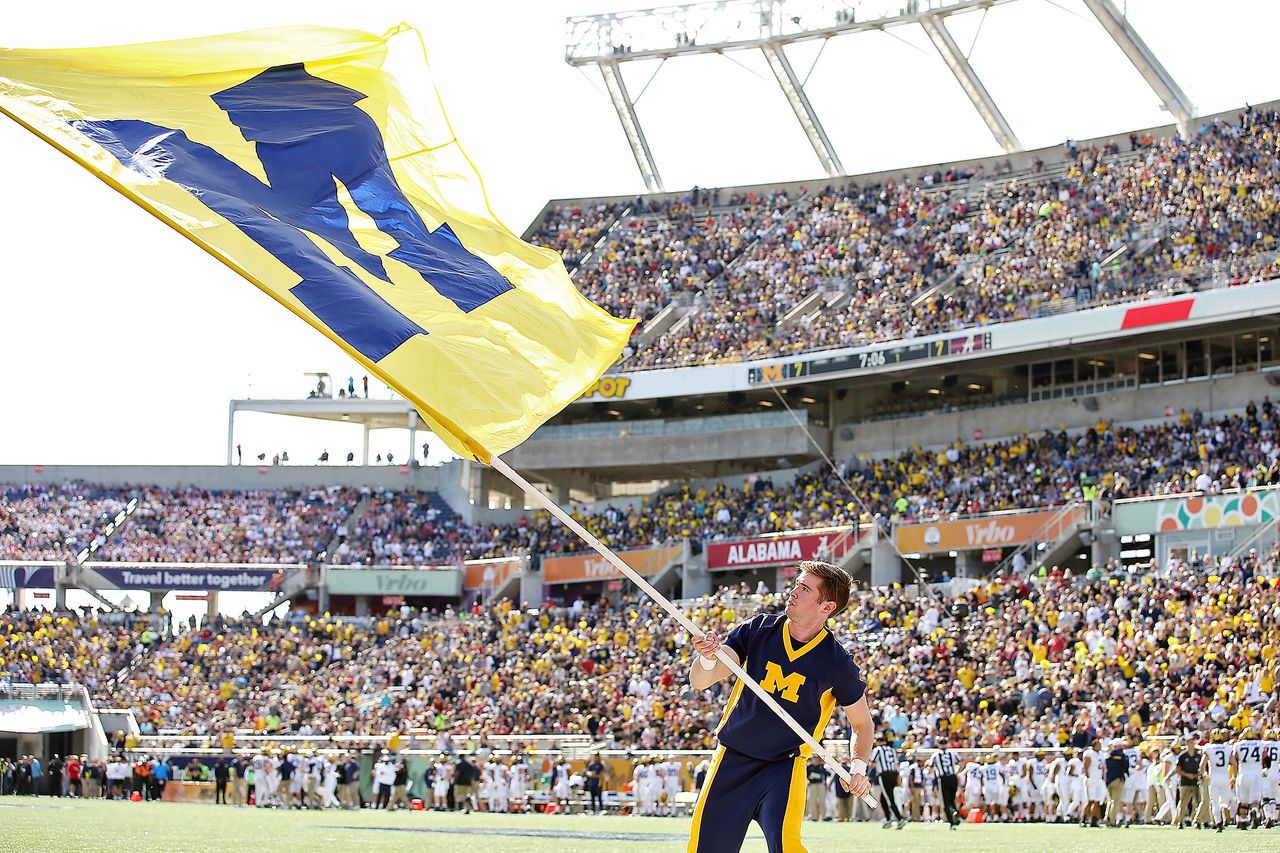 Jim Nagy Raves About Nico Collins Prior to Senior Season

Jim Nagy Raves About Nico Collins Prior to Senior Season