The Colts deserve a pat on the butt for a good start, but how are they looking now?Brian Spurlock-US PRESSWIRE

The Indianapolis Colts are 2-3 on the 2012 season and in second place in the AFC South.

In Week 7, Indianapolis takes on the Cleveland Browns at Lucas Oil Stadium.

The Colts are still a young team that is going to have bumps and bruises. There was a lot of bad coming out of their loss to the Jets, especially on defense, but that's no reason to get discouraged.

Indy can claw back to .500 with a win at home over Cleveland and wash away the bad taste from last week. As long as the team maintains forward progress, there's no reason to worry about the long-term direction.

Part of the reason the Colts struggled against the Jets was injuries. Robert Mathis and Donald Brown are still expected to be out for Week 7.

Dwight Freeney played against New York but was ineffective. He simply could not drive off his ankle at all.

Starting linebacker Pat Angerer is expected to practice and could potentially return this week.

Vontae Davis did not play in Week 6 but might return for the Browns.

Player on the Rise

Jerry Hughes has been strong all season in limited action. He's gotten playing time thanks to alternating injuries to Mathis and Freeney and has responded with pressure in every game.

He picked up his second sack against the Jets and has now doubled his career total in just five games.

Once considered a roster bubble player, Hughes now has a decent chance to at least fulfill his rookie contract.

Feel Good Stat of the Week

Reggie Wayne is third in the NFL with 593 receiving yards, but is first in yards per game. His per catch average of 14.5 would be his highest yards per catch since 2007.

Wayne has a positive DVOA and a catch rate of 59 percent, which is remarkable considering how often Luck targets him.

Given the numbers as a whole, there's every reason to take Wayne's resurgence seriously. His current pace is likely unsustainable, but there are real teeth to it.

Troubling Stat of the Week

In tracking how rookie quarterbacks are playing, Luck continues to slide down the list. Though some of his advanced metrics have been good at times, his completion percentage has plummeted to among the worst in the NFL.

It's now fair to say that several members of his draft class are putting up superior numbers.

The key indicators to watch for Luck continue to be his sack rate and his YPA. The sack rate is still very solid, but his YPA is weighed down under the volume of incomplete passes.

Ultimately, it's unlikely that this season will go down as a statistical victory for Luck. The Colts aren't doing any of the normal tricks that teams play to protect and coddle rookies.

His numbers don't mean he's not playing as well as other rookies, but if you are looking for cause for concern in Indianapolis, another few bad outings will have the national media frothing at the mouth.

The Colts were not competitive in two road games and dropped a home game to Jacksonville.

Regardless of whether or not they can score a win over Cleveland in Week 7, the schedule only gets more challenging.

The question facing the Colts is whether the offense will improve with more reps or if opposing defenses will better understand how to stop it.

If Indianapolis can answer the question of where Luck should pass the ball if Reggie Wayne is covered, they'll have a good chance to evolve quickly and could threaten to make a late-season run.

However, if the other receivers continue to struggle to get open, Luck's efficiency could plummet, and the team will find itself out of games quickly. 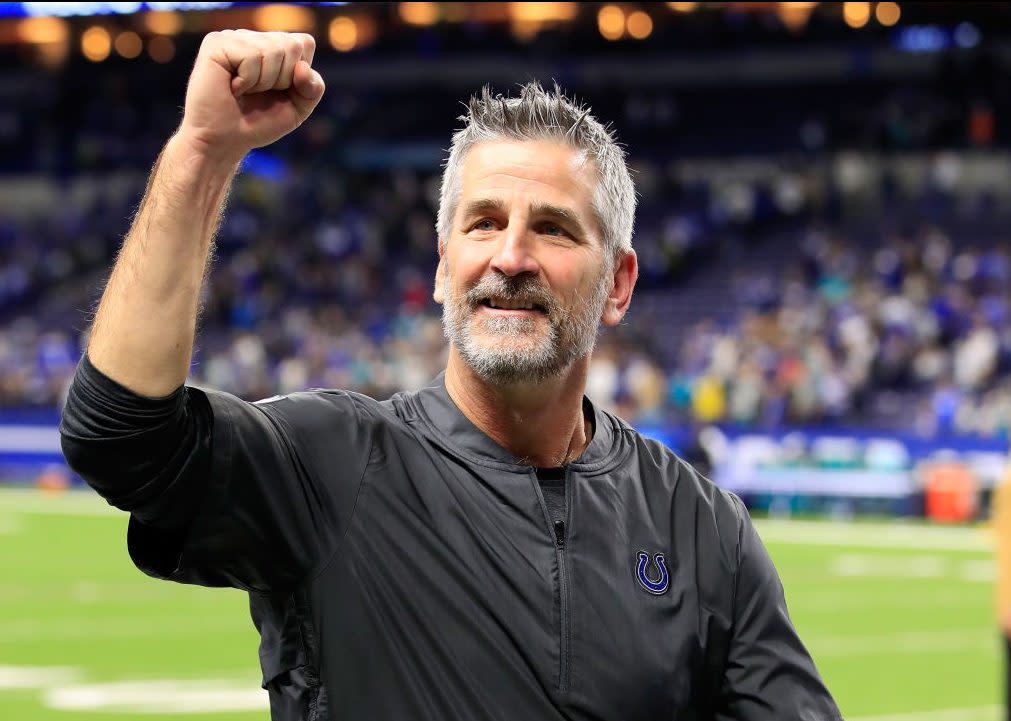