That was Chris Pronger's response when asked if he had seen the new footage of his stomp on Canucks forward Ryan Kesler.

The new footage that ended up landing him an eight-game suspension.

Until late Thursday, it seemed that Pronger would come away from the incident unscathed, as there wasn't enough evidence to indicate any intention behind his stomp.

Then a better video came out.

If you haven't seen it, Kesler falls to the ice while attempting to finish a check on Pronger. From there, you can clearly see that he makes an attempt to trap Pronger's right leg between his two legs. Pronger, staring down at Kesler's legs the entire time, lifts his leg twice. The first time, Kesler's legs loosen enough for Pronger to disengage from Kesler.

Well, that would be the infamous stomp.

Now the argument could be made (if you're a Pronger "Purist") that the second stomp was "accidental," and he was merely trying to get away from Kesler.

But if you watch the video, you see that Kesler clearly releases Pronger's leg after he tries to wriggle out the first time. Pronger is even staring at his own foot as he lifts and drops it onto Kesler's leg.

And for this, he got eight games.

It's not the first time Pronger's been suspended. For every suspension that hockey "experts" have blamed on Pronger's sheer size (possibly the McAmmond hit...I said possibly), he has gone out and slashed, cross-checked, kicked, and even left the bench to attack opponents.

Whatever the reason, though, Pronger is treated differently.

The reason they don't do these things is because they know what they represent.

Because they live in the spotlight, it's up to them to help create positive headlines for their sports, and to encourage people to come out to games for the sportsmanship, the competition, and the excitement—not the brutish attacks.

That's why I think Pronger's tenure as an "ambassador of the game" is officially over. Do we really want someone who publicly refuses to play for a city and has been suspended eight times representing a sport that's struggled to stay alive in more than a few markets?

That's like saying that Jose Canseco is an ambassador for fair play across the sporting world.

Still, because of his achievements, Pronger is someone the NHL wants to protect. Chris Simon stomps on Jarkko Ruutu and he's gone for 30 games—and sent to counseling to boot (not to say he didn't need it). Pronger stomps on Ryan Kesler, and he's gone for eight—because he's still pretty-boy Chris Pronger to the NHL hierarchy.

Simon allegedly uttered racial slurs against Mike Grier, in retaliation for Grier making remarks about Simon's native heritage. Although there was never formal proof as to whether or not the language was used, Simon was suspended three games.

If Pronger were to drop a racial slur, he'd have to be mic'd up in order for the NHL to even remotely care about it, let alone consider suspending him for it.

Note: Even if it was in retaliation, I'm not saying Simon's slurs were okay. I felt it was just important to note that Mike Grier also used racial slurs.

Am I insinuating that Pronger should be given 30 games for his conduct?

If I were Colin Campbell, however, I'd start with the remaining nine games of the season and then the first four games of the playoffs, in an attempt to check Pronger's disregard for the safety of his fellow athletes.

Think about this: Colin Campbell stated that Chris Simon received a 30-game suspension because he had repeatedly shown an inability to control his own actions.

But doesn't kicking another player, leaving the bench to go after an opponent, and slashing a competitor with the intent to injure display an inability to control one's actions?

Chris Pronger has aptly shown that inability over his career, resulting in eight suspensions—the same as Chris Simon.

What separates them, however, is notoriety.

Why don't you ask Chris Simon how he feels about that? 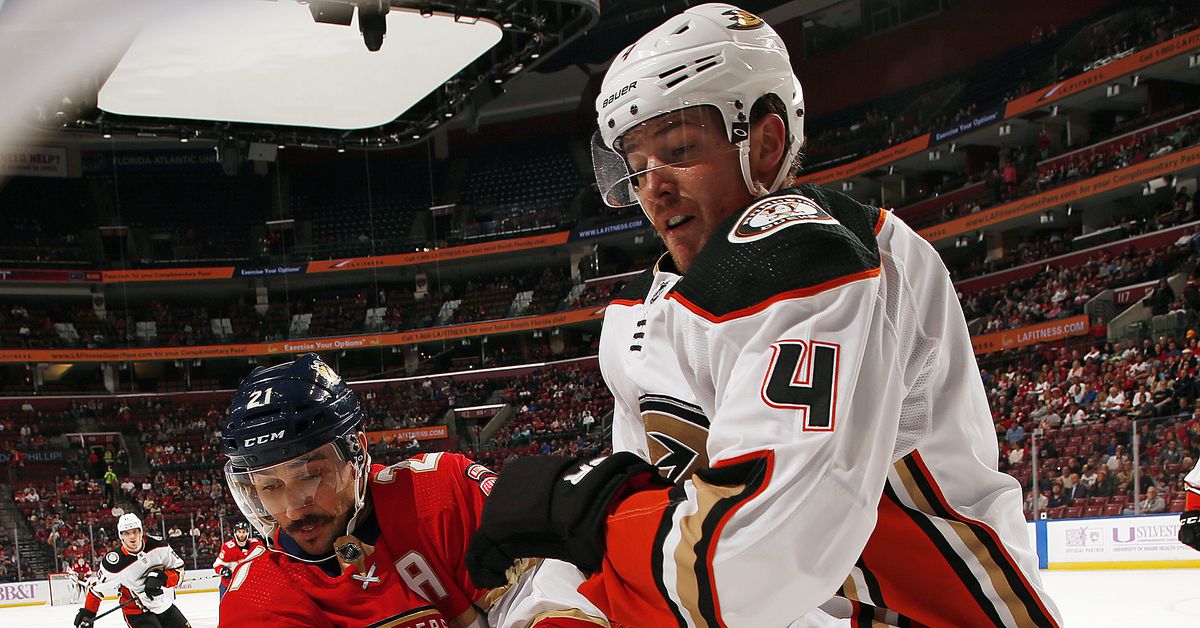