The Los Angeles Dodgers pushed all of their chips into the center of the table, took on some massive payroll and made a play to win right here and now.

Forget the inevitable grumbling in a few years when the severity of the Adrian Gonzalez, Josh Beckett and Carl Crawford deals are made clear. The Dodgers want to win and win in 2012. Besides, other moves and teams are motivating this deal.

No, not the Giants trading for Hunter Pence or other clubs gearing up for the Wild Card chase. The Dodgers made this deal as a reaction to the Lakers trading for Dwight Howard.

Not just the Dwight Howard move, but the Lakers also brought in Steve Nash. The Clippers still have Blake Griffin. The Kings are coming back to defend the Stanley Cup. The USC Trojans have their ban lifted and will be contending for a national title.

This could be a glorious decade for Los Angeles sports fans. But it will also be a crowded one for the short attention span of L.A. and to get control of their eyeballs and wallets.

Los Angeles will be first and foremost a Laker town. Nobody knows that better than the fellow named Johnson who is currently in the Dodger front office. And the Lakers looked like they were heading down the path of regression after a pair of disappointing playoff appearances and an aging roster.

Then, along came Dwight Howard and Steve Nash and the Lakers are again the talk of the town.

And the novelty of USC football will be huge in the city as their purgatory is over and, according to ESPN.com, the Trojans are ranked number one in the AP preseason poll.

Throw in the Kings unlikely Stanley Cup victory and the scores of new fans who were introduced to hockey for the first time in their life, and there are a lot of sports options this fall in Southern California.

And a lot of reasons to not pay attention to the Dodgers if they are fading.

Dodgers fans desperately want a champion again and are willing to embrace big stars and a playoff team. Remember how quickly they loved the last big-budgeted Red Sox star who overstayed his welcome with Manny Ramirez.

But those same fans could be watching the Lakers, Clippers, USC or the Kings if the Dodgers fade away.

The group led by Stan Kasten and fronted by Magic Johnson paid, according to The New York Times, $2.3 billion for the Dodgers. And, according to Reuters, are in talks with Fox for a multi-billion dollar television deal.

If order for the investment of the purchase of the team and the Fox deal to make sense, they have to have the attention of the city of Los Angeles. And that is an uphill battle with Dwight Howard playing for Magic Johnson's old team.

Why did the Dodgers take on the miserable contracts of Josh Beckett and Carl Crawford and the inevitable albatross that will be Adrian Gonzalez's deal from the Red Sox? They have billions of dollars at stake. 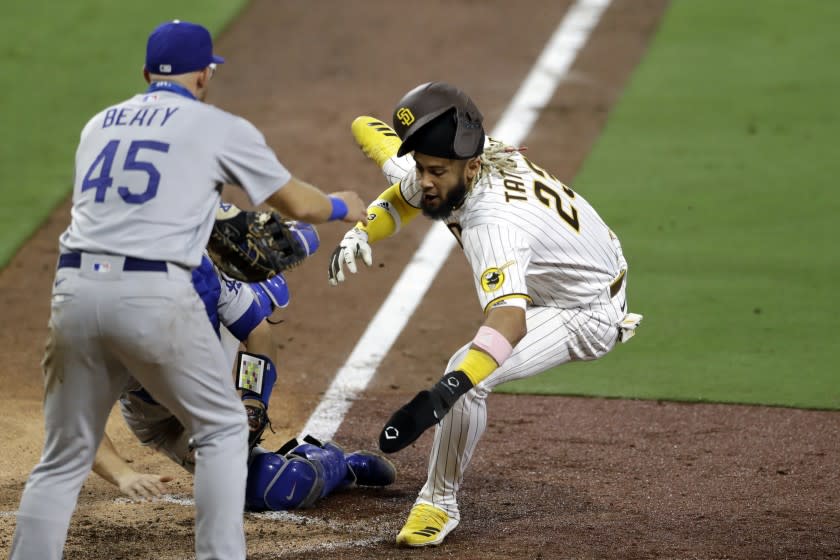