The World's Largest Outdoor Cocktail Party between Georgia and Florida in Jacksonville, Fla. is widely regarded as one of the top rivalries in college football.

With renovations being made to Jacksonville Municipal Stadium to prepare for the NFL's Jacksonville Jaguars, the rivalry was moved to Gainesville in 1994 and Athens in 1995.

The 1995 meeting was one that Florida fans will remember forever, and Georgia fans would like to forget.

Florida rolled into Athens for the first time in 63 years with a 6-0 record and a No. 3 ranking, while Georgia was 5-3 and looking for answers.

They didn't get them.

Florida quarterback Danny Wuerffel tossed five touchdown passes and threw for 242 yards in just under three quarters to give the Gators a huge lead, but the Gators weren't finished.

It's been said that Florida head coach Steve Spurrier said that he wanted to be the first coach to hang "half a hundred" on the Bulldogs in Athens. That story has been disputed in recent years, but whether it was Spurrier, assistant coach Lawson Holland or somebody else that pointed out that nobody has ever scored 50 or more points on Georgia in Athens, that number was a goal.

Florida's actions on the field prove it.

Backup quarterback Eric Kresser continued the onslaught in the fourth quarter, tossing two more touchdowns, including one with 1:10 remaining in the game to give Florida the 52-17 victory.

Whether Spurrier actually intended to hang "half a hundred" on the Bulldogs or not doesn't really matter. It happened, and Spurrier isn't apologetic for it.

"It wasn't that big of a deal at the time because Georgia people had already left the stadium," he said, according to the Florida Times-Union. "I guess there might have been a couple thousand Georgia people in there. Most of them didn't even see it."

The 1995 World's Largest Outdoor Cocktail Party was historic for all the wrong reasons for Georgia, but it is one that Florida fans will never forget. 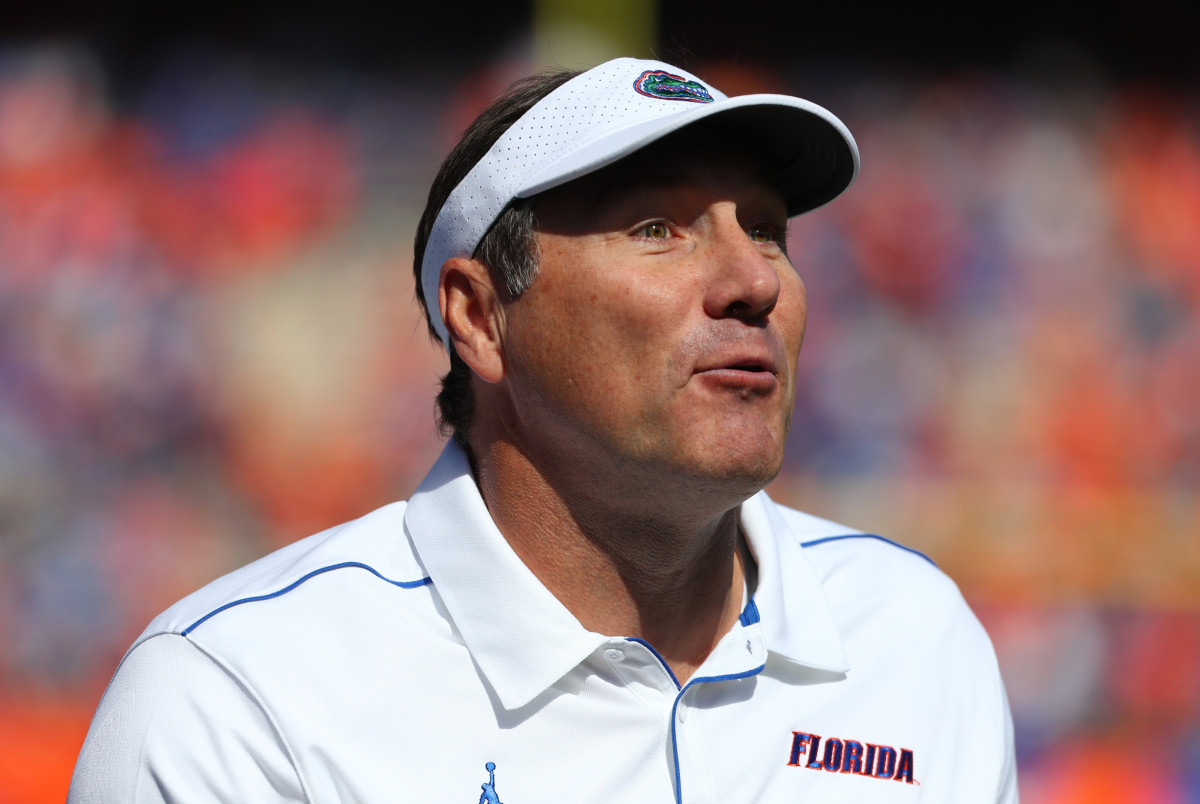