It’s hard to argue too much with the success of the Dallas Mavericks and Mark Cuban over the last decade, although until 2011 we certainly saw a lot of goodness rather than greatness.   The championship seemed to turn on the light of hope that Dallas might be moving into the elite category of teams like the San Antonio Spurs.

Unfortunately things didn’t work out that way due to interest in the future free-agent market and many are finding themselves realizing that hindsight is 20/20.  However for some of us, THAT particular old adage is not the cliché that stands out the most, as the course Cuban and the team chose to take brings up at least two other time-tested truths that should have been followed.  Well maybe more...

Since when does a championship team, albeit an aging one, merit rebuilding?  Doesn’t that usually happen after there is some sort of decline?   A championship team is not just personnel—it is a team that has chemistry making it greater than the sum of its parts. Assembling another group of comparable talent is no guarantee of success.

Dirk is not young but he is still playing at an MVP level and even in 2011-2012 the only downside was due to injuries.  Arguably the second-most important cog in the wheel, Tyson Chandler,  was only 28 last summer.  In fact, of the most important members of the team, only Jason Kidd has shown a significant decline in production.   One would assume a solid basketball operation could not only win another championship but continue to find good veterans and draft picks year after year to keep the franchise playing at a high level without having to dump half the team chasing the two biggest free agents everyone else wants too.

Tyson Chandler took his talents to New York and won Defensive Player of the Year honors...

Which leads me to

Quality big men are a rare commodity in this day and age and along with the reasons listed above, Tyson Chandler in particular stands out as someone you don’t let walk, particularly from a team historically devoid of even passable centers.   Defensively he is on par with Dwight Howard and while he is not as strong offensively, he is certainly solid.  Perhaps more importantly, his enthusiasm and attitude are a huge plus for any team.  Contrast that with Howard, who is often regarded as selfish and a drama queen.

Deshawn Stevenson and JJ Barea, aside from their specific basketball talents, which were considerable, similarly brought intangibles to the team that can’t be easily replaced. Even Caron Butler, though not a part of the championship run, was the Mavs’ second leading scorer prior to his injury and proceeded to score even more this season with two primary scoring options ahead of him in L.A.   Caron also is an emotional player and a solid defender.

Overall when you have this type of team at the pinnacle of success and a strong possibility of a repeat, throwing it away on a pipe dream of obtaining the market’s two most coveted free agents doesn’t strike me as being necessary or even good planning for the future.  The competition for signing superstars is fierce and while the chances of nabbing Deron Williams are decent it is certainly not a lock.  Meanwhile,  Dwight Howard spent the season throwing his team into emotional turmoil and ended up injured with a herniated disc, which is no small problem in the long term...trust me,  I have three of them.

And then there would be

...and as long as we're dabbling in rock and roll here, Sha la la la la la Live for Today!

Only Jason Kidd was really starting to show his age and age in and of itself doesn't mean everyone else on the team was in decline.    It's not as if they guys let go were the old ones - the oldest, Caron Butler, had just turned 31.  So we were supposed to expect the other guys - Dirk, Terry, Marion, Kidd...to continue in suspended animation for a year while waiting for the big fish, instead of heading into the next year as a strong contender to repeat?  Sorry, I can't fathom the logic behind that even when it's about money and the future.

While some of the stop-gaps worked out reasonably well (Delonte West, Vince Carter) we all know the big #FAIL that no one could have imagined; however the type of anomaly that is Lamar Odom Kardashian is exactly why the aforementioned adages apply as does another one:  the Mavs gambled and lost.

I'm racking my brain and having a hard time coming up with some sort of historical precedent, you know, an example of a professional sports team which was deliberately disbanded immediately after winning a championship, rather than every attempt being made to keep it together and defend the title.

Oh that's right.  That's because there isn't one.

Even now the Mavericks would do well to have a well-rounded approach that can bring success without a lopsided effort to land one superstar at the expense of the supporting cast - particularly in the same manner that jettisoned proven cogs in the championship wheel.  The CBA will come around to bite everyone in the league sooner or later and well…I hope the Mavs will get lucky but in the meantime, I suppose patience is a virtue.

The Mavs Could Be Dangerous in the Postseason 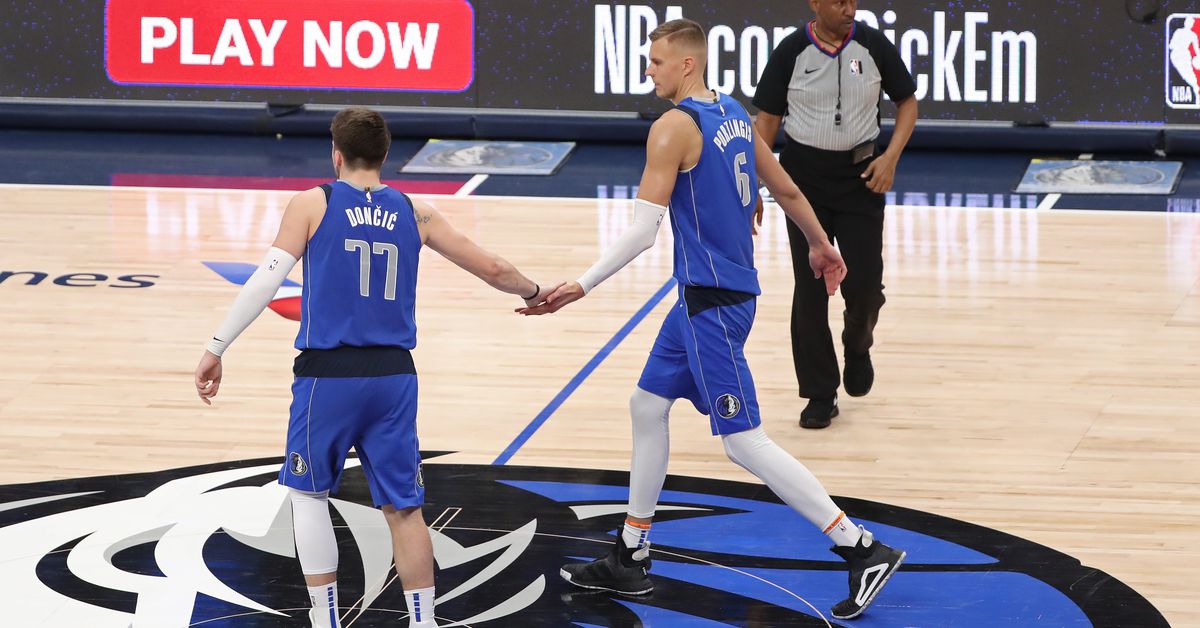 The Mavs Could Be Dangerous in the Postseason