Sidney Crosby is one of the best players in the world, and there are only about two or three players I'd take over him to build a team around. $8.7 million a year is even a great value in my opinion for a player of his caliber.

However, there is one problem with signing Crosby for 12 years, and you already know what I'm going to say.

To me, Crosby is just like Eric Lindros. They were both known as "The Next One," and even though Crosby may be a more skill-based player and isn't nearly as physical as Lindros was, they are among the most talented players of their times.

Crosby's career so far has been historic. He has led his team to a Stanley Cup, scored the "Golden Goal" in the 2010 Olympics, and has been among the league leaders in scoring almost every year.

However, since New Year's Day 2011, Crosby has been the subject of something else that Eric Lindros was known for.

Crosby missed half of the 2011 season with concussion-like symptoms, as well as three quarters of the 2012 season. He came back for the playoffs, but it may be only a matter or time before a concussion strikes again.

Hockey is a very physical game. if Crosby is hit just right, like he was before, it could be career-marring, or worse. Even if he is injured and returns, he could end up not being the productive player that he is now, which would be devastating for an $8.7 million player.

When Crosby went down last year, some were saying his career was over. Not just as a star, but completely over.

Obviously, this is highly unlikely, but players who have had concussion issues in the past are more likely to have their symptoms aggravated, and if he gets hit like he did by Dave Steckel, he could suffer massive head trauma and be permanently damaged.

It happened to Lindros. It can happen to Crosby.

Also, there is always the possibility that someone could take a cheap shot at Crosby, especially being in one of the more physical divisions in hockey.

Cheap hits to the head have been increasing in recent years, but seem to be on the decline thanks to "Sheriff Shanny."

Still, if Crosby becomes the victim of one of these hits, as he is one of the most highly-targeted players in the league in terms of physicality, the effects could injure him more than average players due to his history. That's how concussions work.

I don't blame the Penguins for re-signing him. He is one of the best, if not the best hockey player in the world, and $8.7 million a year is a decent deal for someone as skilled as Crosby. 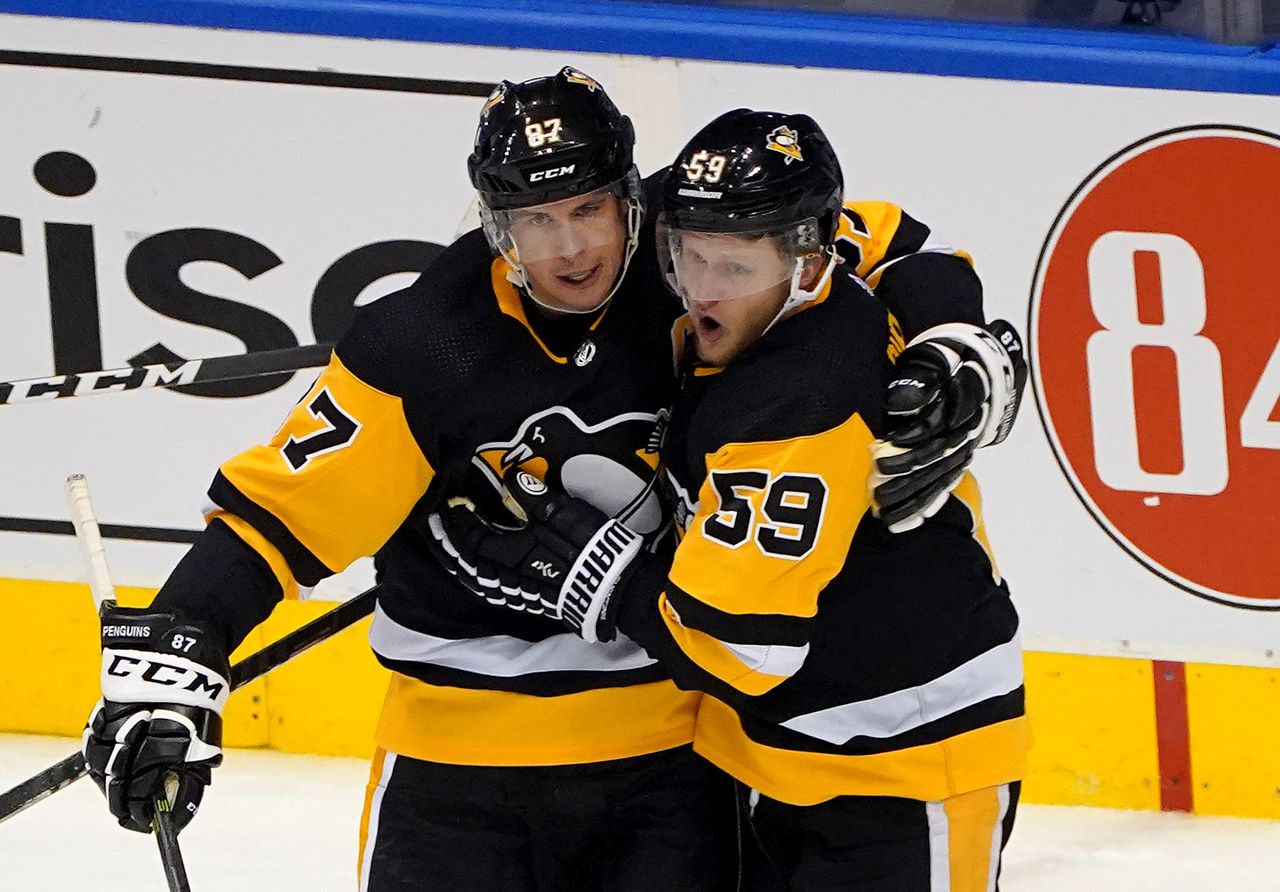 Gameday Game 3: Pittsburgh Penguins Lines, Notes and How to Watch

Gameday Game 3: Pittsburgh Penguins Lines, Notes and How to Watch