Chicago Bulls forward Brian Scalabrine is one of a kind.

There aren't enough words in the English language to describe him.

And while only averaging 13.3 minutes per game, 6.5 in the last three seasons, he is a fan favorite wherever he goes.

After being drafted by the New Jersey Nets in 2001 out of the University of Southern California, Scalabrine has since been with two other teams: the Boston Celtics and the Chicago Bulls. And his best season was the 2004-05 season with the Nets when he averaged 6.3 points per game while playing 21.4 minutes a game, 14 of which he started.

But don't let the stats fool you. Inside, Scalabrine is a man's man.

There are arguably few other players who are as knowledgeable about the game than he is. By spending most of his career watching from the bench, he has come to understand the game in a way very few players can. In this way, he is very valuable to coaches.

And this is why he ended up with the Chicago Bulls.

When Tom Thibodeau came over from the Boston Celtics, Scalabrine came right along with him. Not to be a star player, but to be the player-coach he is now. Scals knows Thibodeau's system better than anyone else on the Bulls. If younger players were struggling with the new system (e.g. the 22-year-old Derrick Rose and 24-year-old Joakim Noah), he would be able to answer any of their questions and assist them, helping teach them the way Thibodeau would want them to play.

Then there's the obvious outside of the White Mamba.

In his headband wearing days, Scalabrine could easily be described as someone who came over from playing pick-up basketball at the YMCA. He just didn't look like someone who would play in the NBA. And that's probably where all this love came from. To the NBA fan, Scalabrine looks like the Average Joe—someone who everyone can relate to. And when he is able to hit the three-pointer, that just makes it even more the better.

It's not just the looks that make him so lovable; for someone who doesn't have much to brag about, Scals sure knows how to run his mouth.

That just makes him all the more lovable.

In a recent ESPNChicago article, Scalabrine explained what would happen should one of the starters go down:

Now before anyone tells him that an NBA game is 48 minutes, this is a perfect example of the classic Scalabrine. He knows full well that he will rarely see court time, but he talks like he is the missing link for a team to win a championship.

To top it all off, Scalabrine is extremely fan friendly. Wherever he goes, he won't hesitate to talk to people and have a normal conversation, maybe even crack a few jokes. Not only is he a famous NBA player, but he is also someone you would love to have over on a Saturday night to hang out with. Through his almost cult following, Scalabrine still remains human.

And that's the great thing about him. While he takes the game seriously, he doesn't take himself too seriously.

Now, after moving through two cities, Scalabrine has found himself in the Windy City. He is as loved in Chicago as he was in Boston and New Jersey, where they make signs and T-shirts whenever he comes back.

Lucky for him, his career was given a boost by the Chicago Bulls TV team of Stacey King and Neil Funk. On air, King is constantly praising Scalabrine and begging Chicago to pay attention to him.

King's greatest line about Scals is calling him "the man, the myth, the legend."

Don't worry, Brian Scalabrine's legend will last a long time after he is gone.

And if you want to laugh at him, go ahead. I'll guarantee you that he'll be laughing right along with you.

Bulls vs. Hornets final score: Chicago struggles on offense as they lose their seventh straight 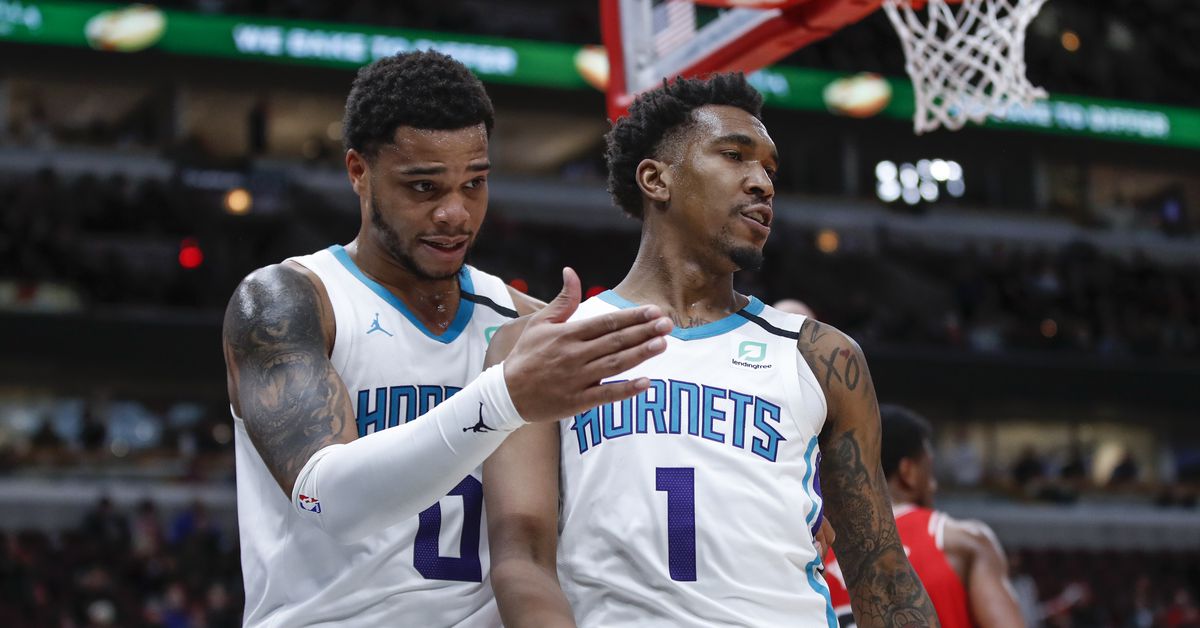 Bulls vs. Hornets final score: Chicago struggles on offense as they lose their seventh straight